It Friday... one day closer to Christmas... the Holiday I'm so ultimately not prepared for.  Yep - as of last post, I've only marked one person off our list.  Only 37 more to go... & how many days left?  I dont want to talk about it... instead, let's FRAG!!


*****
I kept hearing everyone talk about it, & I just found on Hulu that they're showing all the episodes... so I'm proud to announce, I'm now addicted to "Revenge".... wow!  What an interesting show! I think its weird that we cheer on the main character that is set out to ruin people's lives that wronged her... only a good TV show can make you do that.  "YES - she ruined that person's career! (insert, "Family" "Life" "Marriage")" ... not something you say in ordinary life.  At least I hope not.

I am still so excited that Beauty & the Beast comes out in theaters in 4 weeks!!!!  3D... I cant even imagine.  I keep telling everyone, it'll be like actually being IN the movie.  I may cry!

I'm debating wearing my gold Belle gown to the movie theater.  Wonder if I'd get looks?  I know that'd be one sure-fire-way to make sure Ricky wouldnt go to the theater with me :)  Hey - at least I'm not asking him to wear the Beast Costume I have!

Here's Jordan who dressed up like Cindy Lou Who!!! Isnt that adorable?!?!  I was going to try & dress up like the Grinch with her, but the day didnt allow it.  She still pulled it off looking fantastic! 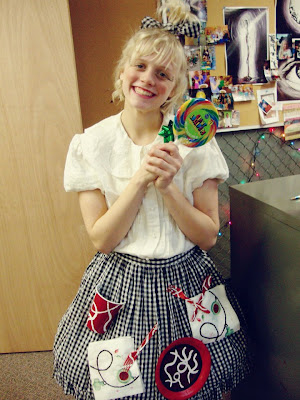 & we had contests to wrap up a person... in 5 minutes... here's the Junior High winner.  Complete with bows for eyes :) 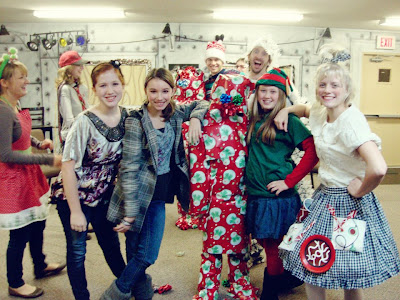 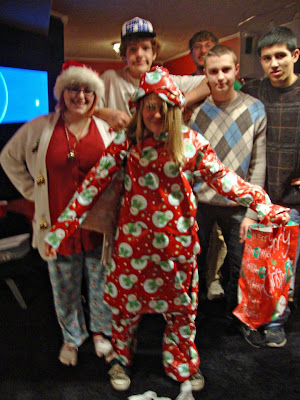 Sr High was complete with a hat & an accessory bag.  I wish you coulda seen the back of it.  They had it to tailored to fit her - it was actually impressive.

Hey - Just remembered... go on over to my book blog for a chance to win a new book called "Night of the Living Dead Christian" ... right now, there's only one entry.  (Lynn, you can make everyone stay away & be the for-sure winner!)
http://www.rebeccajosbooks.blogspot.com/


*****
So I took off work to do some Christmas shopping on Wednesday... well, it ended up being 65 degrees & beautiful.  I ended up scrapping Christmas shopping (see why I'm in trouble?) & doing an engagement session.  Look at this girls eyes... these are not touched up in ANY way - they're naturally like this. 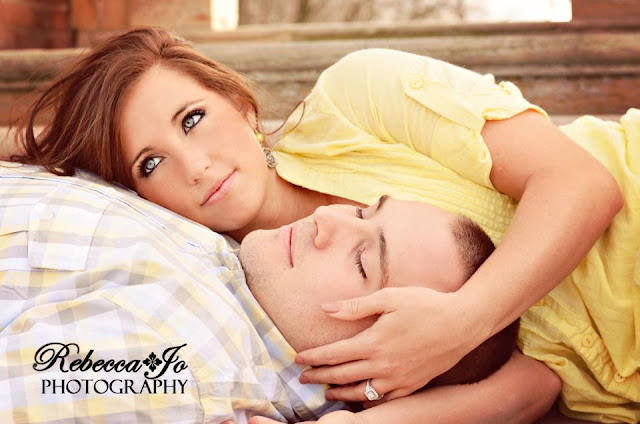 She reminded me so much of my sister in law who has those blue-clear-beautiful eyes...

Here's another shot I love... 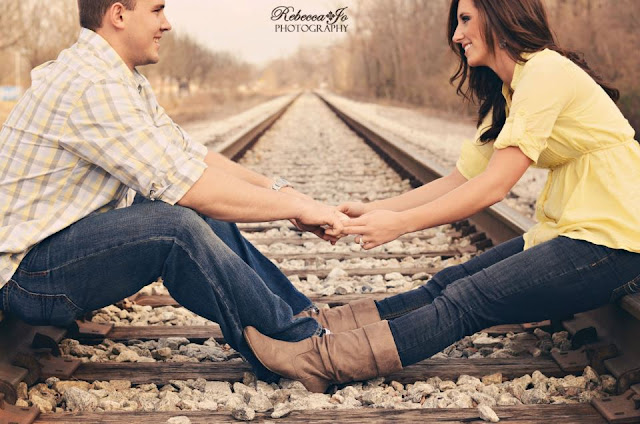 But the coolest thing of all - we got to go into the Papa John's Football Stadium all by ourselves & do some pictures!  She is a former Lady-Bird (the dance team) & he is a former Cardinal cheerleader. (how neat is that?) & he still works for the sports department of the University of Louisville.  I was actually a little overwhelmed walking in & knowing we had the place to ourselves.  And there was a ladder right there too that I could use... got some cute pics... but here is just one. I told them they had to sit on the 50 Yard line since marriage is about 50/50.  I was just hoping my University of KENTUCKY fan of a husband wouldnt be too upset that I was as star-struck as I was in the stadium :) (He actually thought it was pretty neat himself) 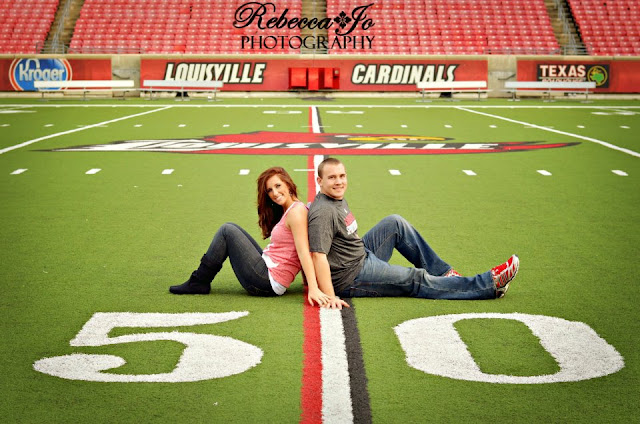 I think in the end, it was a good idea to ditch the Christmas shopping...


******
SPAT OF THE WEEK:  HICCUPS!!!! .... I had just finished dinner when I got hiccups.  Now, just finished eating, I thought I was going to throw up my bean burrito with every hiccup.  I'm not one of those cute little "hiccup'ers"... I'm the kind that has an echo'ing, loud, sound like a fog-horn hiccup-er.  So Ricky comes up behind me & screams & throws something on the counter.  It make me jerk forward like someone stabbed me.  The dogs even scattered.  Zoe, who is nervous anyways, took off like a bat out of Hades... Bruno ran to my legs... Sydney jumped up... & Buffy ran & got a ball. (It doesnt matter what happens, Buffy goes & gets a ball).  I turned around & started screaming "WHY.WOULD.YOU.DO.THAT?" ... he just kept laughing.  The thing I hated.. it did actually work - my hiccups were gone.  I told him if he did it again, my hiccups wouldnt be the only thing gone... my heart would be too because it would have bursted from the scare!

I'm so mad...my favorite Old Navy Grey t-shirt, I got bleach on it while I was cleaning the kitchen... & then I found this idea on Pinterest...

Now, what to creat out of my "spots" on my shirt... this should be interesting! ... it'll probably just turn into a smiley face... I cant draw.

Hope you all have a FABULOUS FRIDAY!!! & wish me luck on the Christmas shopping thing!