The weekend the movies came to our home

Most people care about the NBA... a lot of people are all about the Super Bowl! ...You have your Baseball League fans...around here, its all about College Basketball.  Me? Give me tennis every time! So this past weekend, I was one happy camper - WIMBLEDON FINALS! 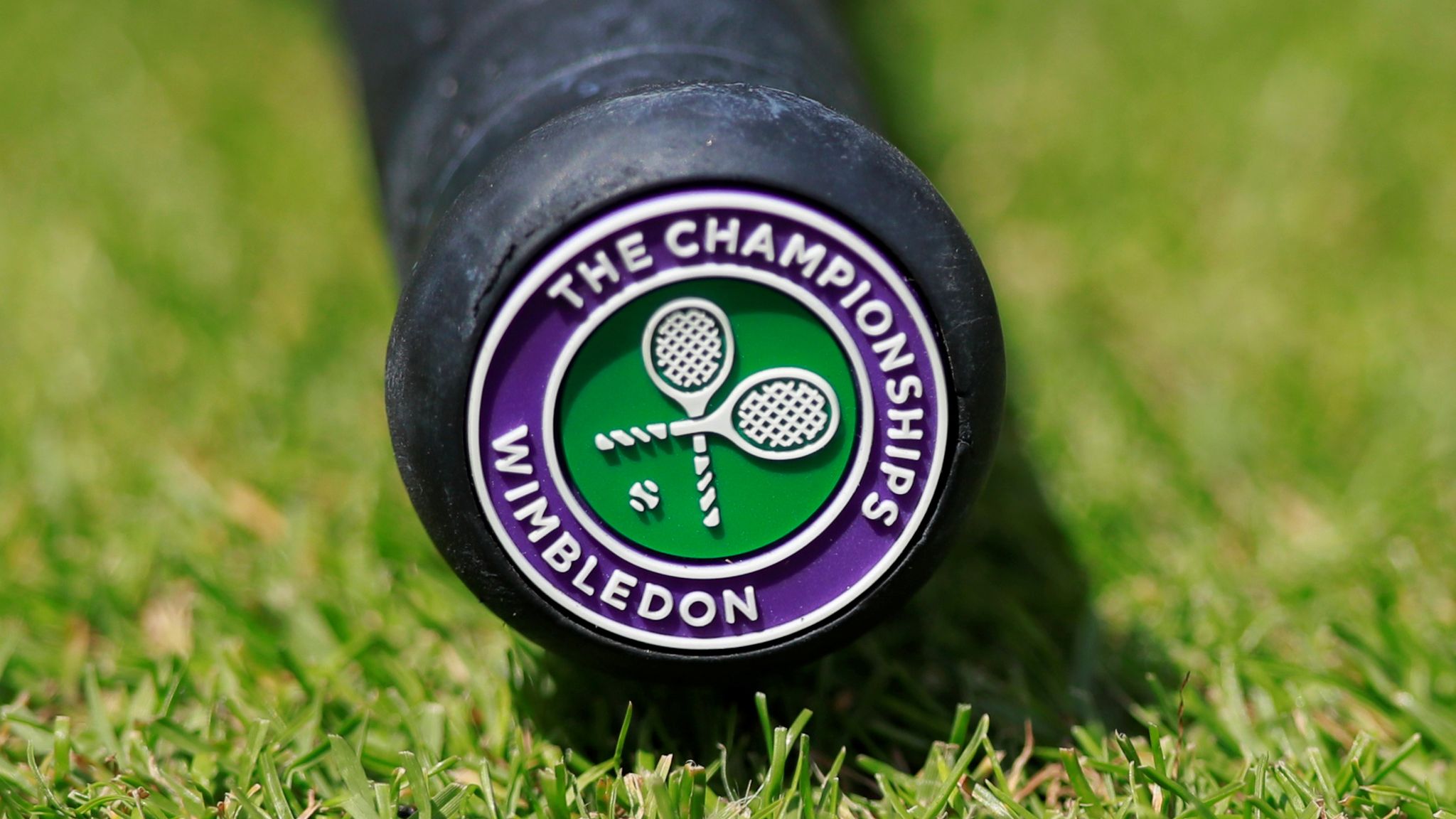 Seriously - I plan my mornings around them & give Hubby the same lines he gives me when basketball is playing.  "Dont bother me unless you want to enjoy watching the game"... which he did every now & then.  I was super excited though.

I enjoyed the women's round on Saturday - didnt have either that I was really rooting for so it was enjoyable to just watch the match.

Sunday though, I am here for Novak Djokovic.  I wasn't initially a fan of his a few years back - but I think what made me really like him was watching a documentary on him & hearing about his choice to go to a vegan lifestyle.  He was having issues with his body, aches & pains in joints & digestion - sluggish... & he turned to a full all plant based lifestyle.  People were giving him a lot of grief about it & saying he wouldn't have the power to play hard & have the stamina to keep up in the tennis big leagues. Guess he showed him.  I know - what a crazy thing to make me change my mind about him.... but it does influence me... AND, yes, he's an incredible tennis player! 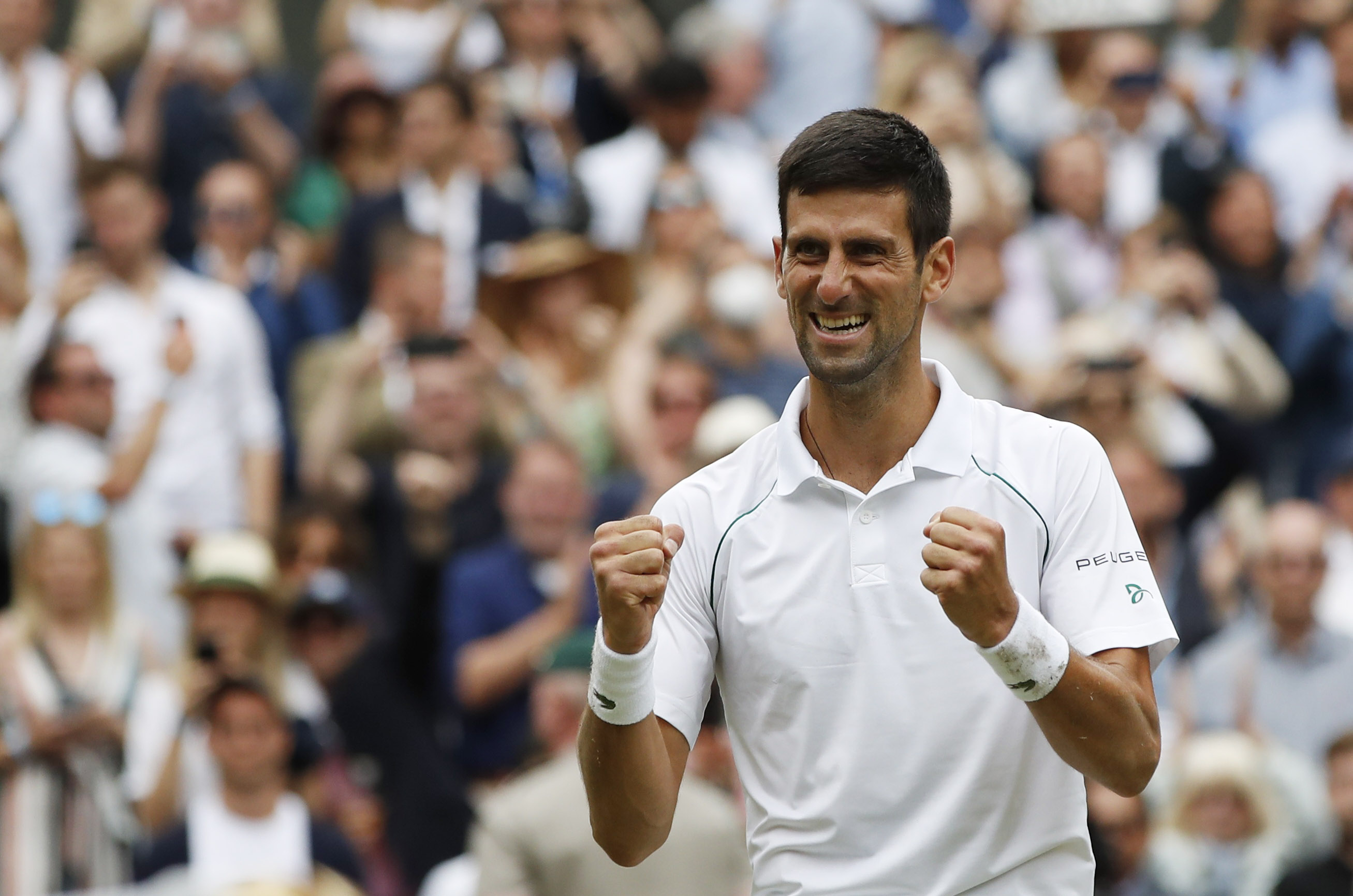 I also love the beauty of Wimbledon.... I mean, there is a ROYAL BOX. What else do I have to say about that?

I loved seeing William & Kate on the Women's Finals day - but my heart really smiled on the men's finals where Kate went with her dad!  I played tennis because of my parents & me & my dad played so many hot summer nights. He was the one who taught me everything with tennis.  & it was so fun to go watch my nieces games with him too. I hate he passed away before he saw how good she truly got.

A daddy/daughter moment always will get to me.

Anyways... enough about Wimbledon. I'm now pumped & anxious for the next few months when we get the US OPEN!  Come on Djokovic Win all the Grand Slams this year!!!

Book reading in breaks of humidity.... 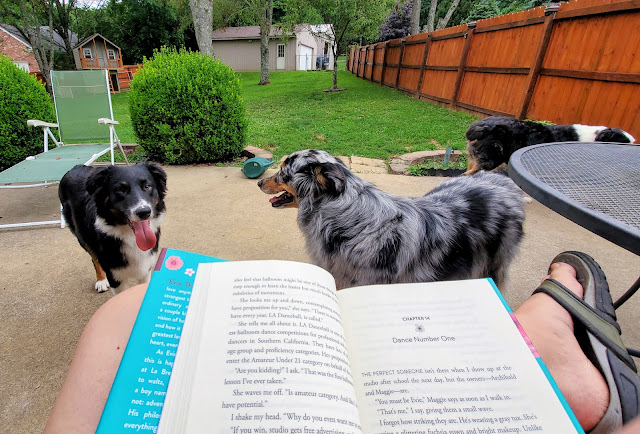 & we got breaks in the humidity because of skies like this. 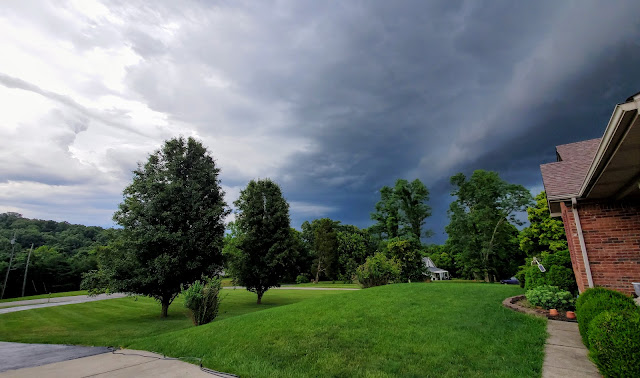 So many storms popping out of no where.  I walked out of my door & saw that clear sky ahead & started walking down the drive & noticed the black behind it. That was daunting.

The most irritating part of the weekend was Ozzie learning a new trick..... 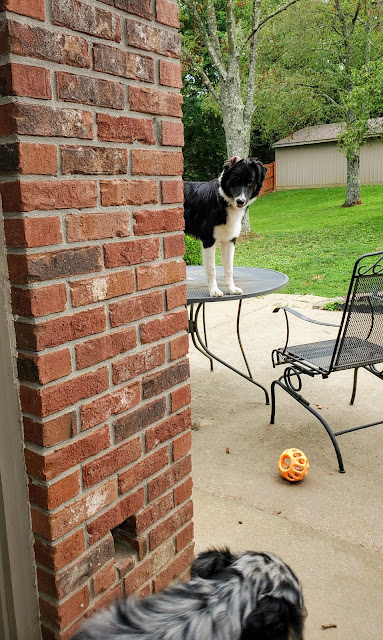 He was playing with a ball, fetching, bringing it back - & was FLYING back to me when all of a sudden, it was like he didnt realize how fast he was going & couldnt stop - so instead, he SOARED up in the air & landed on the table. It was really kind of funny because he just stared at me & we both took a second to realize what happened.... but now? Oh, game is ON because that pic above - that's what I walked out to later to find.  ALL WEEKEND LONG - I'd find him on the table. His new favorite place. Geez. This dog is fearless... & so super clumsy - so that's terrifying.
One of the good highlights this weekend was we paid for the access to watch Black Widow at home. 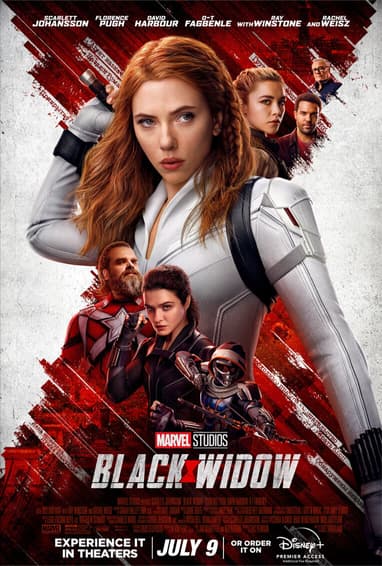 Hubby wasn't too thrilled paying $29.99 but I reminded him what the cost of 2 movie tickets were & the added cost of snacks & drinks - I mean, even bottle water is like $5.00.  & hello - a PAUSE button. Perfect for my small bladder that needed to run to the restroom twice during the movie. I didnt have to miss one thing.
We REALLLLY liked the movie. I'm glad - I probably would have been a little bit more bitter about paying that price if it wasn't good - but it lived up to the Marvel Universe of movies.
Seriously though - I would almost pay for any movie I really want to see to watch at home.  Technology is so good now - with big screen TV's & surround sound systems at home.... I'm here for it.
& one of the other big highlights of the weekend - I got to visit my mom. She got moved into a rehab center & they just opened up visitation there. She was in the same one a few weeks ago & they didnt allow any visitors.  Now, the time is limited - I wont be able to make it on week days because they'll close right as I get there after work... but made sure to visit on Saturday & Sunday. 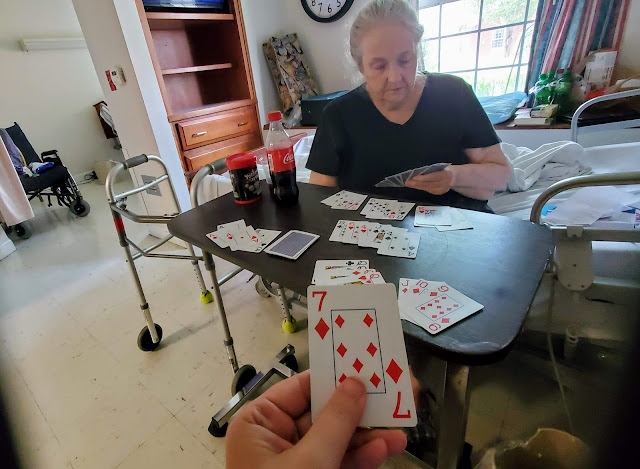 So there we go - another weekend for the books.  GAME. SET. MATCH

Did you watch any of Wimbledon?

What is a dumb trick your pet does?

Would you pay to watch a new release movie at home to avoid the theater crowds?