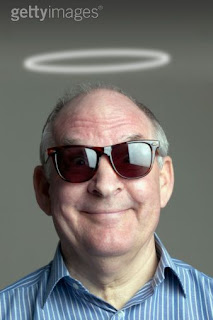 How's that for an inviting welcome to my blog today?
Actually, I should say it in a more kind & gentle way -  I should say "You're not perfect' ...
Now, you'd think everyone would know that... right?  But I'm finding lately that there are more people who think they have the "perfection" thing going on pretty nicely.

For those of you who didnt have fun reading my Facebook or Twitter posts the other day, let me fill you in.

There was a coworker who was sitting in another coworkers office, going over some reports, when all of a sudden I hear this:


"Are you saying I messed up?
(insert dramatic breath here)
Because I NEVER mess up"
And the word NEVER was very stressed ...

I sat with my jaw dropped... mainly because this wasnt a joke... this statement was TRULY believed!

I thought back to another incident.... I once tried to tell someone that they were being lied too... & this was the response I received:


"Do you really think I can be duped?"
I just sat speechless at this question that was posed to me. Because I wanted to say,
"Why YES!!!! I do believe you can be duped - why do you think you can't be?"

But I didnt say anything of that nature...I just sat sort of shocked that anyone would think they couldnt be duped....

Afterall, I was sitting in front of this person knowing for a FACT that he had been lied to & he had in fact been duped.  I have since learned that he was duped more then he will ever know...

Then last night in our youth group, I asked the kids, "Say you have GOD written across your forehead for everyone to see.... are you showing His name in a postive light - or a negative light?"

All the kids thought about it & pretty much all of them said they mess up when it comes to shining a positive light on God's name with the way they live their lives...

I ASSURED them...because I've seen it & witnessed it myself in many many MANY different ways that they do in fact shine a positive light for God... not saying that they dont mess up & have those negative moments as well - who doesnt?

But compare these kids to the two adults I mentioned earlier... what a difference...

The scary thing to me too - the adults are both in highly respected positions.... & yet, they are almost having an issue with being humble... seeing their short comings...these kids, they saw their short comings ahead of anything else...

Its hard to admit faults sometimes, isnt it?  I get that...We like to put on a "front" that we've got it all together - we dont like to admit that we mess up...

Let me be the first to acknowledge to you... I'M A SCREW UP!  I mess up all the time...daily actually...

I found out the difference in my response as well to these people... these kids last night earned my respect because they admitted they too are screw-ups... these two adults who claim perfection in areas - well, lets just say respect has definitely lessened...

What about you?  Is it hard for you to admit shortcomings & faults?  Or are you like me & claim that badge of honor of being a "screw up"?