I go a little Ga-Ga

Its no secret my 'ga-ga-ness' (cool word, huh?) for Steven Curtis Chapman... or Hugh Jackman...

... The Hubs even told me the other day, we've gotta have a talk about your love for these two men...

which I assure him, neither one can hold a candle to him.

Except Steven Curtis Chapman CAN sing better
& Hugh Jackman can pop steel blades out of his hands
...but Ricky makes my every days better... :)

That being said, if I were to ever meet one of them in person, I'd freak out.

I actually had the chance to sit in the SAME ROOM as Steven Curtis Chapman & I almost peed on myself.

It was so strange.  I was in a room full of people who were very somber because they wanted to ask Mary Beth questions about the heart ache she's gone through with the loss of her daughter
... & I was the one bouncing in my seat because Steven Curtis Chapman was RIGHT IN FRONT OF ME!!!

It was exactly how Elf acted when they said Santa was coming!!!

But its funny because with the wonderful invention of Instagram, I get to stalk see more of Steven Curtis Chapman & his life.

His wife, his sons, his daughter in laws... they always post pictures of their life with this man that I think is something beyond ordinary....

He celebrates his birthday with his family 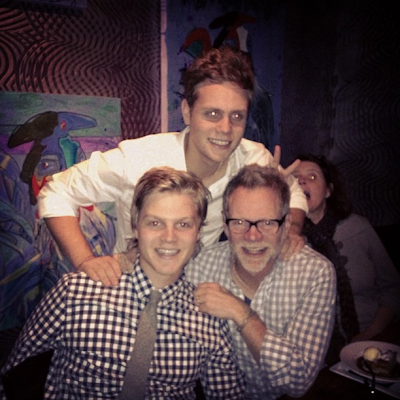 He celebrates halloween with his daughters

He takes pictures in his car

He sits around in his PJ's 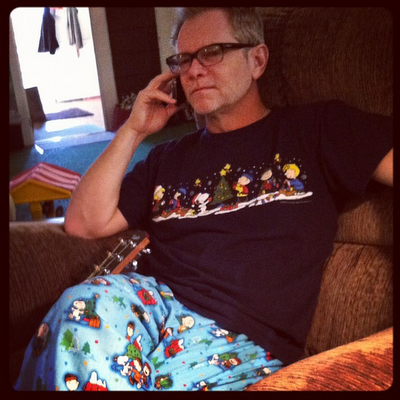 But its funny, isnt it, how we make someone to be SO MUCH BIGGER then they really are.

Who is that person for you?
That if you could meet in person, you'd pass out before you'd actually get to shake their hand?

Ask any young teenage girl what they think about Justin Bieber & you'll probably get a shrill scream & a description that he's the most amazing thing ever invented!!!

(I wont say I still dont do that same reaction to SCC myself... just saying)

But when we think of God... what do we think about?

Do we think He's the most amazing thing?
Do we get excited & giddy & want to see what He's doing at all times?
Do we want to stalk follow Him like we do some of other famous people we admire?


(Taken from our Youth Lesson Sunday)