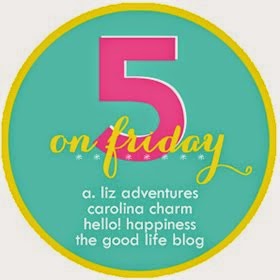 
Thursdays are back... no one bother me on Thursdays.
Vampire Diaries started back yesterday.  The show that brings my inner-screaming-vampire-loving heart out...
Parks & Rec.  I want to hang out with Amy Poehler
Grey's Anatomy.  I know its been on forever but I still love it.  Derek Shepherd gets better with age.
Scandal.  My goodness.  That show is amazing.  I don't know what makes it so awesome.  The actors, the writing, the story line?  But its just incredible.  The first episode of the season & it blew by in what felt like a breath because it was THAT good.

How did I not know about this place earlier?
I've seen some of you grab some adorable kids clothes & mention it, but I never knew the extent of how much you could shop for.  And the deals!
So I've since bought a few Christmas presents off of there... & of course, had to snag me up a cute moleskin long skirt... perfect for boots.
Now to keep an eye out on Zulily for boots! :)

So my Autographed copy of Steven Curtis Chapman's new cd came in.  I was happy.  I called Ricky & said, "What do I do with it?"... Ricky had a good idea.  We're going to his concert for this CD in November so he said to put the ticket stub with it & frame it.  Look at my husband!  Has he been on Pinterest lately or something? .... but I want to take it one step further.  I'm going to try & get a good picture of him at that concert to put with the goodies.  Wouldn't it be even more awesome if I could get a picture WITH him?  .... oh, my heart just beat a little off rhythm & I got a little faint...

I just found out you can listen to his new CD as well as some of his other songs from other albums right HERE ... YEAH!!!  Guess what's going to be playing in my office all day?


{Four} Big Boy
Yesterday, our first grandson turned six years old
SIX YEARS OLD!!!
I can't believe that.  I remember going down to Texas to hold him for the first time & that felt like yesterday.
(Maybe it feels like yesterday because I'm still getting over having to do a plane trip?)
I'm snagging the picture Julie posted of the boys in their new costumes.

I think this makes it official that they have EVERY super hero costume available.
Ricky & I picked up a Wolverine & the Flash costume this weekend too for them.
Need a Super Hero?  I know of 2 little boys that are prepared & ready...

Leaves are turning more every day.
I live surrounded by trees so every day I see the difference & its beautiful!
Soaking it up & enjoying it ....
because I know the next step is bareness & cold
So live for today - take in the beauty!
Are the leaves turning where you are at?