Is Brittany Murphy the answer to how bad my COVID was?

I've just not been in the mood lately. I mean, every day, every weekend is basically the same thing.  Reading, coffee, lazy days, dog playing... nothing really exciting.

The end of the year is coming - which means we're SUPER DUPER CRAZY busy at work - so a computer at night is the last thing I want to see - plus, just trying to mentally get in gear for Christmas (as those that know me know Christmas isnt a favorite of mine - it wears me out every year mentally) - turning 50 at the end of December, I REALLY need some mental prep - so I'll be popping in & out for the month of December.

Every time I say that, I end up blogging more than I ever thought - so who knows what December will look like - just giving a heads up in case I go MIA for awhile.

Over the Thanksgiving weekend, I ended up watching that documentary on HBO Max about Brittany Murphy.

That poor girl just wanted to be loved so badly & she met a man who took full advantage of her & kept her away from the world & didnt take care of her & the result is just devastating.

I knew she passed away of something that was considered odd or strange & honestly, its been so long, I had forgotten all the details of it - because she passed away when?  2009... 12 years ago! That's crazy!!!!

They were talking about how she died of pneumonia - but do you know what else is on her death certificate?

They did an interview with the person who did her autopsy & she talked about that Brittany was so iron deficient that when they did the autopsy on her lungs, they showed how damaged they were from lack of iron.  She explained how when they cut parts of the lungs & put them in water - they should float because their purpose is to hold air.  Brittany's sunk right to the bottom. They took a few more pieces to confirm - & yes, all of them sunk.

That was proof of the damage that iron deficiency did to her.

Here I am still struggling every day to keep my iron up... I mean, here's my latest chart.... 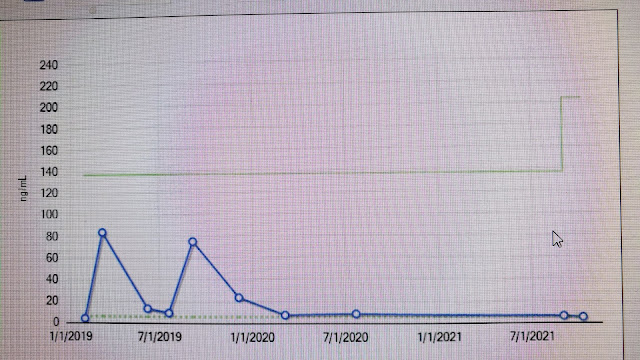 My iron is basically non existent... bottom of the barrel....

& I sit & think about how bad COVID was for me.  Some people go through COVID & say, "Meh, its not that bad" & here I was, gasping to walk across the living room.  I would walk from the bed to the couch & have to lean over to try & gasp to get enough air where I felt like I was smothering.   I would force myself to walk up & down the drive way to try & get some lung capacity built up.  It was a struggle that I cant even put into words.

I then wondered if my lungs are damaged as well... if that's what made it so hard for me.  It only makes sense, doesnt it?  Makes sense to me why I STILL have issues breathing. 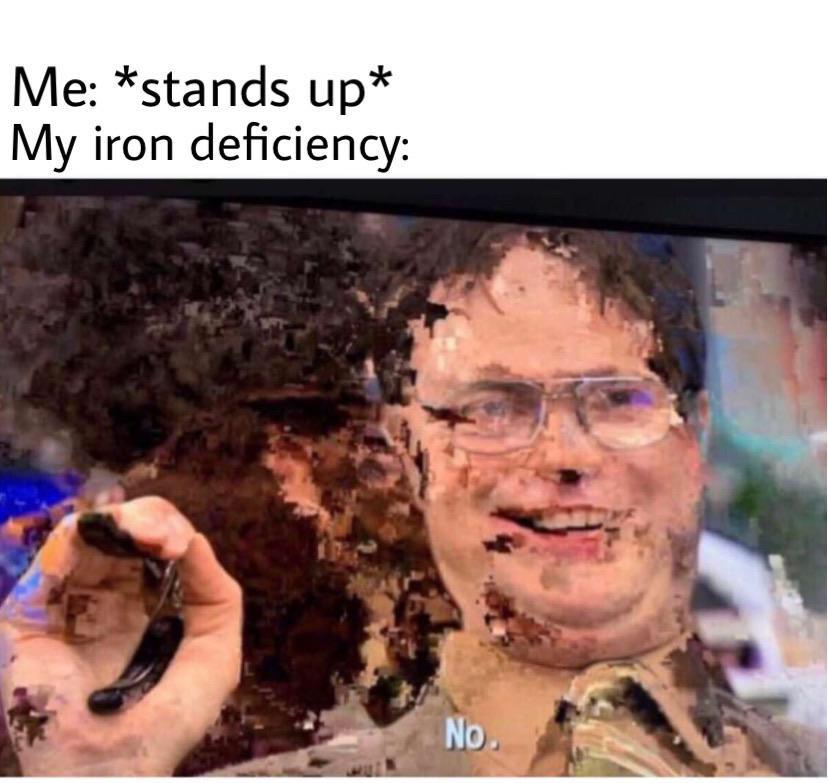 Let me tell you - watching this documentary really shook me.

It also freaks me out to think about getting COVID again & to think if my lungs will hold out one more time because the first time around, it was tough.

I mean, I get how bad not having blood that actually oxygenates your body sounds... feeling it is even worse.... knowing the damage it can cause really has freaked me out.

& in honor of Brittany Murphy... one of the best moments in movie history...