A lot of feel good, uplifting stuff... with one reject {Show us your books} 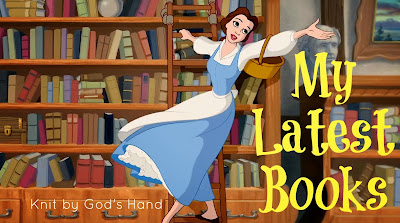 It's the most wonderful time of the year.....
﻿
Book Day... that's what day it is...
Did you think I meant Christmas?... OK, that too - but for today, its the most wonderful time of the year in blog world.  Where so many people share what they've been reading.
& I'm excited because in a couple of weeks, there is another link up with Steph & Jana   to go over our favorite books of 2016.
I cant wait for that link up!

So, here's my reads for the past month 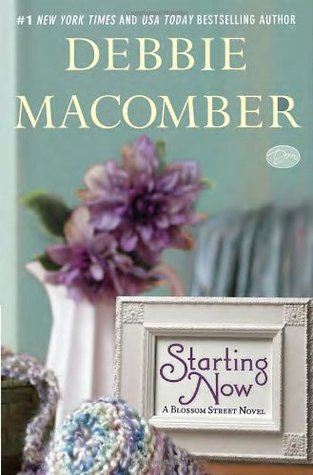 Starting Now (Blossom Street #9)
By Debbie Macomber
***/5
So I loved the Blossom series when it started out - a series that revolves around a knitting store. Totally me!  I found this at the library - & then found out I bought it & it was sitting on my shelf at home - oops! Just never got around to it.
I didnt read the book before but didnt feel like I missed out on anything.
This just introduced new characters that find their way to A Good Yarn & all the people that live in this little town.
Like most Debbie Macomber books, you can sort of tell where this book is going to lead.  Her stories are always full of rainbows & butterflies & a cherry on top. Whole American with clean romance & touches of faith tucked in.  This is the same.
I dont mind easy, light reads sometimes.  I knew what to expect with her writing. It lived up to it. 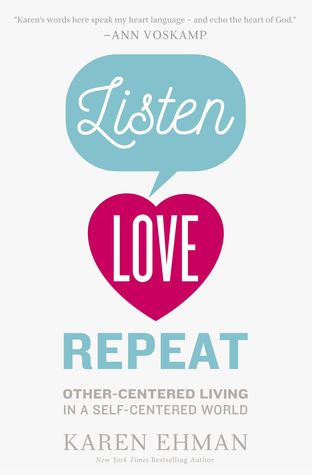 Listen, Love, Repeat:  Other-Centered Living in a Self-Centered World
By:  Karen Ehman
*****/5
I was given this book to review & wasn't sure if it was going to be something that bored me or gave me anything new to chew on...
I ended up LOVING this book.
Such relevant reminders in a world that lives in such a fast paced time, mostly behind screens & connected with computers & not connected with each other.
It's in such a cute format too - full of ideas to help others & entertain or recipes & decorating tips.  & simple ideas that we should know but may have forgotten.
I left this book reminded that everything I have is not truly mine but God's & I should let it be used for His glory.
& felt a eye opening lesson in reminding that Jesus ministered to those in front of him always. Even if He was traveling to a certain destination to help someone else... if someone came in His path, He'd stop & help or touch them - be IN the moment with those standing in His way.
Someone is in YOUR path today that needs to have time & moments spent with.  We can be Jesus to every single person we run across today.
I really did love this book & was so pleasantly surprised by it. The Magnolia Story
By Chip & Joanna Gaines
*****/5
OK, I know some people are huge Fixer Upper fans. I like the show, but not a die-hard. I just came across it on a HGTV marathon one day & really liked it - & this couple - but I am not the fans that I know some people are....
... until now.
After reading their book & hearing their story, I really do love this couple.
I loved hearing how they got their own show, but also how they came through childhood & met each other - even through their dating, early marriage & parenthood stories.
They really do seem like the cutest couple. I actually sighed at the sweetness of some of the stories they share.
I love how total opposites they are too & how they seem to balance one another out - but always let God be the scale on which they balance.
I adored this book as well & highly recommend it if you love a good autobiography or if you love their show. 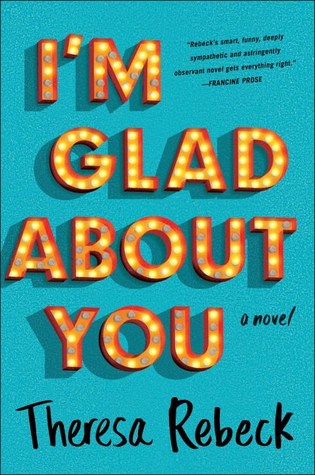 I'm Glad About you
by Theresa Rebeck
DID NOT FINISH
I just couldn't.
I'm proud of myself for getting better not wasting my time with books that I'm not feeling or not connecting with.
This was deemed as "Notting Hill" meets "When Harry met Sally"... sounds great, right?
That was so wrong.
The basis is a couple that broke up, goes their separate ways, but always comes back to meeting up in life.  Except, I could really care less about either character. They just didn't seem like good people or characters to me.
& then I probably did the wrong thing - I read the reviews & saw so many people didn't like it either. & they gave the ending away & I was like, That's stupid... so I skipped ahead & read the last chapter... & yeah, it was stupid.
So I didn't even care to fill in the gaps of the in between. Tossed it to the donate pile. 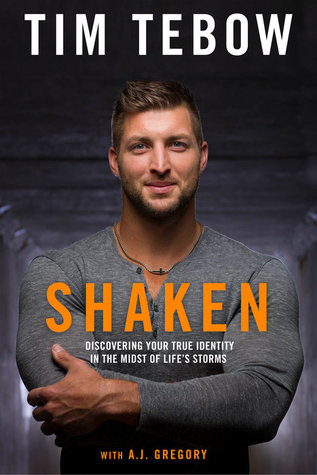 Shaken: Discovering Your True Identity in The Midst of Life's Storms
By Tim Tebow
****/5
I'm not a football person or a fan at all, but I do know Tim Tebow.
Who doesn't know about Tebowing - right?
I've not read any of his other books, but when he had a spare weekend & stopped into our church a few weeks ago & spoke & talked about his future book, I wanted to grab it when it came out, just to support someone who is giving a good message to the world on faith & reminding us WHOSE we are - not who we are or who the world says we are.
He really does impress me on his boldness on sharing God's love to others so I was excited to pick this one up.

I really did enjoy the book - even the parts of Tim telling his football story. I thought that part may bore me a bit, but it was interesting to see how he handled being let go of the organizations he was a part of.

The book is full of Tim's experiences in life as a teenager on mission trips, to playing in the big leagues, to everything in between. & it all holds great reminders of God's truth.

Some of the stories, I've heard before... some of the points he makes on scripture, I've heard most of them in other places, but there were a few little snippets of truths that were new to me that really gripped me. I have to say, for me reading a book on a football player, I really did enjoy it.
﻿