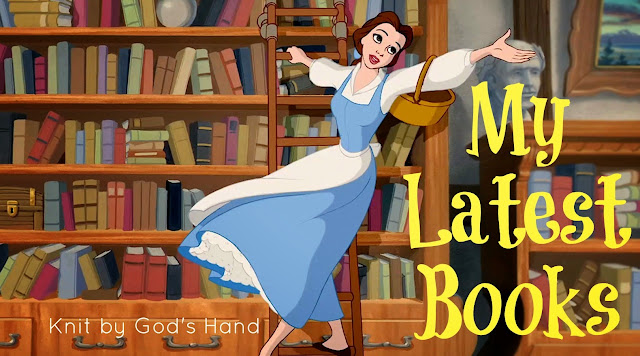 Honestly, I'm done. Put a fork in me. I'm fully baked. My brain cant handle much more of the news, of social media, of the ridiculousness of people... so I've just been changing my address & moving to Literature Land. Let me live in a world of fantasy. I'm good with it.

Anyways - onto the biggest month I've ever had!  At least it was a really good one!

Also - be sure to click over to Steph & Jana - the hosts of Show Us  Your Books... today is their 7th anniversary of this! Think of ALL the books that have been talked about over the years through this link up. Love it! Thanks Steph & Jana for all the book love you share!

Quick Summary:  Set in 1947, an American Socialite is on the hunt for a missing cousin & crosses path with a woman who was a World War I spy in the real-life Alice Network, telling both of their stories from the past & the present.

I'm not usually a history sort of person, but this was interesting to know the Alice Network was a real thing.

I enjoyed the story would go back & forth telling Eve's story from her spy days to the current days with Charlie, who is pregnant & unmarried & trying to find what happened to her cousin Rose.

While some of the names got to be confusing for me, & I would get a little confused at time, in the end, I really enjoyed the history of it all & the idea of girl power - supporting one another, seeking revenge & healing a past.

A big thank you to my friend Nathalie for sending me this book to share! 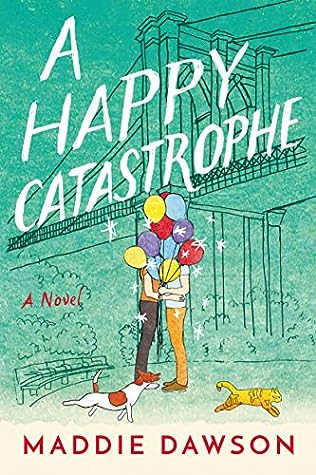 A Happy Catastrophe
**** / Really Liked It

Quick Summary: When Marnie is wanting to have a baby with her boyfriend Patrick, he isnt thrilled with the idea - when a little girl from Patrick's past, whom he has no idea even exists, is at the door & everything changes.

I found this book at the library & just picked it up because the cover was cute. I got the sense from the first few pages that this was a follow up book - had no idea.  The first chapter did well in getting me up to pace with what happened so I didnt feel like I lost anything -but after falling in love with these characters, I do want to go back  &find the first one (Matchmaking for Beginners) - even though it got lower rating than this one. Interesting.

I think I felt a special connection on this one too because Patrick, he was in a fire trying to save his girlfriend.  The things he would say about his skin, how he felt about the surgeries, how he felt in front of people out in public - it was exactly - EXACTLY - things I've heard Hubby say about his scars.  It was almost uncanny. This author did her research.

I just loved Marnie too - she was so Phoebe from Friends like  I just love her spirit of accepting & loving everything & everyone around her.

I'm so glad I stumbled upon this book... Marnie would say it wasn't by any coincidence.

"Go look at sunsets. Drink a cup of tea. Take a hot bath. And how many times do I have to tell you? Whatever happens - LOVE THAT! Because maybe, just maybe, everything is perfect" 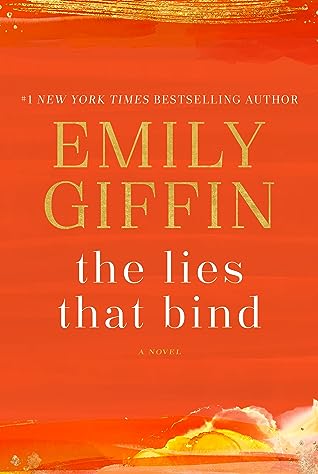 Quick Summary: Cecily goes into a bar pondering life when she hears someone day "Dont do it - you'll regret it" - she ends up talking with this man & they start a relationship. 9/11 happens & he is missing & she finds his picture being posted by someone else & her reporting skills kick in as she looks deeper into his story.

I ironically finished reading this on 9/10 so reading anything that involved 9/11 was a little crazy.  & I read a lot of reviews that people thought this book was very disrespectful & I could understand that.  But I just tried to put myself in the mindset of it just being a soap opera sort of novel & just went with it.

I enjoyed the characters & enjoyed the dramatic turns. I really liked Grant & learning his story till the end.  & the best character of all, Scottie, Cecily's best friend. I want a best friend like him - hilarious.

I just enjoy Emily Giffin's books - even when they're bad, I still like them. They're good fun, easy, dramatic chick-lit for me.

We may not get do overs in life, but we can always have fresh starts and new beginnings. 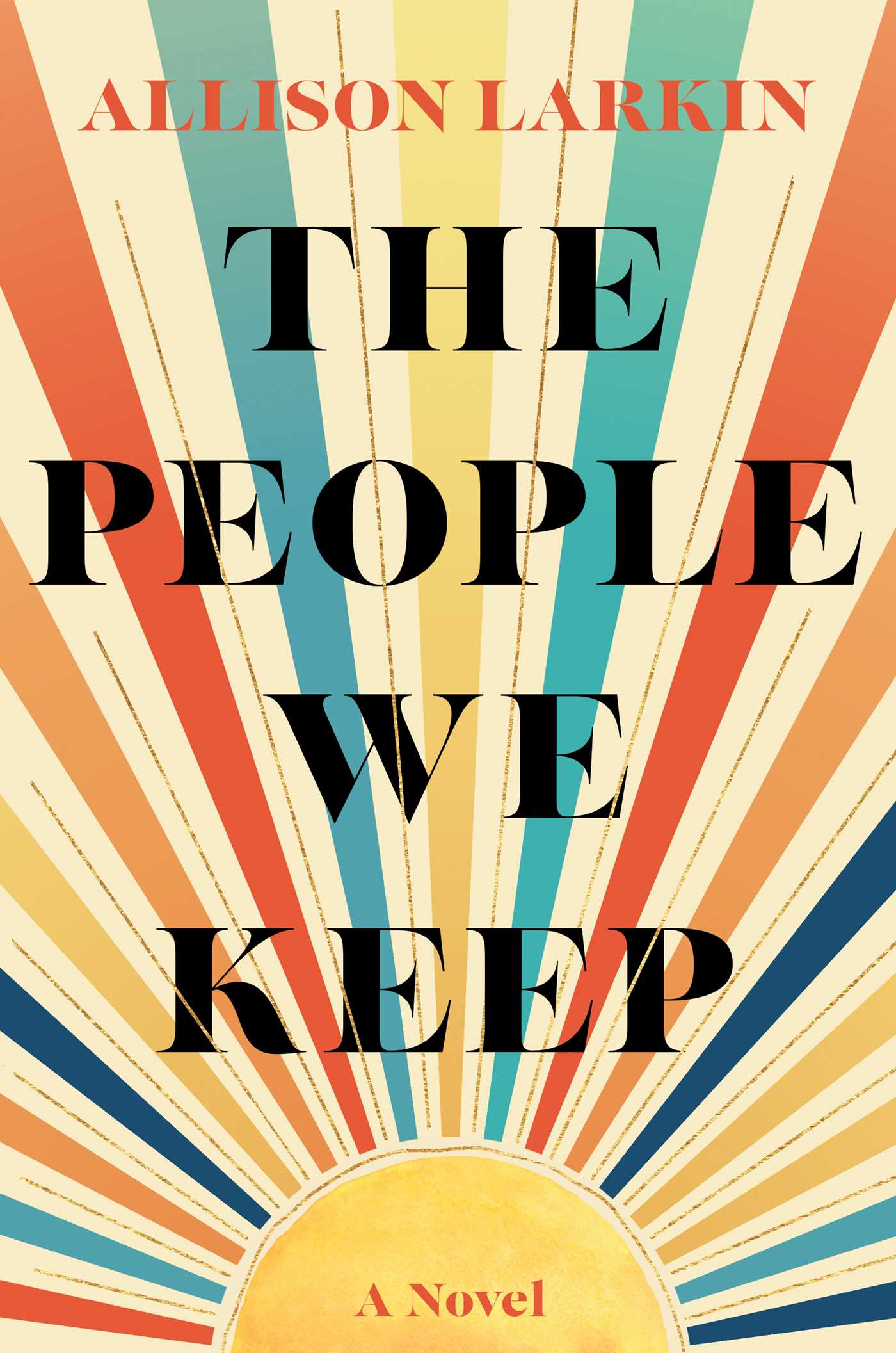 Quick Summary:  April has been abandoned by her mother & virtually her father, having to learn to fend for herself. She sets off to get away from her town & start a new life - that involves lies that gets wrapped up in her new life she has started. April meets various people through her journey & comes to find a new family through it all

I dont think I would have picked this book up if it wasn't chosen by the book club I'm in. & man, I am so glad I read it.

I was going to give it 4 stars but thought about it more over 24 hours & I was so invested in this story. It dug into my heart. I literally cried at the end of one part - like real tears, heart broken tears.... & then at the end of another part, I was ready to throw the book I was so mad at April.  So to say I was wrapped up in this story is an understatement.

You see how April has taken the things she's learned from her parents to run away at hard things & its just devastating.

The end of the story really just made me close the book & sit & think about it all. So glad I got to know every character in the story.

“You're the gift that came from two broken people. They were weak, and hurt, and cowardly, and somehow managed to make this miracle girl who is so full of piss and vinegar that she survived it all.”

The Invisible Life of Addie LaRue
***** / It Was Amazing

Quick Summary:  France, 1714: in a moment of desperation, a young woman makes a Faustian bargain to live forever and is cursed to be forgotten by everyone she meets.  Thus begins the extraordinary life of Addie LaRue, and a dazzling adventure that will play out across centuries and continents, across history and art, as a young woman learns how far she will go to leave her mark on the world.  But everything changes when, after nearly 300 years, Addie stumbles across a young man in a hidden bookstore and he remembers her name

I have been wanting to get to this for the longest time & so glad I finally made time for it.

What a crazy concept to be "forgotten" after someone leaves you, or turns around, or rounds a corner.  At first, I was thinking how cool it would be - but its almost like Addie is a ghost.  Such a lonely feeling.

I really enjoyed too how through the years, we see Addie was used a muse for so many artists through the centuries.

I had so many feels when Addie meets a man who does remember her & they learn why & what will ultimately be the fate for them.

I've listened to so many podcasts listening to their thoughts on this too & its so funny how people are so into Luc (the dark spirit that is taking her soul) & how they feel like its the ultimate love triangle.

This is a long book & there's moments that it drug out & felt so long... but in the end, I really enjoyed all of this as a story.  I totally want to see this turned into a movie please... like ASAP.

“What is a person, if not the marks they leave behind?” 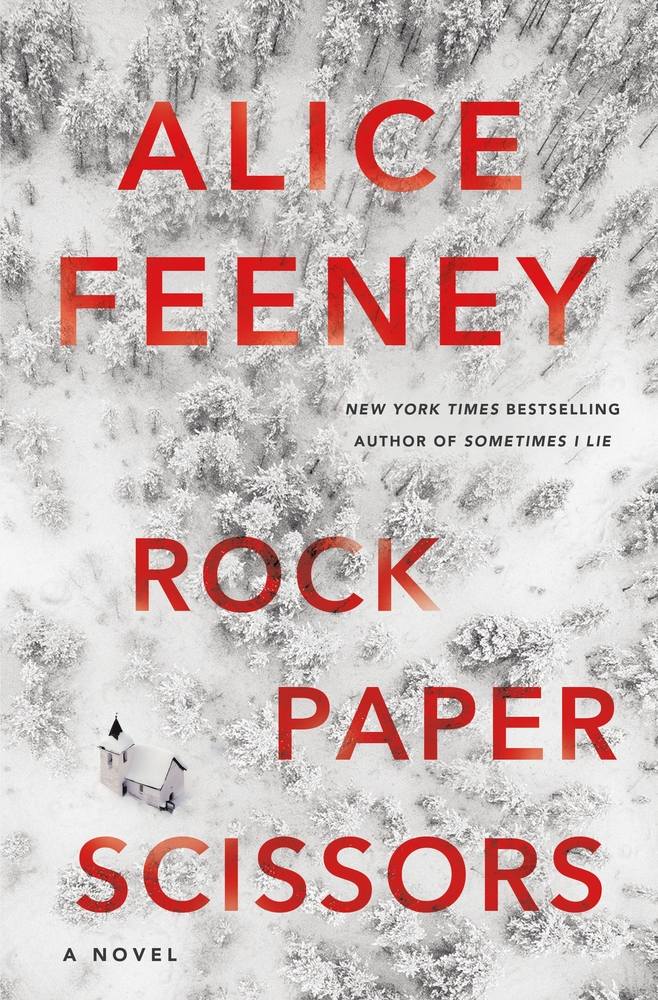 Quick Summary: Things have been wrong with Mr and Mrs Wright for a long time. When Adam and Amelia win a weekend away to Scotland, it might be just what their marriage needs. Self-confessed workaholic and screenwriter Adam Wright has lived with face blindness his whole life. He can’t recognize friends or family, or even his own wife.

Every anniversary the couple exchange traditional gifts – paper, cotton, pottery, tin – and each year Adam’s wife writes him a letter that she never lets him read. Until now. They both know this weekend will make or break their marriage, but they didn’t randomly win this trip. One of them is lying, and someone doesn’t want them to live happily ever after.Ten years of marriage. Ten years of secrets. And an anniversary they will never forget

I literally dont want to give anything away... I just know I was here for every creepy moment of this book.

I cant wait to read more from this author.

Quick Summary:  Olive randomly kisses a man behind her to try & convince her friend she's dating someone & when she discovers that man is a top scientist in their department who is known for being a jerk, she's taken back when he agrees to be in a fake dating relationship to help benefit both of their needs.

OK - the basis of this is simple - a fake dating relationship where you know they're going to fall in love with each other.

But this one was done really well, I thought. I loved the characters & the writing. I enjoyed it being with scientists & seeing the battle that women have in the industry.  & honestly, Dr. Adam Carleson - MY WORD - what a gentleman. I honestly was swooning over the little things he would say or do for Olive.

I honestly laughed out loud at parts, I got angry at parts, my heart broke at parts & I totally blushed at parts.  I just enjoyed this book & the rom-com of it all.

"Carry yourself with the confidence of a mediocre white man"