The weekend I watched yet another freak out show on Netflix

Here we are again... Monday always creeps back up.

I still cant believe we're making our way through OCTOBER!!!!  Hubby mentioned how many weeks till Thanksgiving & I nearly choked on my iced coffee.

So you think I've been gone awhile in blog land & my life got some how magically wonderful & busy & full of things to do... nope. Same old routine. Same ole life. I'm OK with that.  Here's just a quick look over the weekend....

I was so excited for the weekend.  I had a four day work week last week & those always tend to be hectic & just as overwhelming. Someone reminded me that you cram in 5 days worth of work of in 4 days & then that makes sense why it feels that way.

I picked up some dinner for us on the way home & just wanted  to sit outside & read & enjoy the nice evening. It was all the fall feels & I didnt want to come inside at all. 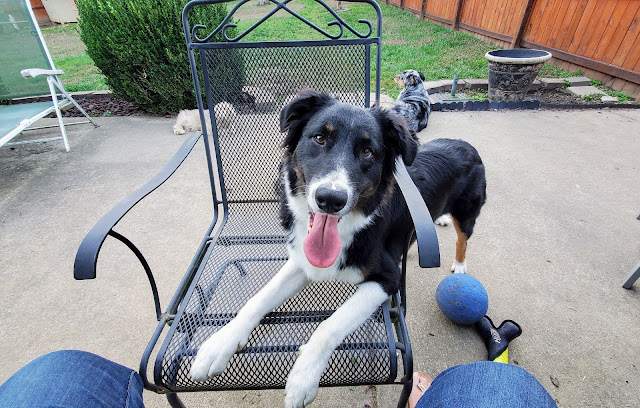 Ozzie didnt want me to read ... he wanted to play the beautiful evening away.

I finally slept in! I have been getting up so early even on my days off & I actually woke up at 5:00am & was like NO - I am laying here & relaxing & ended up going back to sleep. Tell me how weird it felt to wake up at 8am. ... I change that - not weird at all. It was so refreshing.

I made a hot cup of coffee & enjoyed the beautiful cool morning watching the sun creep up.... 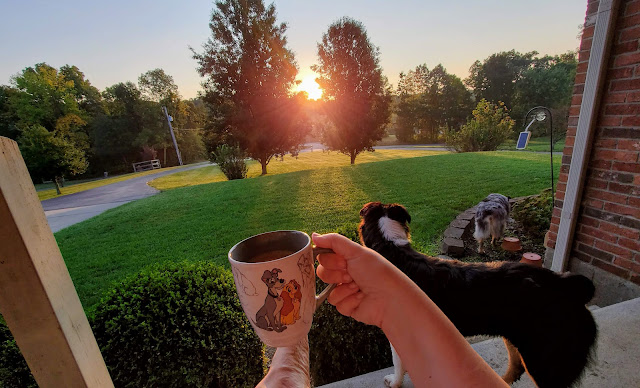 & Harvey got some one on one time.  We try to take them out one at a time to get some individual time of playing so they dont have to battle for the frisbee against the other dogs. They love it so much when we do that. 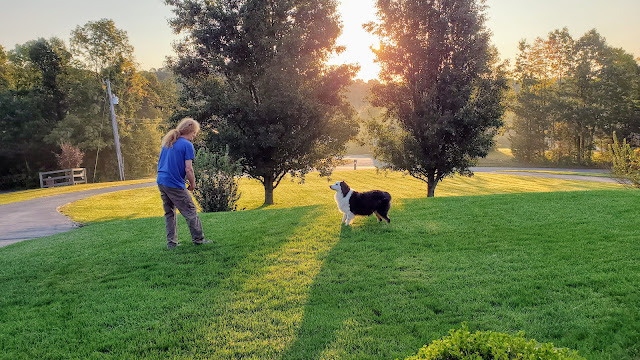 Hubby was out of the iced coffee he likes, so we ended up getting out early & going to get some breakfast (yep, still eating in the car - still not gone in a restaurant) & then we did a early Target run. I still love going to stores early before they get busy.  I will say, it was more crowded than I expected for 10am.  Is it already Holiday season shopping time?

Hubby of course had to run to Home Depot because of course he does. Every time we're down that way, he needs to run in there.  I went prepared though & got a Starbucks before so at least my wait in the car was a little more enjoyable.   I need a Hobby Lobby near this same area so I can run in there while Hubby is in his store. 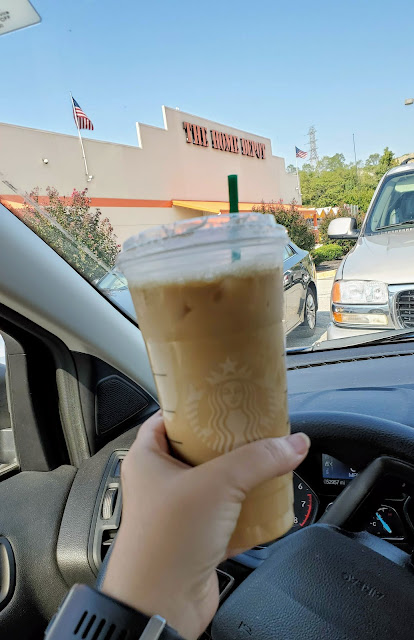 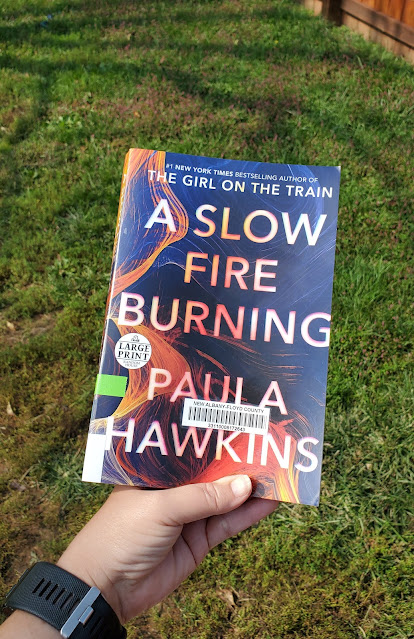 I ended up finishing up Midnight Mass ... which one word comes to mind. DISTURBING. So much disturbment happening.  It always freaks me out when someone can take scripture & use it for such twisted stories.  I mean, its really smart. Someone knows their Bible to be able to do that - but it always leaves me with an icky feeling. 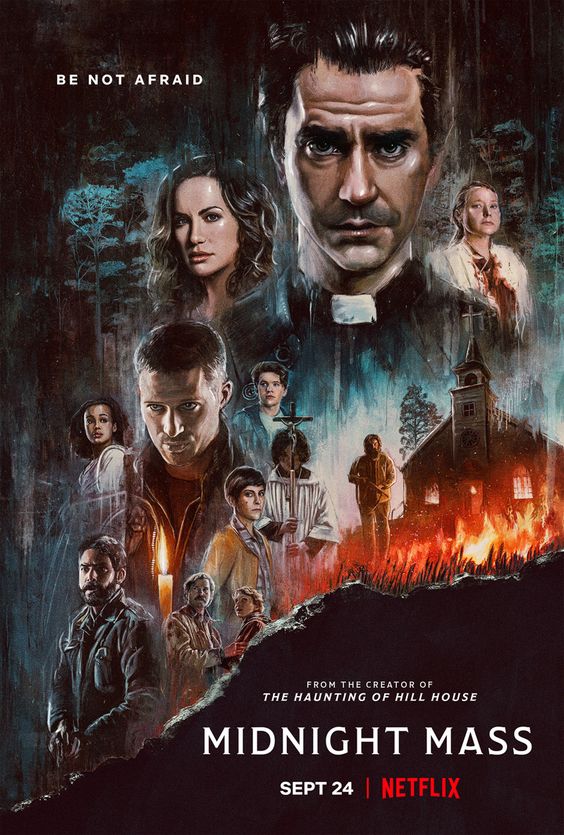 Between that & The Squid Game, which I finished last week - I really need to stick to some light binging in my future to give my nerves a break.

Speaking of which... anyone else watch Squid Games yet...we need to chat. So many thoughts!

No sleeping in again... but that's OK.

I finally opened up my package that came on Friday - it was my Thred Up Goody Box.

If you havent heard - Thred Up is like a consignment store - but some of the items are brand new with tags still on them. I have bought some items over the months for some great deals. You can chose if you want brand new or if you dont mind gently used.  I have gotten all things with tags still on them but I really dont mind gently used. I'm big in the environment & saving where I can. There's so much waste in clothing.

This isn't a sales pitch - just sharing what I've been using.  I've gotten a lot of Lula Roe with tags still on it for under $10.00.  I know LuLaRich has probably rubbed people off the clothes - but I really like some of the items.  It's pricey though so I really like getting brand new Lula roe for more than half off.

I also got this camo thermal shirt from Nordstrom Rack - & it ended up costing me $7.99 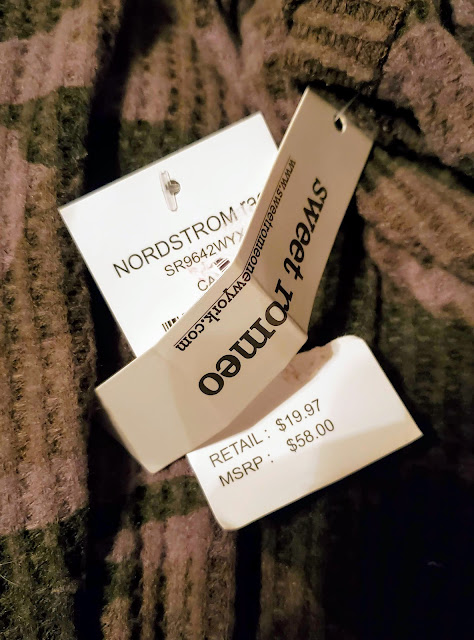 Anyways - they did offer something called Goody Box where it's like Stitch Fix -they send you 10 items & it only costs you $10.00 a month & you see what you want & return what you dont.

Sad thing... they're stopping it - this is the last month of it - DANG IT. 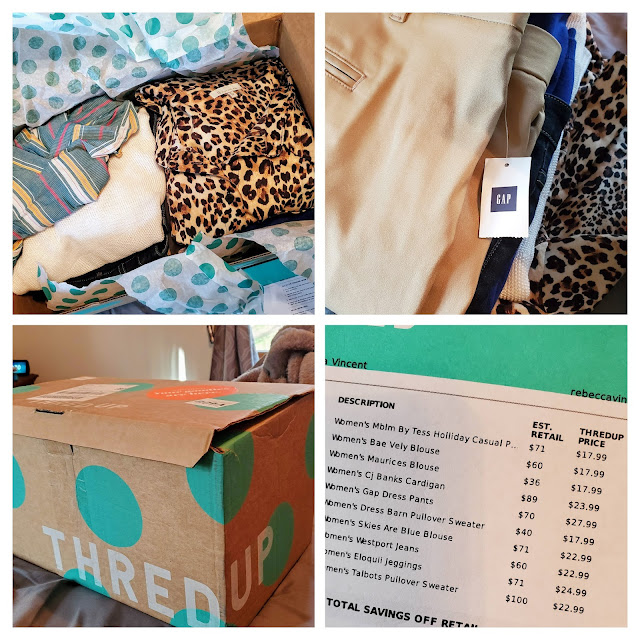 I had fun trying on all the clothes this month & sad to see it go.  But I'm still looking forward to keeping my eye out for some good deals.

I ended up spending most of the day outside reading a new book - Erin Hilderbrand's latest... which is so much better than that last one I just finished.

We took the dogs for a walk in the back property & its so beautiful watching the leaves already changing.  Fall is just the best. 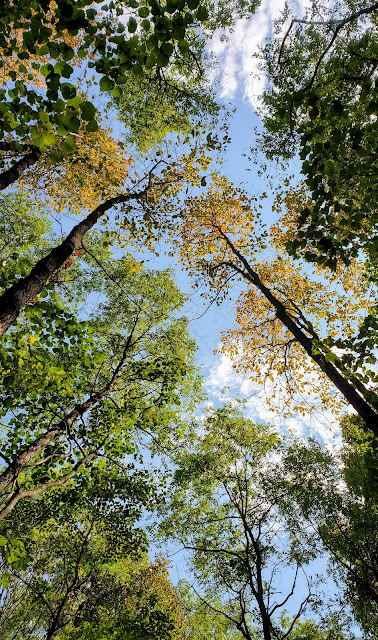 The rest of the evening, I went over & took care of the horses & took mom to the store & then came home to have dinner with Hubby & get my butt beat in a game of rummy. I cant never  win against him in that. I honestly thought this was my night & lo & behold - the last hand we played did me in & LOSER once again. One day... ONE DAY... I will win!

Did you watch Squid Games or Midnight Mass yet?

Are your leaves changing?

Have you ever tried Thred Up?