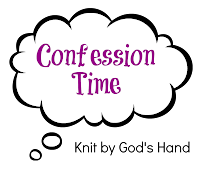 ... this whole Starbucks red cup thing has gone to the level of STUPID.  I will confess that I posted the initial video of the guy who started it because I love the idea of having people say Merry Christmas in businesses.  But it wasn't a mission to fight the battle of WAR on Christianity to me. (war?  Really?  That's the word they're using?)  When did it take that turn? Truth be told, I don't even remember what the other cups look like from the past year.  I don't ever remember seeing a baby Jesus on the cup or feeling like my relationship with Christ was changed by it.   Its almost just embarrassing how things get a little too out of control.  Sadly, I think the more people talk about it - whichever side its on - it only keeps the focus on it.  & there's so many other stupid things to pay attention too  #stopfeedingthemadness  #Justgivememydrink  #MySalvationDoesntChangeOveraRedCup #AlwaysSomething

... Iced Coffee drinkers at Starbucks can't complain - the cups still have snowflakes on them. #IcedCoffeeDrinkersLoveJesus #KIDDING

... I tell the Starbucks baristas that my name is Belle anyways.  #Truth #TheyalwaysspellitBell

... It would be funny if Starbucks put Merry Christmas on everyone's cup & when they called it, everyone got their orders confused.  #StarbucksRevenge

... people are flat out CRAZZZYYYYYY on Twitter.  I posted a tweet while watching Dancing with the Stars Monday that I didn't know who Tamar Braxton was.  That's it. I wasn't being mean. I wasn't being harsh - I literally have no clue who she is besides Toni Braxton's sister.  THE GATES OF HELL WERE UNLEASHED ON ME.   I had so many Tweets attacking me, cursing me out, calling me every name I can't even think about repeating all telling me I dont need to know who she is because I'm an old poor white woman & she's rich... telling me places to put my skinny-A** lips ... even had a tweet that said, "If you come after Tamar, I'm coming after you F**#@*#* B**#*@" ... & that tweet was liked & retweeted by many others.  What the hey.  Did I miss something here.  Lord knows I won't tell anyone I didn't know who Carlos was either.  #Yikes  #hideyokids  #DontwanttoknowTamarnow #ReportedtoTwitterASAP

... I bet all those people that cursed me out have no clue who Steven Curtis Chapman is #getSCConDWTS

... I gotta quit sitting with my leg tucked underneath of me. I think I found my biggest problem with my knees.  #Cantsitupstraight

... I am so disappointed in the movie Jem.  Not that I've seen it.  But they've said for YEARS they were going to make it... & they finally did. But apparently its horrible.  It had no publicity. The trailer looked dumb.  & I heard they're pulling it from the theaters only after like a few weeks out.  The amount of money it made is apparently embarrassing.  This, America, is how you do a movie wrong.  #couldhavebeensogood #TrulyOutrageous

So what do you have to confess today?

Come back tomorrow to link up with me for Thankful Thursday!