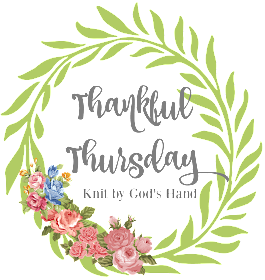 This week I'm Thankful for:

TWO PLANNERS!!!
OK - I am so excited!!! On Instagram, I won not only one planner, but TWO.  I won an Amplify Planner - which is a quarterly planner.  This one is for October - December.  & then the other one I won is a Passion Planner undated. So I can start it any time but I think I'm going to use it for next year.  Needless to say, my planner post coming up is going to be full of new things!!!

Survived crazy day
My first day back to work after some time off & the whole area's wi-fi went down.  WHATTTTTTT!!!!! I was all in a panic. I had been working all morning just going through emails when it went down & my mail wasn't even here yet. I had called Spectrum to see when it was going to be back up & they estimated MAYBE around 2pm. That wouldnt work for me... so I packed up some things & drove downtown to the office. TALK ABOUT WEIRD.  Being back at my desk & having 2 huge monitors instead of a little laptop monitor. I didnt know what to do with myself.  It was nice though having a printer & scanner that is like 20x faster than mine. & it let me re-stock on supplies to bring home too being in the office. So it worked out well.  Plus, I got to see some coworkers I havent seen since March! That was nice to see their face again.

Wi-Fi repaired
....so yeah, I was SUPER thankful when the wi-fi was back up the next day though.  Mess with my routine & you mess with my world.

Help
I'm so thankful for my mom's friend & her sister for getting mom to some appointments that she didnt have anyone to take her too.  I know it doesnt help not living close to any of the doctors or near these people - so super thankful that they take the time to drive out this way to help her.

Lifeway Bible Study
Did you see where LifeWay is doing a Fall  bible study where they're actually putting up videos for like 5 different studies?  you just have to sign up for  one & then you get to work at your own pace.  They usually just release one video a week on normal bible studies so I really think its nice how they're releasing them all & let you work at your own pace up till the end of November.  (You can still sign up!!! Just click right HERE)

STUDY GUIDES
... going off the one above.... when I saw that one of the studies was Beth Moore Embraced, I was upser excited because I was like, I think I have that. I ran into my library & actually saw I had TWO of them!!! I had bought them when Lifeway went out of business for like under $5.00! (SAY WHAT!) .... so I reached out to my friend & asked if she wanted it to do while the videos were free & we have made a plan now to sit out on her back porch & do the study together each week. I'm SO EXCITED!!!   Human interaction.  What's that?

Tell me something good about your week!