Oh - get ready, because this is a photo heavy post... that's what weekends with the grandbabies do to me... & this isnt even my CAMERA photos - just off the phone!  More photos are to come.  Especially one of the cutest pictures I've ever taken of the boys together :) (how's that for a tease?)

* In my co-op basket - I've been LOVING the yellow squash.  Been getting that, sweet onions & potatoes... & am addicted to making them all together.  Olive oil & this little goodie right there... homemade bourbon red pepper flakes.  Its made by a family in Kentucky that comes to the farmer's market.  It makes ANYTHING taste good. 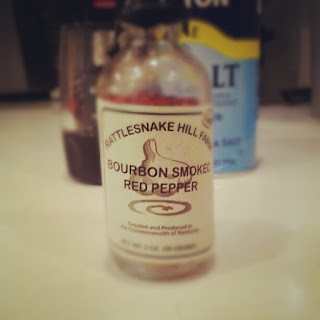 * We got 2 more dogs added to our house... my sister in law brought over her dogs for the week while my brother's family went on vacation... so there is a total of 6 dogs in my house right now.  As you can imagine - its hard to get 6 dogs together for a picture.

* What do we do when we have 6 dogs at our house?  GET OUT OF TOWN! :)  ... joking.. not really... but kinda.  We headed to Nashville.  We were supposed to go last weekend but it didnt work out, so we HAD to go this time.  There was a little boy waiting for his Pappy


* Thank GOD for my parents, who came & stayed at my house to take care of the 6 dogs.  I'd be afraid of what my house woulda looked like otherwise.


* We're in the door & Ricky had some Ironman goodies for our boys... he knows what they like... it was a toy-fest of boy proportions...


* The heat was miserable... I ended up taking a nap on the couch, while Luke took a nap in his room (with his Ironman) & Ricky & Isaac sat on the couch watching "The Avengers" cartoons on his phone. 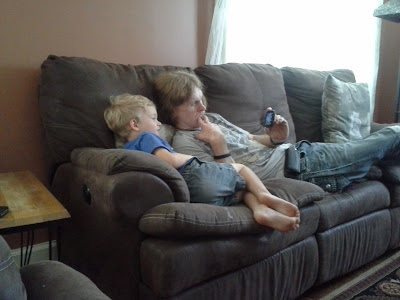 * Isaac tried to tell me some things about Ironman that I thought for sure he had wrong & he was talking about Spiderman... I was wrong.. I just got comic-schooled by a 4 yr old

* We went out for dinner at the neatest little place called "The Pharmacy".  Bad thing?  It was CROWDED.. but we ended up sitting outside on the patio.  & yes, it was 107 at that time.  We were under fans.  It was warm, but the food made up for it.  I had a "Falafael Burger"... I just like saying it... it was chickpeas, with goat cheese.  DELISH!!!!  Julie had a black bean burger... & they also make old-fashioned drinks & malts.  We shared a Cream Soda & a Dreamscicle drink... Heaven in a glass.


* With all the talk of superheroes - we discovered that Nanny's super power is SUPER KISSES!!!!!! ... the boys would try to knock me out with Ironman's lasers, but my SUPER KISSES CONQUER ALL!!!! :)  (I want my own action figure... & a killer costume)

* Got to pick out more toys... the choices?  Luke went with Spiderman this time around... Isaac?  Yet another Ironman.

* I was trying to convince Isaac I looked like Belle... he wasnt buying it.  But he did ask, in the SWEETEST voice ever, he wanted to watch Beauty & the Beast.  He knows how to get to his Nanny's heart.

* Julie made us some amazing pumpkin pancakes... girl can COOK!  I could wake up to that every morning.

* While we're getting ready, Luke was playing with his own iPhone.  Its an old one but they charge it & let him play games on it. This kid is 2 yrs old... & maneveurs around on that thing like nothing... I couldnt even get the games he was playing... kids today

* Had to give attention to our first "grandson" ...


* We headed to the Opry Mall... right next to the Grand Ole Opry.. my new favorite place to shop. 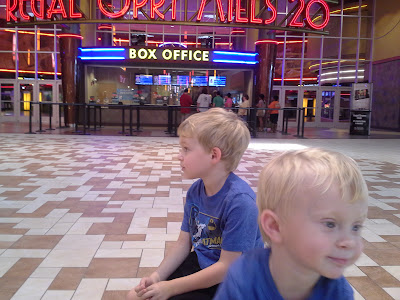 * We thought Luke would konk out... nope - both the boys loved the movie.  Isaac got a little freaked out by the 'bad bear' but even I had my hands on my face, anxious at times.

* Time to head home... one little boy was not too happy.  Isaac doesnt really realize that we're only 3 hrs away now - instead of 15... he was tired too from a long day, so we got a pouty face when we left.

So it was a busy hectic weekend - lots of miles on the road - lots of cute faces to kiss... now onto a new week!  Let's hope its a good one!!!