How did it get to be after 10am already?
... because its been a rough morning... that's why!
But that means its only 5 hrs till my weekends starts
so why not fill it with fragging

What would yesterday's decision on health care reform been like without social media?
You got to see instantly what people thought...
& get mad at all those that didnt agree with you 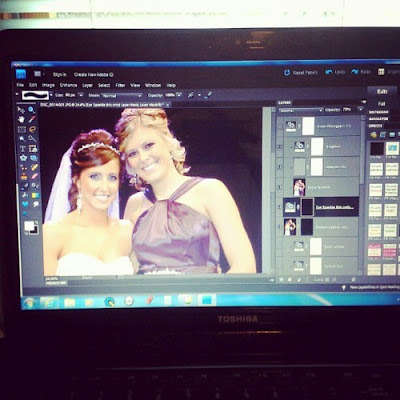 But I'm getting some great pictures.
& I know the poor hubby has to be so tired of me saying
COME HERE - look at THIS ONE
or
Which one out of these two look the best?
(when the color is so slight he cant tell the difference)

So my NutriBullet has already gone Ka-poot!!!
Its probably my fault - I filled it up & it exploded in my motor
... there's a "MAX" line & I went over it...
but its covered under a warranty so they're sending me a new one out
COOL...
I'll try not to blow this one up
But for the record.... I love my juicer more


*****
My coworker refuses to use a debit card, get a DVR, use any sort of social media, even knows how to barely use a computer
& uses the PHONE BOOK to find phone numbers.
Why does this bother me like it does?
It's just not right....

Did anyone else expect a big blow out on The Bachelor
with the story of Arie & the producer?
Only to have them say, "They talked it out off camera"
... & then have them kissy-faced in the next scene.
...let down..
For the record, Jef is my favorite

Everytime they show that video of Ann Curry saying goodbye,
it chokes me up
... not cool Today Show... not cool... 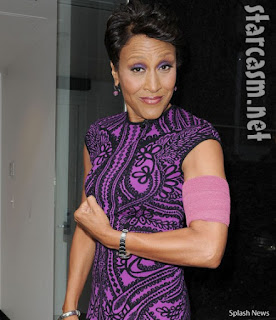 For the record, I know that everyone is wearing arm bands for Robin Roberts
(who I think is awesome by the way)
but if you see me sporting one on my right arm?
Its because I've been wearing one for a year for my bicep tendonitis...
the pressure holds my tendon together & gives me a bit of relief.
So I'm not trying to be cool or jump on the bandwagon
... its what keeps me from crying all day long in pain...

I'm going to be generous to my hubby
... for those of you that didnt hear...
he had his foot ran over with a FORK LIFT this week
Yes... a ForkLift!!!!!

They say that 7 out of 10 people that a forklift accident happens to?
They loose their foot - or part of it....

not my hubby
He said his foot FLATTENED ...  & then when they moved the fork lift
he could feel it sort of raise back up.
What the heck?
is he Stretch Armstrong?
(I just dated myself)

But honestly, he said he kept praying
& it must have worked
NOTHING BROKEN!!!!!

Oh, its swollen & purple & blue
But NOTHING like it could have been!!!!
Thank you Jesus!

But a spat can be noted because now,
he thinks he's really a SuperHero that cant be hurt.
Like that Bruce Willis Movie, Unbreakable...

I told him to see if his nose breaks if I punch him in it
& we'll see how SuperHero he really is :)

I'm gonna leave with this video
Know this - its TOTALLY not policially correct
But its Belle...
I had to throw it in...