Just to note... I'm coming back to work after some days off...

is there anything more depressing for a Monday?

* Ricky & I headed to an area of town we never visit to check out some local shops.  I found the cutest shop that I ended up getting a Christmas present for one of my friends.  I'm keeping that place in mind for future Christmas presents.

* We came out & they had just laid fresh concrete on the ground... Ricky said, "Quick, give me a pen." - I only had a paper clip - but he put our initials in it.  Funny thing - a police officer was right on the corner & saw him do it & didnt say a word. Whew!  Glad we didnt have to spend our Friday getting Ricky out of jail. 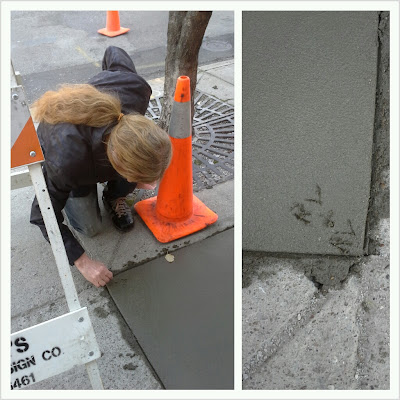 * Headed to a mall we hadnt visit in YEARS.  I have proof.  We went into the Disney Store & the manager there remembered us!  But the last time we saw her, she was pregnant... her son is now 9 years old. WHAT?  (Found another Christmas present for another friend!  I'm making progress)

* Found this bathroom in the mall with the cutest little sink for kids to wash their hands... I wanted to get on my knees & use it to feel like a child again myself. 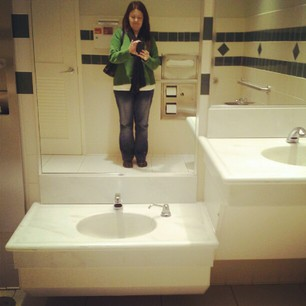 * We tried a new place we've never ate at before... California Pizza Kitchen... yum!  No complaints from us!

* Ricky was on the hunt for Starbucks... he's officially in love with it

* More Christmas shopping... we unloaded the car & felt like it was the middle of December.

* It was officially a great day... perfect weather, perfect day... I could handle more days like this

* I woke up with a pity party happening.  This was the morning of a race that I started out training for.  With my back hurting, I had to stop my training & didnt get to do the race.  I was so bummed.  My first race I had to miss that I was planning on.  A humbling thing... 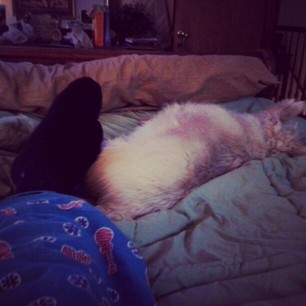 * It ended up being a rainy cold morning... it did make my pity party much better.  If I had to miss a race, glad it was a rainy one

* Almost burned the house down... we wont speak anymore of this... 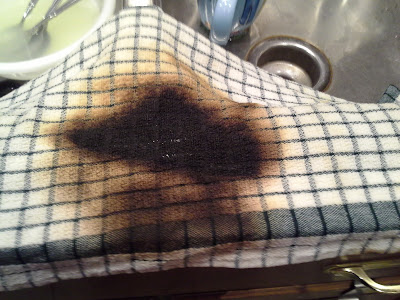 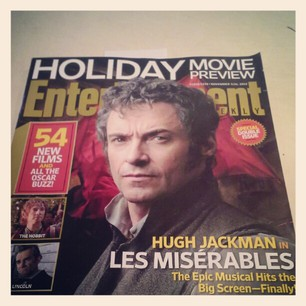 * Broke out my new laptop Ricky got me... It has the new Windows 8 on it... it took me hours to figure out the new "app" thing - how to remove it - how to shut down open programs - its different...

* No New York Marathon!!!!!  I totally understand why they did it & agree with it, but I know what it takes to train for a half marathon - cant imagine the training in a FULL marathon & all the work & money people invest in a race & then it gets canceled.  I'm sure my pity party on Saturday had nothing compared to their pity party.... (I did read where over 4,000 runners ran it anyways - but delivered supplies to areas of town that needed help... runners rock!)

* Church... Ricky surprised the heck out of me!!!  The Youth Pastor asked if anyone wanted to do the communion message.  Ricky raised his hand.  My head turned so fast, with my jaw dropped.  I couldnt believe it... I dont think he believed he did it either.  He then told me, "Last time I spoke in front of anyone, it was middle school & I passed out"... great... but the Hubs did it!  & did it well! :)  I was so proud of him!  I cant even begin to explain!!!

* The day was perfect & I was able to slide in a Senior Portrait Session... this family was A-DOR-ABLE!! The young lady is the first in her class & the most beautiful thing ever.  She honestly COULDNT take a bad picture.  I cant wait to get started editing on them.

* Back to church for Senior High

* Got home just in time to watch the recorded "Once Upon a Time"... that show keeps getting better & better...