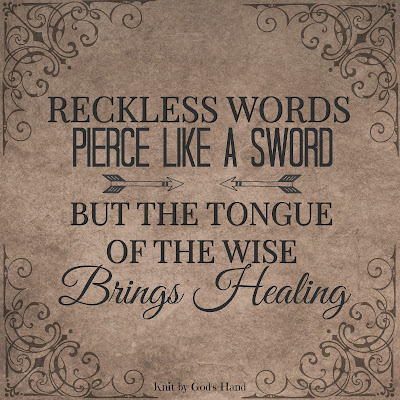 I never state who I voted for. & truth be told, I am someone who is registered as one party but have been known to vote the other party in many elections.  I look at the person during every election & what they stand for.  What hits home for me may be different for you.

I respect who you vote for.  Everyone should respect everyone has the right to vote however they want.

Except right now, its anything BUT peace, love & American pie.

Now, before I get into what is on my mind, I have to say, I am not supporting or not supporting here in this post. I dont want to get into the President Elect.  I know many people feel passionately about him one way or another.

& I think that's the issue.

There's passion alright.  People are feeling a passion like never before.  Not that that's a bad thing, but I think it what's you do with it... HOW you deal with it.

I have been sitting back & watching The View & totally disgusted by some of the conversations I hear on it... or I'm reading tweets by people who feel like everyone should always agree with their opinion.. & of course, I watch the news & am usually sitting with my head shaking or my mouth dropped at the day's latest news.

What hurts my heart right now is the backlash of anyone that is wanting to go to the inauguration of our next President.

& if you want to perform?  FORGET IT... you are trash & scum & someone whose albums or movies you're going to burn in a pile. & lets not forget your name will be mud on all things social media.

Oh, the way of the world today.

I just dont get it.

I mean, I do get everyone has an opinion & are free to voice it.  America at its finest.  But when is it stepping over the line of bullying?

I saw on our local news the other day that a local school has a group of girls going to perform at the inauguration. Apparently, they've been doing this a few years.  They actually were confirmed to go back in MAY of 2016. Well before any votes came in for our next President.


It's not about politics for them, but about history.  It's about going to an event that will be in history books & they have the opportunity to say, "I was there".

Instead, they are getting threats & ugly comments & emails & name calling put out everywhere because they were going to perform.

THIS is what I dont get.  Young ladies & a school system being bullied over a performance that is historical.

& let's mention Jennifer Holliday - saw she's making the rounds now about the backlash that she has seen.


"You wake up one day & everyone hates you"... just because she wanted to perform for America.

& I totally understand & respect if she has a realization about some issues that she doesn't agree with.  If that's the reason she truly is pulling out from performing, understandable.  I still feel like the bullying & backlash has something to do with it.

The point I'm wanting to share with her video are the words that were given to her - requests to go kill herself?  Really?  ... & the words given to that group of young girls in my community.  All just hateful.

I'm not sure everyone is aware that their words are doing anything but feeding into the division of this country right now.

By all means... SPEAK YOUR MIND.  That's the beauty of our country.
But can't it be done with a bit more consideration of others a little more?

I think people are so caught up in fear & anger, that its hard to let calmness be the emotion lately.  & I get the anxiety & fear.  I watch the Saturday Night Live skits of Alec Baldwin making jokes that "we're all going to die" with this President in charge.  But we can't let fear take us over.  We just can't.
It also makes no sense to me at all also how people are blaming others or one man for the ugliness in this world.  The horrible words or comments or actions happening.  How you blame someone else for the actions of others, I just don't get that concept.

I know I tried to blame my brother for things I did growing up & my parents put a stop to that quick.  No blaming friends for mistakes either.  I was raised to own my own actions. Own my own words.  I dont get how it's now ok to say, "Well, this man is this way, so its making it OK for others to act this way"... that thinking makes no sense to me as an adult who has memories as a child that got my butt spanked for my own mistakes.

Here's the thing... if you dont want to have anything to do with the inauguration - then don't. Don't watch.  Don't go.  Don't have anything to do with it.  That's totally your right.
If something makes you that angry & upset that you dont want anyone else to go, then you probably should just stay away from it as much as you can.
Why can't everyone just leave the people alone that wants to go & wants to enjoy the moment.  Its their right as well.

As for me, I'll be at work & not seeing any of the inauguration anyways.
I'm not someone who sits with a bucket of popcorn & watches these things.
Inaugurations or anything with big crowds of people - especially all of our government together makes me nervous anyways.  Especially now that I've watched Designated Survivor.  Thanks Keifer Sutherland.

& I'm going to try & stay away from Twitter because I know there's going to be nothing bur war of words floating on there as well. Which is a shame because I love me some Twitter for comic relief.  It's the best way to watch The Bachelor. It really is.

Come on.... laugh about that last sentence. We all just need to laugh a second.

Words.
They're yours to have.  They are everywhere.
Let's not allow our words to be ones of bullying & full of such hate.
Let them become words of understanding & conversations that are respectful.

If we have a leader of our country that may not be the wisest with words, then maybe we just need to find a responsibility among ourselves to start doing that with one another.

Maybe WE ALL need to be the change this country sees.
We need each other.  Hatefulness & fear is not what this country is built on.

It all starts with us & our words.

Let them be powerful & full of truth... but also let them be full of love & kindness.
All of those qualities CAN happen within one another.  They really can.  I truly believe it.

Lord, be with our country... Bless it.  Bless us.  Let us remember the power of simple kindless.

Email ThisBlogThis!Share to TwitterShare to FacebookShare to Pinterest
Labels: Just Because, Just my opinion