One on one time, Holiday blends & a Disney Princess - & I'm not talking about myself {Thankful Thursday #107}

This week I am thankful for:
{Numbers go with my One Thousand Gifts Journal / Just ignore}

36 / Ricky made it home for Cable repairman.  We had an appointment & they called & said they could come earlier.  I told them come on because I didnt want them there so late anyways but always hate when I'm home alone with repairmen. I just always feel like I'm going to tell them the wrong thing. Ricky got home just minutes before the repairman pulled in.  Whew. I was able to take Harvey Dent with me in the basement & get on the treadmill & run it out - no worries about the cable. Let the hubs take care of it.

37 / Etsy sales still happening.  I am so happy that I'm still getting some sales in my Etsy store.  I'm on the hunt for some ideas to knit/crochet for summer.  I am thinking about making some bags like you can take to a farmer's market or to the beach.  I've made some before.

39 / Harvey being my biggest workout cheerleader.  I love when I work out, he sticks right with me.  He gets on the couch when I'm doing videos & waits for me to get on the floor to do ab work or stretches & he runs over & has to lay right on top of me.  & if I'm on the treadmill, he comes & lays down right next to it until I get off. Both Sydney & Buffy did the same thing.  I'm so glad he does it too.

40 / Healthy Groceries. I complained Monday about the price of my last grocery bill but I really am glad I have the option to buy these healthier food items.  I know a lot of groceries dont even have a 'health food' section & have as many options as our store has.  I am truly grateful for that.

43 / Long run done.  I SOOOOOooooooOOOOOO did not want to run on Saturday.  But I had to have a pep talk with myself - followed by a pity party for one - & then laced up & got it done anyways. I was so glad I did it. Even more thankful when it was over & I could curl back up on the couch after a warm shower.

44 / Sweet card from MSM partner.  I have a High School girl that helps lead in our small group -or I should say I help her. She's amazing. I always say that she is truly a Disney Princess. Honestly - she is. Her personality, her beauty, HER HAIR... it all screams Disney Princess.  But bless her heart - she came in Sunday with a card for me for my birthday since she missed it over Christmas break. Just her words on the envelope & inside touched my heart so much.  She blesses my socks off just knowing her. 45 / ALL THE BAPTISMS!!!!! Again, talked about this on Monday - but what an honor & privilege to see so many say they want to follow Jesus.

48 / Making a bad situation fun.  Ricky locked his keys in his car Tuesday on his way home from work when he stopped to hunt for the final boxes of Starbucks Holiday Blend coffee (a whole other story... we've been on the hunt non stop!)  So he called AAA & they said it was going to be well over an hour to get there so I said I'd drive down his key.  & then made it fun by bringing Bruno along - who poor guy was fearful he was going to the vet but perked up immediately after we drove by it.
& do you know Ricky called me literally 3 minutes before I got to him & told me AAA had come & opened it. Are you freaking kidding me?!?!!?..... but we took that aggravation & turned it around because we took Bruno into the pet store by himself & got him a new collar & some treats & let him sniff to his heart's content in there.  It made me happy to give him some one on one time. 49 / Our Starbucks Holiday Hoarding.  We have found 6 boxes to stock up on.  They all expire by May so we have enough now to get us to that point.  Ricky is now trying to find another K-cup he likes as much so when these run out. 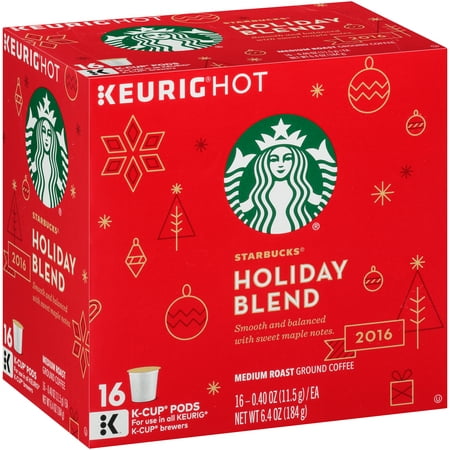 50 / Amazon deal on Protein Powder.  I love this protein powder. Vegan / Gluten Free / no Dairy - just good clean protein powder with not a lot of 'junk'.  I usually get it from the health food store closest to me but knew I needed some & knew I wouldnt be by the store so hello Amazon who can get it to me in 2 days. It was $7.00 more than I usually pay but I was OK with that for the convenience of it all.  & then opened up the box & was AMAZED!!!! It was DOUBLE the size of the container I usually get. SO WORTH the $7.00 extra.  That was such a fun surprise & I've since gone back to add to my wish list on Amazon to make sure this is my go-to stuff. What good things are happening in your life this week?