The weekend that was our final Christmas & the first of MSM for the year...


I can throw in the towel... the Christmas towel.

We've made it through the season. 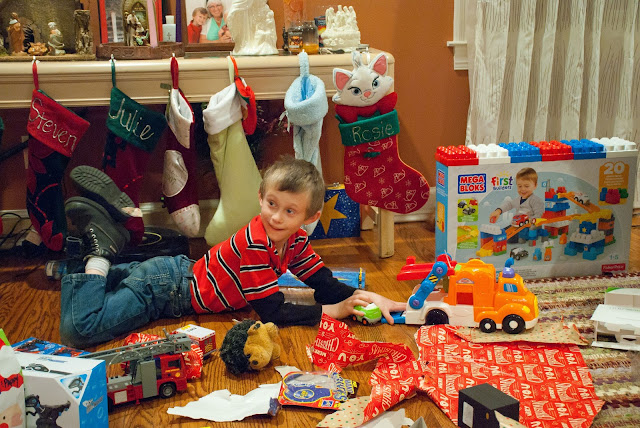 Now, does someone want to come take down all my decorations?... maybe its not over yet after all.

You want to talk about a busy weekend?  This weekend may make some of my others look really laid back.

Friday, I got off work & had so much to do around the house.  So Ricky stopped & picked up pizza, which was so glad because I didnt eat anything but an apple at lunch because I didnt want to go out in the frigid weather to get food.

Needless to say, I scarfed this baby down FAST! I got in the shower & actually fell asleep really early... I needed all the sleep I could get on Friday.

Saturday, we were up early& on the road. Nashville bound.  With a trunk full of gifts for a few little boys.

It wasn't a bad drive.  Sometimes the drive can feel like FOREVER.  Other times, it feels like its not that bad.  This was a mixture.... wait, I do take that back. This was a bad drive. Not because of the distance, but because I had to pee virtually the whole trip.  TMI?  Sorry - its true. I was miserable.  But Ricky wanted to stop in Bowling Green at a store to pick up a last minute present & he's not keen at making a whole lot of stops.  So my goal was to make it to Bowling Green.  Now, for those who aren't familiar with my surroundings - I had said the first, 'I have to go to the bathroom" before we even left Indiana.  Bowling Green is near the Tennesee border.  This was a challenge.

At one point, I told Ricky, I'm going to have to buy pants because I'm getting ready to pee all over myself.  He told me to just stop, but I know he hates it.  Call me a dutiful wife because I was like, "I AM GOING TO MAKE IT'... & let me tell you. It was a near miss. I almost had to have Ricky drop me off at the store so he could park the car because I didnt think I was going to be able to walk in.

The whole time I did walk in, I just kept saying, "Please let the bathroom be at the front of the store" on repeat... God answers prayers.  WHEWWWWW!!!

Did I really just write a few paragraphs on needing to pee?... welcome to my life...

But we got to Nashville & its always fun to see our Nashville gang.


Not only were we celebrating Christmas with everyone, we had a birthday to celebrate too.

I can't believe our 2nd grandson is turning 7.  I know I'm not alone in the shock of that.
Another year of turning more into his Pappy.  Mercy - its scary how much they are alike. 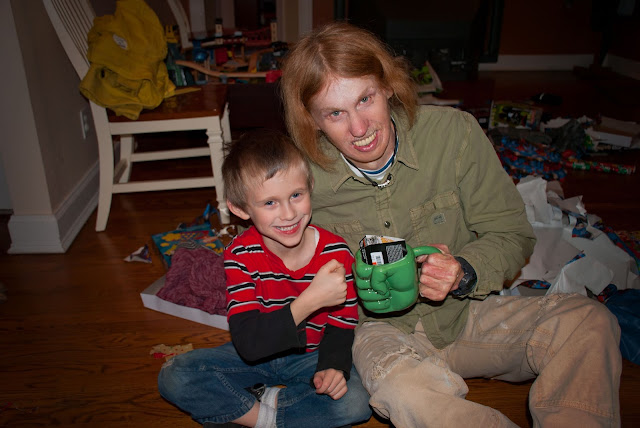 We went to get some lunch at our usual favorite, Pied Piper & then Julie took me to one of the top ranked groceries in Nashville. It smelled like Whole Foods & it seemed like a smaller version of it.  I would shop there every day if I had one near me.  But Julie took me for a purpose - to get some good coffee.  I trust her coffee knowledge so got a bag... haven't tried it yet. I'll let you know how it goes when I make my first cup. 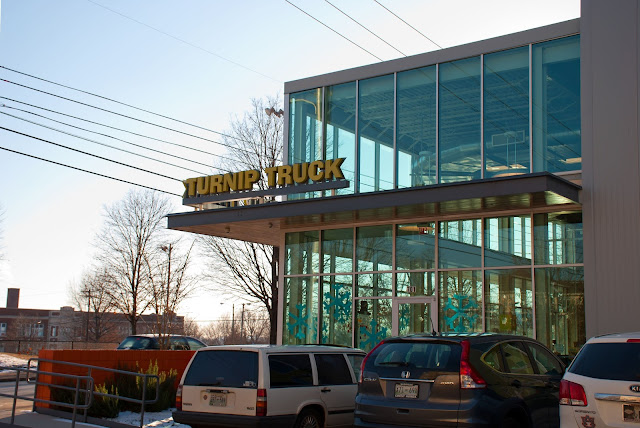 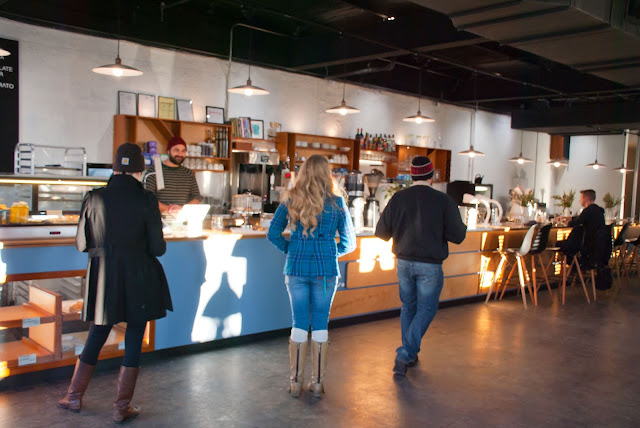 We also did some driving around town & I saw so many murals that I see in photographers & bloggers pics so many times. I told Julie when it's warmer, I'm going back for the purpose of doing pictures with some of these murals.  They are just so beautiful & artistic.

It was time to get back home & PRESENT TIME as the boys said.

My mom & dad always send some gifts down & like Julie said, they are always the hit of Christmas.  They know how to pick just what the kids want.  This year, it was handcuffs & snot glasses.

Who knew this was the hot item of the year?  Forget your little hatch-amcallits...the boys played with these things for the longest. I think Isaac even fell asleep with the handcuffs still on him


Its always a little hectic & chaotic at present time - the way it should be for kids.... 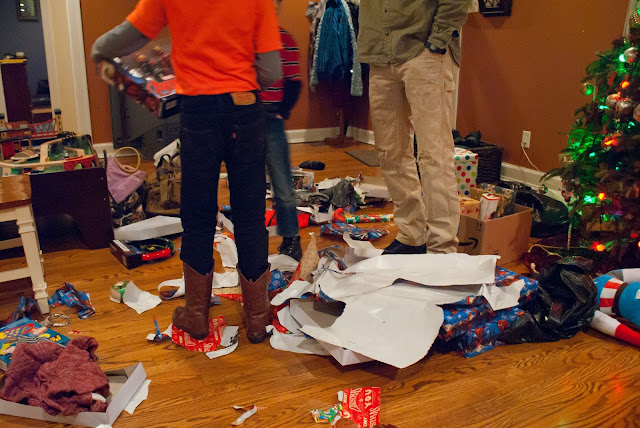 The cutest thing EVER... Luke is a rock FREAK. He is always sticking them in his pocket - has them all in his bathroom - bottles & trays & bags full of them. To him, they are priceless... so it was so adorable when Julie looked in the box that had our gifts & there was a rock in there.  Luke had purposely put that rock in there because he wanted to give it to his Pappy as his Christmas gift.  I about cried when he gave it to him.  Peencha!!!


It was then time to celebrate Luke's birthday.  His birthday was actually Sunday but we would have to leave before the celebration so he got to have 2 fun nights.  This first one, he wanted a donut cake.  Julie was happy to please & said it was the easiest cake she ever made.  He was so excited about it.

The rest of the night was full of toy playing & battery galores & remote everything....

Sunday, we had our alarm set for an early wake up call. Luckily, Julie is getting up early so we got to sit with her & talk a little before we left.  But we were on the road at 6am Nashville time & heading home.

I wanted to be sure to make it home in time for our first MSM group of the year.  Especially because it was kicking off a series talking how important our small groups are for one another. I felt like it would be really bad if this topic, the girls small group leader didn't show up.

But it was such a nice drive home watching the sun rise & seeing the frost on the farm lands & the cows. I wanted so badly to stop with my good camera & get some pictures - but stopping would defeat the purpose of leaving early.

I got to church with 5 minutes to spare... how's that for timing.

& SO GLAD I went.  The girls were so great to see again after a Christmas break & we just had a challenge to do things as a group. I am so glad I didn't miss it.


After church, I headed home to do adult things like bills & cleaning & just get my bearings back together.

It was a hard weekend - but one I wouldn't pass or change for the world.  Lots to celebrate - lots to love - lots of people to love on & be loved by.