This week I am thankful for:
{the numbers go with my One Thousand Gifts Journal / Just ignore them}

87 / Yarn gift card still going.
Its funny because Ricky thought this gift card would last for the longest time.  I've done good restraining from spending it all at once. But one more stop & about 4 more skeins of yarn & it'll be all used up. I have loved shopping for free yarn though.

88 / Got in fast at eye doctor.
When I called to get a doctor's appointment for my bleeding eye, they got me right in.  I was having flashes in it which was bothersome & kinda scared me so they wanted to double check my posterior vitreous detachment from October & see if that was OK & not turned into a retinal detachment.  They ushered me right in & examined me as soon as I walked in the doors.  Thumbs up for that service. 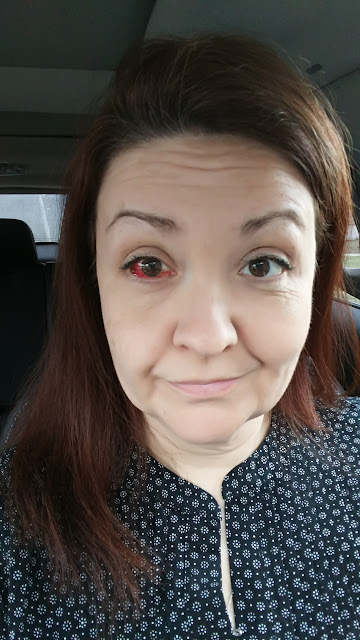 89 / Ricky got glasses!
It was funny- while Ricky was waiting on me, he was looking at glasses - & went ahead & asked if they could give him an eye exam since we were there. They did & he ordered 3 pairs! I got to sit in with him while he got his test.  Poor boy - I dont know how he functions with his eyes. I cant wait for his glasses to be done & hope they open up a whole new world for him.

92 / 19 of the best girls.
I felt so blessed to be able to hang out & enjoy Believe weekend with my small group of girls.  They all were just so special & made the weekend wonderful. 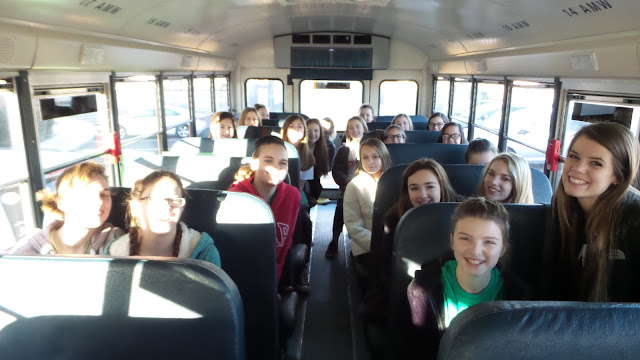 93 / Food for Believe.
I have to give kudos to the leaders from MSM that organized the food.  They had Chick-Fil-a for dinner for the kids, but they knew I was vegetarian & had me & Ricky a salad for dinner. & there were special snacks & breakfast for the leaders as well throughout the weekend. That was just so thoughtful to take care of us all during the weekend.

96 / Title of Church Mom.
I have a junior in high school that leads with me for small group - whom I always call a Disney Princess - she's amazingly stunning in every way. But the girls connect with her on a different level as me.  Totally expected.  She's only 4 years older than them... me? I'm nearly 30+ years older than them.  But it was so cute because over the weekend, one of the girls told me Jana (the Disney princess) was like their favorite friend at church & then she went on to tell me, "... & you're the "Church Mom" to our group".  I asked her what that meant & she said that "you're the one that we go to for advice & to count on to be there for us"... that made my heart melt.  & then she said, "That means when we grow up & have babies, you're going to be our Church Grandma, m'kay?"... I'll totally take that role

98 / Ricky's first Believe.
I so loved Ricky got to experience Believe himself this year.  He was nervous going & being a leader at an event like this, but I loved by the end of the time, seeing guys run up & high five him or yell his name for him to come over & hang out with them.

99 / Believe Band used my pic.
I loved seeing a photo credit from the band that played at Believe after they used my picture.  That's always fun. 102 / God's Provision.
One of my girls got sick on the 2nd day of Believe.  Bless her heart.  She woke up with a sore throat & had a fever. Strep throat has been running around their school like wildfire too so we knew she probably had that. But it turned out so well for the situation because her mom & dad were there serving as leaders for different groups. So when her friends told me she wasn't feeling good - we were able to get her parents, who took her to the nurse in the expo center... confirming she had 102 fever (WOW!!!) & her mom was able to leave & take her home.  God's provision even more so worked because someone had just drove there so there was a car to take her home instead of figuring out how to get back to Indiana.  If anyone in that group HAD to get sick, it just worked out so well that it was her so she could have her momma next to her & she got home & in her bed as soon as possible.

103 / No plans on Sunday.
The day after Believe, Ricky & I have never been so happy to not have plans in our lives than that day.  Harvey Dent & Bruno & Zoe would totally agree as well.

108 /Didnt fall on Treadmill
I was running the other day on the treadmill & for some reason, it stalled.  Not once - not twice- but 3 times. & the third time, it totally jolted me. I immediately thought I hurt my knee or back ... what hurt the most was my neck - it was like a whip lash sort of thing.  It was crazy how it happened. I turned it off & turned it back on & it never did it again ... though I am nervous to get back on it now.... but I am thankful I didnt fall or hurt myself worse.

111 / Coworker off work.
The stomach bug is STILLLLL going around here at work & I am so thankful when sick coworkers take time off & dont come in & spread it around some more/again. I legit have a bottle of Clorax wipes that I am using for everything & anything I touch.

What good things have happened to you this week?