The weekend I missed dad the most so far.....

Anyone else still celebrating the 4th of July this weekend? 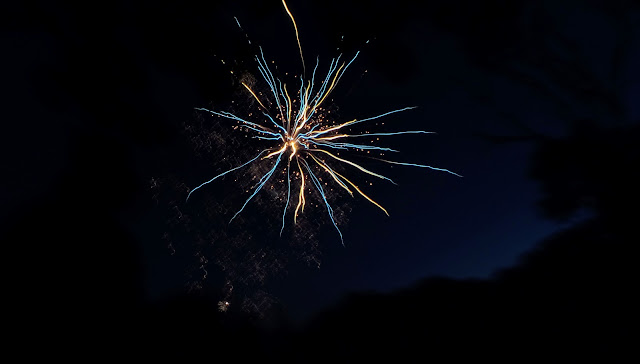 We did... my parents neighbors have a big celebration every 4th & they had a family wedding so instead of actually doing it on the 4th, they moved it to the weekend so they could have all the family with the wedding over as a reception type thing.  GO USA!  Even a few days late.

But the weekend started off on Friday when I had to stop at Starbucks once again for another Happy Hour. I hope this is a every Friday thing because its nice getting two drinks for the price of one - especially when you stop there anyways on your way home on Friday.

Me & mom had to drive up to the funeral home where dad was at to take care of things & it was just like seeing some family when we walked in again. They were just the nicest people there & one of the funeral directors is in his early 20's & just the cutest little guy.  He just always wanted to make sure mom was taken care of & he was once again so good to her taking care of her when we walked in the door.

We ended up walking to their monument store to start looking at headstones.  Not a fun Friday night.... but it's something we got to start doing. 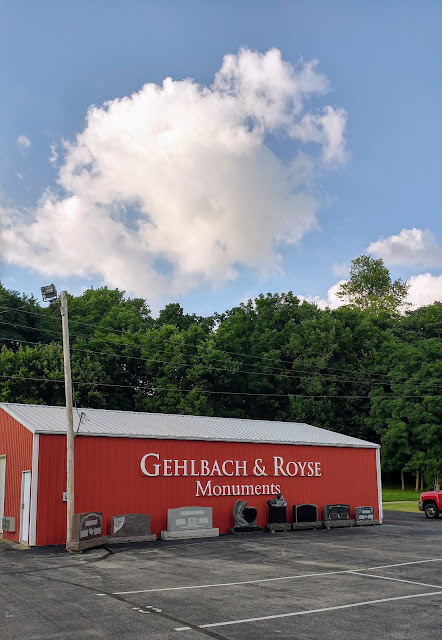 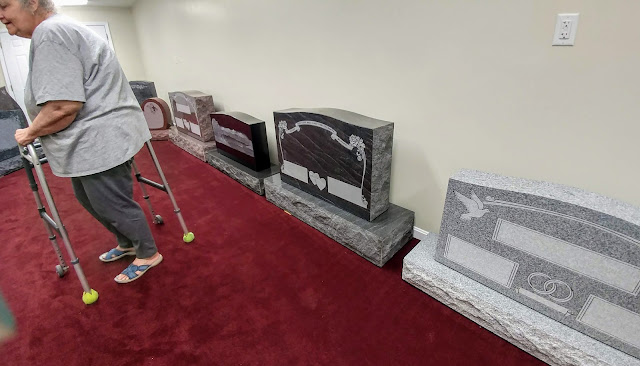 & while we were up that way, we stopped by to say hello to dad. 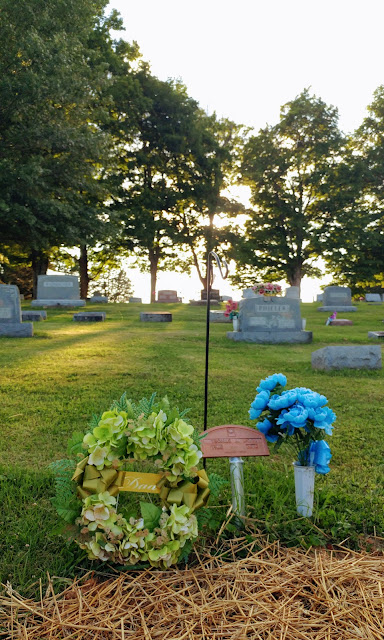 We stopped for some grocery shopping on the way home - Friday night grocery shopping is becoming our regular routine & again, I'm not upset at all that the little local grocery store is pretty much empty on Friday evenings.

Saturday, I woke up AGAIN at 5:30am UGH!  I hate getting up early on weekends. 2nd in a row now.  This one wasn't as horrible as last weekend though because Ricky had to go to work & I got to spend some time with him before he took off.

Plus, it just felt like HEAVEN outside.  I dont know what happened to our horrible, humid, hot summer weather, but we had a reprieve for a day.  It was actually - dare I say - CHILLY in the morning.  It gave me some energy.  I ended up cleaning the house for a few hours & then had to take advantage of sitting outside reading while it was nice. 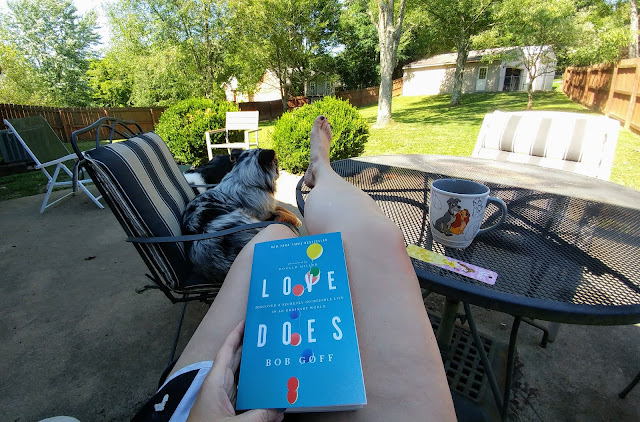 With surgeries & feeling bad, & heat & humidity, its something I've missed this summer.

Ricky got home & he got to work on the yard while it was nice & I ended up staying out reading my book (I did my work early... that's what I kept telling him) ... & then I went to get mom to go get some snacks for everyone coming over to her house for the fireworks.

So, if you've been around here for awhile, you know that dad does his usual tradition of painting his horse for the 4th of July.  It's just what he's always done.... & people just sort of expect it at this point.  What are we to do this year just a month & a half after he's passed away.... well, luckily my brother is an artist so he could pull it off.  He went over earlier in the morning & painted Cochese for this year. 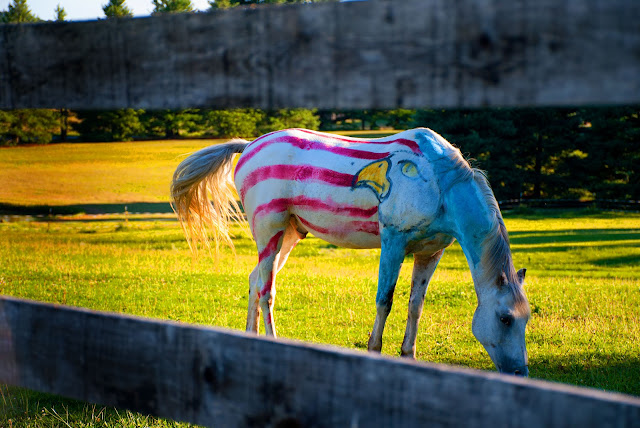 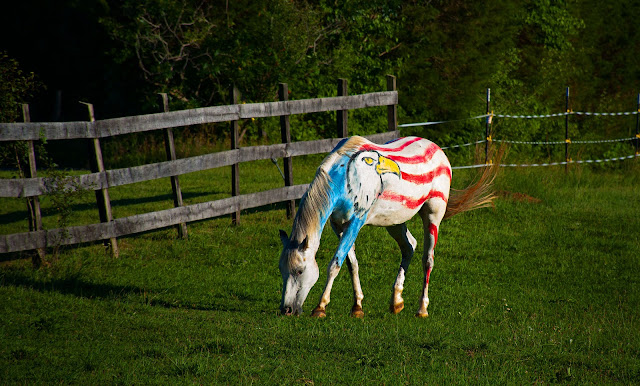 I love the tradition was continued. 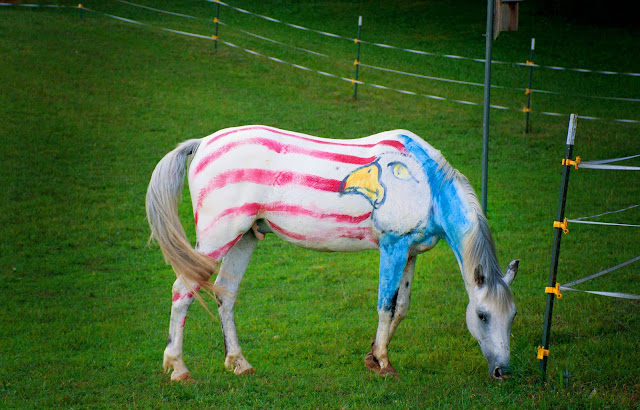 & it was just strange not having dad there.  The 4th is just like some sort of holiday for us where we know we're getting together & we watch the fireworks & just have a good time together.

My brother asked me if I minded if he invited a friend since it was going to be a little strange without dad.  I told him I didnt mind at all. & next thing I know, he has like 20 people coming over.  CELEBRATE! ... I had invited our friends to come over because my dad had been wanting to show Emerson his horses for so long.  That was something my friends said after dad passed away that they hated they never came over.  You always think "We'll do it later"... & then some times, "later" isn't able to happen.  So sad really.... I was so glad they got to come over for the 4th.  To spend time with them & to show Emerson the horses. I know my dad was watching down on the whole day & just smiling. 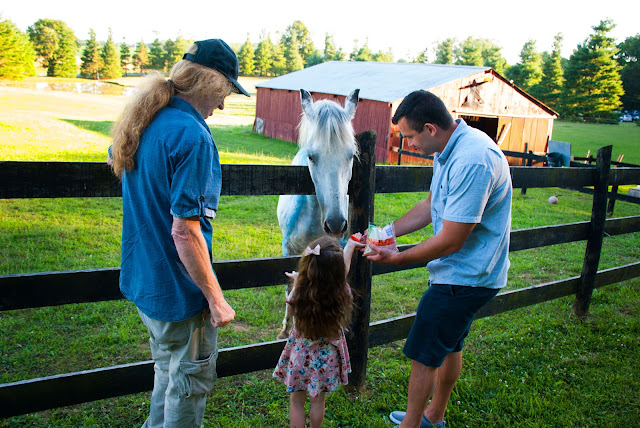 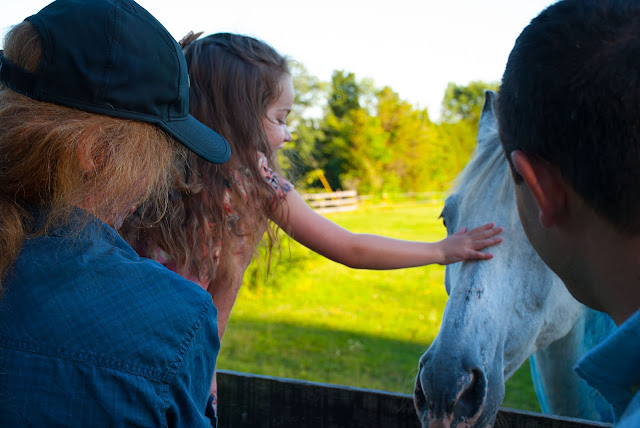 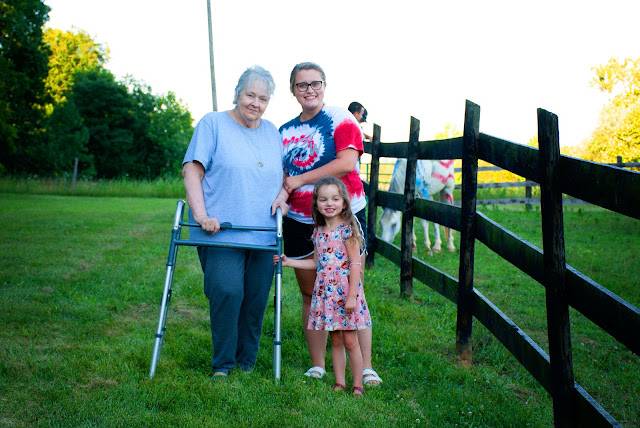 I think this was the biggest thing so far that I really felt the loss of him.

Not even Father's Day was as tough as this was... I think because I hid as much as I could for Father's Day. This was IN the moment ... & man, it hurt.  Big time.

So in the end, it was really nice that there was a lot of people there to talk too & laugh with. 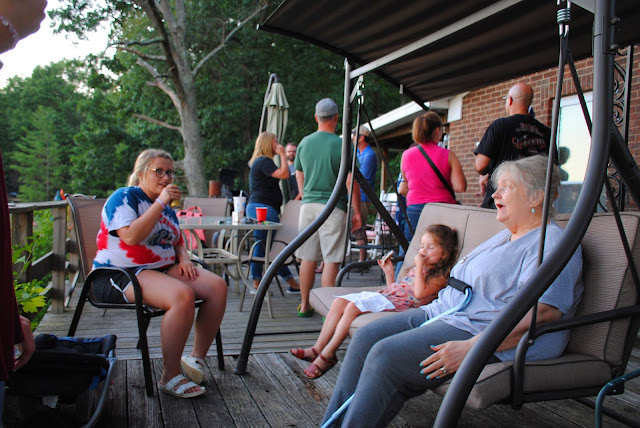 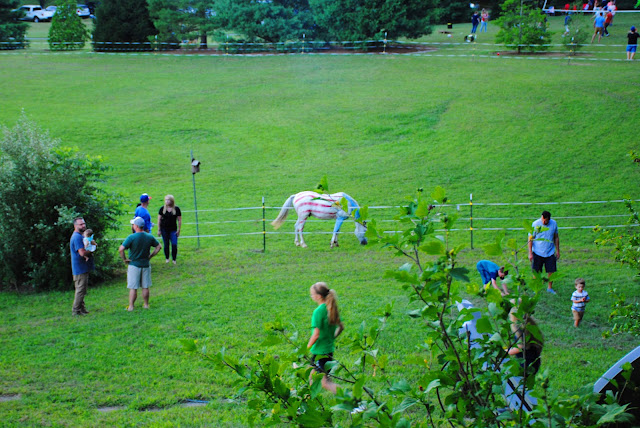 & the fireworks, once again, did not disappoint. 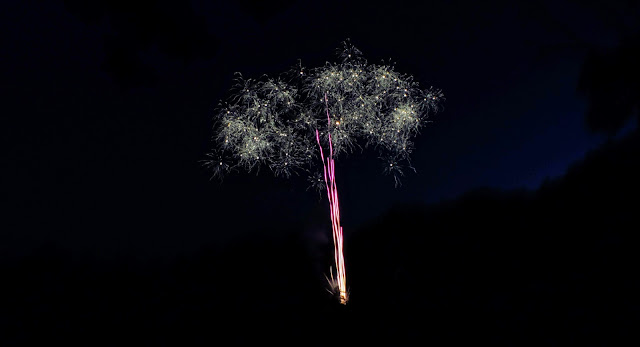 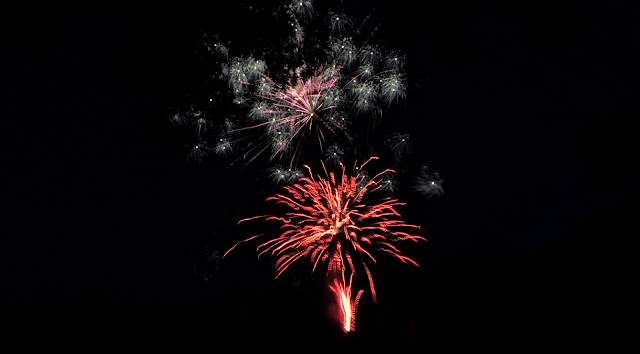 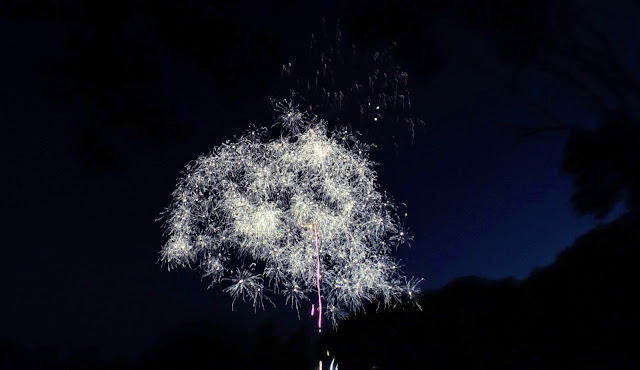 But I did take it easy all day Sunday.  I finished up my book & just basically did a Soprano's binge. Now in Season 2....

Pressing on to the next week that lays ahead!!!


Were fireworks still going off around you?

Any tips on buying headstones?

Tell my brother how awesome the horse ended up this year :)