The weekend I spent time with the Mob....

Made it through another weekend... in pain the whole weekend... but survived.

I dont know if this pain is EVER going to go away.  I am just miserable. None of my follow up appointments aren't till next week - so I still have awhile till I get some answers & some sort of input on what the next step is.  Right now, I'm not seeing good things. I just hurt too bad.

But trying to get life back to normal in some ways - ways that I can anyways.  Even if it involves being SUPER hyper aware of everything that involves sitting & walking & basically living.  Please know that sitting without pain is a blessing!!!! A huge blessing!!!!!

Did I mention I'm so over it. Be prepared - you're going to hear me say that A LOT the next week.

My Friday started off with me stopping in the library to pick up some books.  I dont know if you follow the Modern Mrs. Darcy - a book lover, author, blogger - who also lives in Louisville!!!!! - well, she posted a list of short novels last week & I thought it would be perfect to read these for the next readathon - which is July 21-22 if you're interested. Click right HERE if you want more info on that.

But I'm glad I had the library pull these books for me when I did because I think they would have been gone by the readathon weekend. 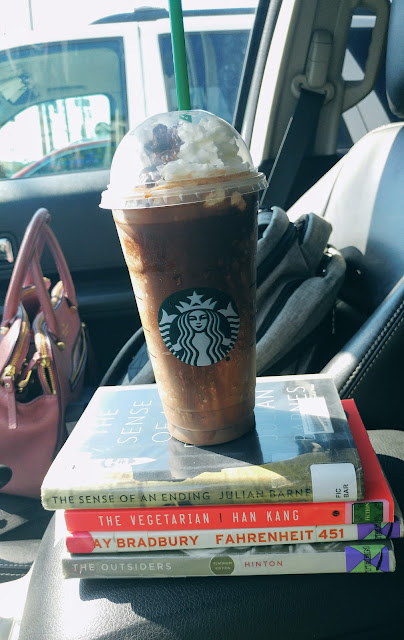 & then when I left the library, Starbucks was having their HAPPY HOUR of getting one drink & getting one free. So Ricky met me & we celebrated that I made it another week of surgery free with 2 java chip frapps.  & everyone else must have celebrated with us because the line was SO STINKIN' LONG, it was wrapped totally around the building. We went inside to order & the line inside was just as long. Everyone was taking advantage of that Happy Hour! I know the Starbucks employees has to hate this special.

My mom needed to go to the store so I ran & picked her up & went to the store - only to get a phone call from Ricky letting me know he had a flat tire & was waiting for AAA to come tow him.  Mom & I got out of the store & rode down to pick him up from the tire place.  That's an exciting Friday night for you.

We ended up spending the rest of Friday night eating dinner over at my mom's house & got home about 10:30.

Saturday, I was so mad when I woke up at 5:30 AM & couldnt go back to sleep. That's just the worst way to do a weekend. 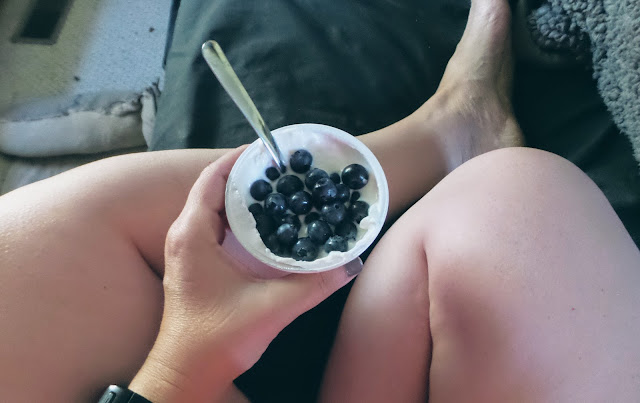 Ricky had to run out early to take care of some things & I just got up & slowly cleaned parts of the house in slow doses with this pain.  When Ricky got home, we had to run down & pick up his car.

& while Ricky got his car & drove home, I needed to take some pants back to Target.  I ended up walking through since I hadn't been to Target in about a month. Seriously? How does that happen?  But I made up for it because I went in wanting nothing & walked out spending $75.00.  Geez.

We got home & felt like we were exhausted from the heat. IT WAS SO HOT! SO HOT!!!!!! It was like life draining heat.  So Ricky & I ended up sitting on the couch just chatting & talking & we both dazed off for a bit. That early wake up time didn't help.

Ricky was doing some work in his garage & I got my knitting & got on the couch with the pain & decided to start a new binge watching.... this time, I started watching The Sopranos.  I had never seen it before & am totally loving it.  It's so funny because I didnt feel like it was that long ago that it was on but man, the clothes & the references show that its was longer than I thought. Even the opening credits show the Twin Towers - which is so sad.  But I'm loving the show & excited to see how it all plays out. 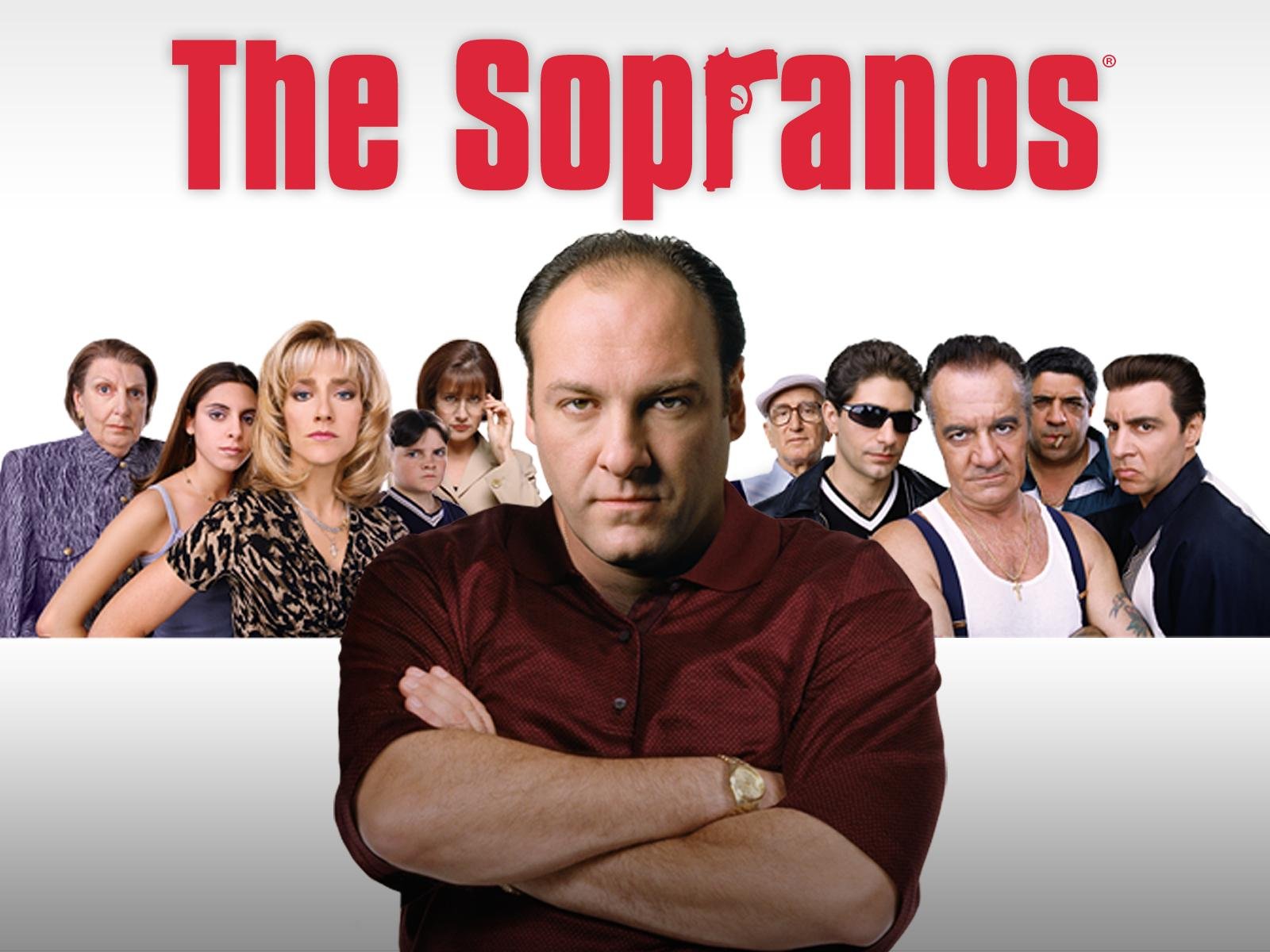 Sunday, I ended up waking up AGAIN at 5:30 AM (UGHHH) but this time, I was able to fall asleep. & then Ricky had to wake me up at 8am because I had mentioned trying to go to church to see my youth kiddos.  They were having a Bible & Beach celebration & discussing how their week went. 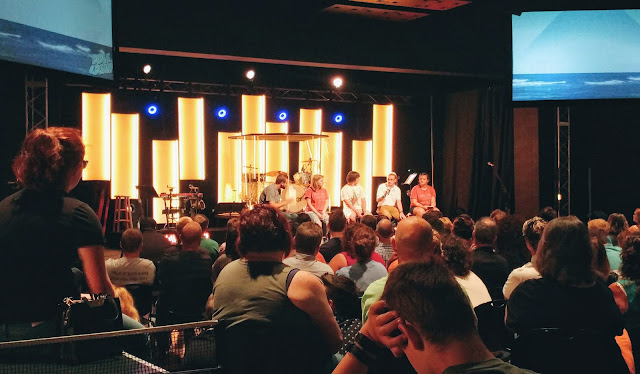 I'm so glad I made it because one of the girls in my small group actually was on the stage talking about her week.  Loved it so much.  Even though it did made me super sad that I missed being there with them.  But I know they had the leaders loving on them & speaking life & truth in them while they were there.

We were going to run out & see my uncle after I got out but we got a text that he was having a tough day so we decided to wait. We didnt want to bother him or anyone & we're going to try & have some time with him this week..... so I ended up going to Sam's club & picking up some things we needed.  & man, did I walk out of the store a lot poorer than when I went in.  Mercy. 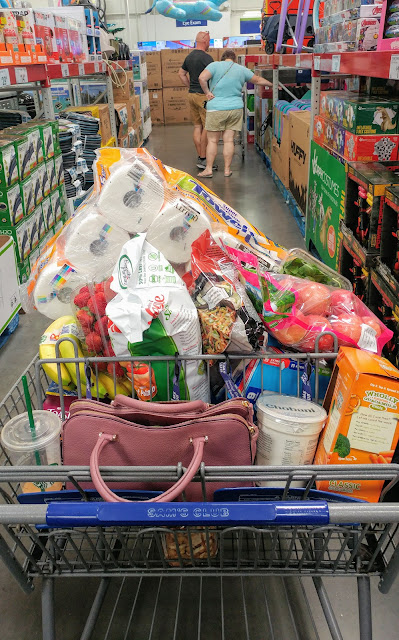 I'm literally making it through each day but feeling like I'm counting down the hours of pain.

Did I mention I'm over it all?