Ohio!!!
I am so thankful for my sweet blog sister Cathy!!! She always links up with me every week in Thankful Thursdays & is just always a pillar of strength in prayer throughout the years for me... & I for her. I just adore this lady.  & will be drinking coffee from my Ohio cup she sent me & lifting up even more prayers for her each time!!! 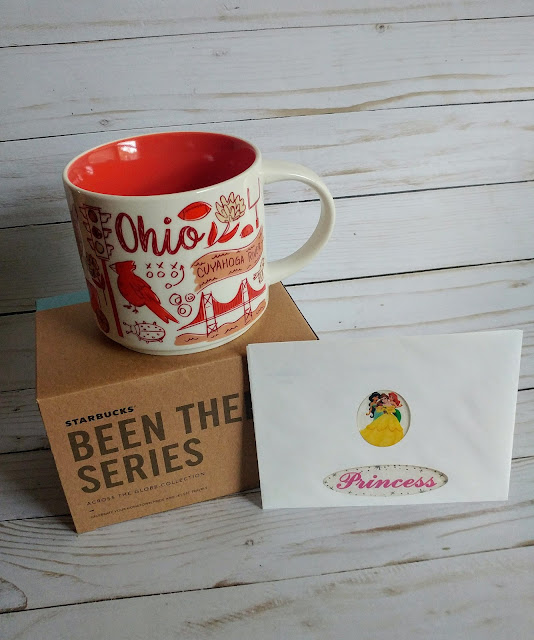 Helpful husband
My poor brother was sick last week & Ricky was able to step in & help with the horses on more than his 'usual' days.  I felt so bad for Tony.  He had a really rough week

Brother feeling better!
Glad he's back to normal ... or what 'normal' looks like for him. Come on... I'm his sister. Its the law that you say jabby stuff like that with siblings. LOL

Amazon Questions
I got a new clock for my bedroom that has projection on it on the ceiling.  Except, the instructions said to turn it on, you hit a button on the right.  ANNNDDDDD on the right of my clock - nothing. No button anywhere.  I looked at the box & yep, on the right, a button - but on my clock, no button. So I go to Amazon Questions on the clock to see if anyone else has this issue.  DORK ALERT!  Someone said their  button was on the left.  & yep - there it was. I never even thought to look on the other side of the clock. haha. But glad to know I wasn't alone. I had like 5 replies where others did the same thing.  ... & now, my projection works perfectly in the middle of the night.

Georgia!!!!
And ANOTHER cup full of friendship - this one from Georgia & from my dear blogging buddy, April - who I am so beyond STOKED that she's back to the blogging world. I have missed her so much. I have watched her girls grow up from middle school & high school to grown up women with one being married. I really do get invested in families & always am rooting them on from afar - especially kids who grow up to be amazing adults.  & I think this is the first cup that actually really reminds me of the person who sent it. She EXUDES Georgia peach  & all the southern a woman can be :) 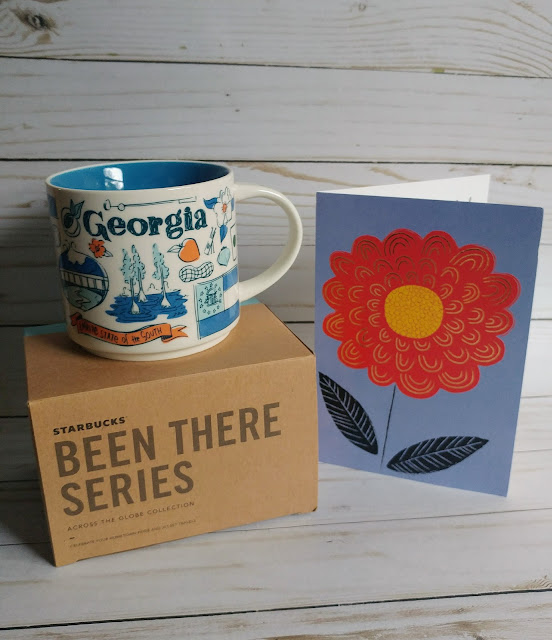 Bruno OK!!!
OK... first of all - let's celebrate & be thankful that our grumpy old man made it to HIS 18TH BIRTHDAY!!!!!!!  He's struggling bad & every day we're thankful for another day to love on him.... but Ricky woke up one morning & I heard him screaming Bruno's name. I was shaken out of bed & I instantly thought that Bruno had passed away over night - so I run in the kitchen & scream, WHATS WRONG?... when Ricky tells me to stay back - which confirms my fears... he's passed away, hasn't he? NOPE... that dog. He had pulled off the vent from the floor (& yes, he's done this a few times & we keep the chairs on the vents - but one must have gotten pushed aside) & this poor little, skinny, blind dog FELL DOWN THE VENT!!!! Ricky said the only thing sticking out was his head.  His little body had gone down the whole thing.  If he had pulled in his paws just a little, he could have fallen down entirely down the vent!!! I CANT EVEN IMAGINE what we would have done.  Tore the house up - that's what. I said he probably thought, "mmmm... my butt is nice & cold" the entire time he was down there. & Lord only knows how long he was there.  But Ricky got him out & he was totally fine. Had one little cut on his back, but otherwise, just started walking around trying to find the water bowl.  THAT DOG! He's like a cat & I think he's on life number 8 3/4.

Goodbye Lunch
When I started my job, the guy who trained me just instantly became my buddy.  He actually came down after my training & we got to talking about our faith & ministry & God & all kinds of good spirit filled stuff... & we've been buddies ever since.  & he got another job & was leaving us at work - BOO HOO!!!! So sad to see him go - but we can't fault him - he got a job serving full time in a church!!! HOW INCREDIBLE IS THAT???? We are all so proud of him. We considered him our resident preacher anyways - he'd always walk around & check on people & talk about their faith & answer questions for them regarding God or the Bible.  He was used to doing God's work no matter what - so that he's making it a new profession - Yep, so happy for him.  & our little lunch gang had to do one more final lunch with our buddy to let him know we will miss him! 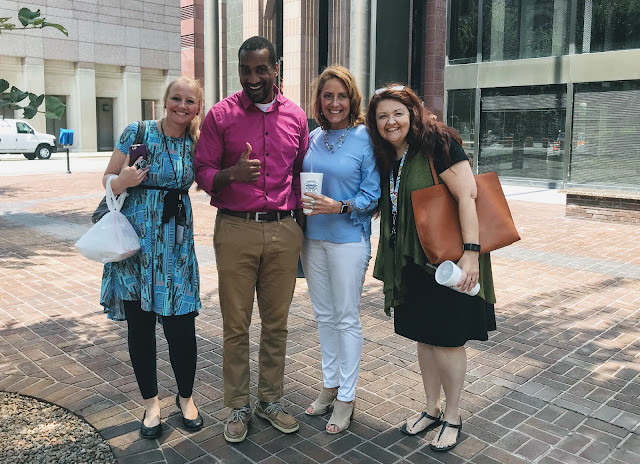 Date Day
Ricky & I havent been to the movies in FOREVER. Its just so convenient to do it at home, in the comfort of our bed, with pillows everywhere, & dogs laying all over you & snacks that aren't ridiculously high & bathroom's around the corner with PAUSE buttons to make those trips happen.... but we did take the time Sunday after church to go see Incredibles 2.  I couldnt believe it was still playing at the theaters. It came out like in JUNE!!!! But yep, still playing & it had a decent size audience to be a movie out so long. We loved it!!!! Edna is STILL my fav... & glad for more Frozone!!!! But it was just nice to do a real "date" with my love. What's something good that's happened in your world this week?