*****
Thanks to Netflix, I am now loving the show "Lie to Me" ... & because of it, I'm totally addicted to watching people's actions & their facial movements.  If you havent seen the show, its about an agency that deals with reading the way people say thing, the tone of their voices, the subtle way they move their face, their hands, the way they stand - & all of it can show if you are lying, or how you are feeling... afraid, happy, jealous, angry... Its crazy because they show real-life pictures for examples... like Bill Clinton when he gave his "I did not have sexual relations with that woman" speech....

So I'm so obsessed with this idea that the other day I was pumping gas & a couple was in a car behind me & you could tell they were arguing... I couldnt hear a word they were saying, but I just kept staring to read their facial reactions & their hand movements... They were probably yelling at each other to go confront the strange woman who was staring at them outside their window... oops!


*****
For the record... I TOTALLY called Annie as the saboteur on Big Brother!  With her being on the floor during the lights out, that's what gave it away for me.  And then when she got nominated, she kept saying "I'm so embarassed" - so that made me go "hmmmm" too... I love being right!  Doesnt matter anyways - she's outta there!  You totally know CBS is so angry about that one... the twist of the year, gone in the first week! 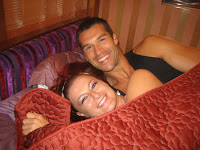 I'm loving Brendan & Ragan...And Mr. Meow Meow (Enzo) is just entertaining... Its the year of Italians, isnt it?
*****
Are you KIDDING ME?  I heard that they are going to offer Lindsay Lohan over a MILLION dollars to do a interview after her little prison stint.  Because that's what she needs... publicity on this... almost like a pat on the back ... how messed up is that?

Is it hotter then Hades were you live?  I feel so bad for my poor husband who has to work outside & in a warehouse.  He said the other day that the temperature in the warehouse was 113 degrees... He comes home looking like someone beat him with a heat stick... it doesnt help when I tell him that my coworkers are FREEZING me out by cranking down the air conditioning.... I need to work on that sympathy thing...
*****
Is this the most hideous sweater ever?  Who doesnt want to look like a real life cookie monster?  Every woman wants to look like she's gained about 30 lbs of fat around her belly area & her arms... 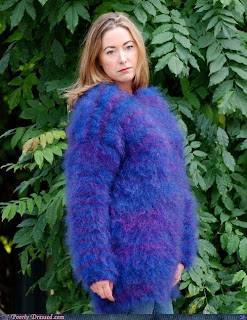 But this one did make me happy... I wonder how long it would take to make a cover for my car... 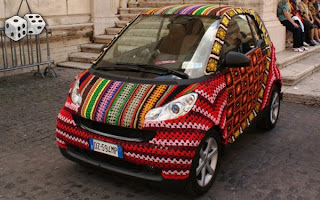 *****
Have to leave with a cute picture of my nieces... well, any picture of them is cute... but love their faces with one of their doggies... & really love the doggie's face... 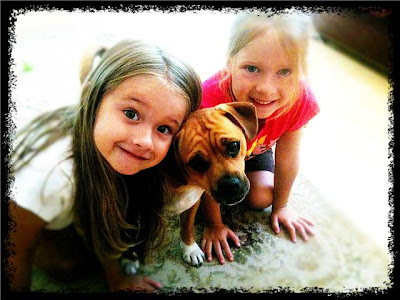 Hope you have a fantastic Friday!!!