Oh... its a "Thank God its Friday" kinda day... & I'm not talking about that ABC Friday night line of comedys with Suzanne Summer or Urkel... Just glad its Friday.  Glad to have my husband not have to work in this heat for 2 days.  Who knew I'd worry so much about him out in this stuff.... does that mean I love him?  Surely not... Let's frag, shall we? 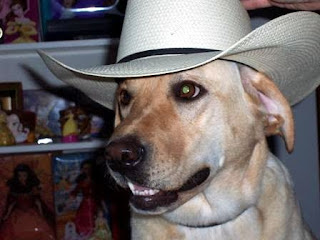 My poor yellow lab woke up Thursday limping so bad, she could barely put her foot.... or paw... depends if you're an animal lover on how you think about it...but she couldnt put it down.  If you own a lab, you know they live, sleep & breath PLAYING.  So even though she was on 3 legs, she was still carrying around her ball in her mouth in case she had to do a tripod kinda limp to get to it... Ricky was able to move her leg around & press & feel on it without her freaking out - so we didnt think it was broke.  So we put all the toys away so she wouldnt want to get the urge to run after something & we came home from work & she's putting weight on it now.  This morning, she's still got a little limp, but getting much better. She musta pulled something.  That'll happen when you're like 120 lbs & leap in the air to catch frisbees... I know I pull something everytime I do it myself...
*******
OK - I know, I know... Mel Gibson has a bit of craziness in him... & violence is NEVER a good thing.  But am I the only one who thinks this woman totally set him up to look even more crazy?  You know Mel's ex-wife is sitting back just shaking her head... 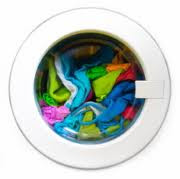 So I put in a load of whites in the washing machine - go get on the treadmill to run - finish & go to move everything to the dryer.  I open the lid & pull out my bra that I love to keep sparkly white & notice it looks GREY!!!  HUH?  Then I look in the washing machine & notice something... GREY... & DARK... What?  I calmly went in  & asked Ricky what was in the washing machine.  He said, "I saw you had a load going so I threw some stuff in".... he just randomly threw in like 5 t shirts - all different colors... mostly dark blues, dark greens... stuff with lots of DYE in them... Seriously?  I asked him did he seriously think he could just put whatever together... his words were, "The washing machine was on so I thought it was ok" ... he told me he'd buy me a new bra, but as any woman knows, once you find a good bra, you cant EVER find the same one again.....big grey bra sigh....


*******
Proof my dad is a wonderful grandfather?  He lets the twins fix his hair.  He said Madi wanted to make him look like Woody from Toy Story ... Look at the intensity in Madi's face - not letting that phone get in her way of making a beautiful new look 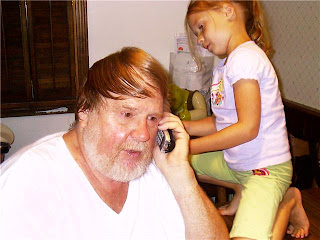 while Sophia wanted to make him look like Jessie, Woody's girlfriend... complete with curlers & all... 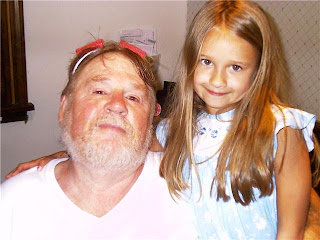 Sorry dad - you know when you send me pictures - just consider that the world will see them.  Didnt you teach me that NOTHING IS SAFE on the computer?  Just saying...


*******
My buddy Christy sent me this comic... I LOVE it!  I told her that some of these races, some of the shorts I've seen people wearing, I'm thinking it may come CLOSE to a thong... geez people - do a butt check before you leave the house... 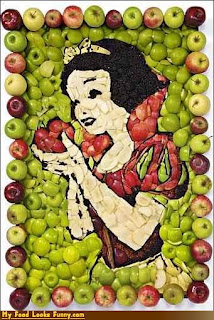 ******
This Disney Princess made me remember... we were at my Mother in Law's this weekend celebrating her birthday & my sister in law said, "Rebecca, you know what my husband said about you the other day?  He said, "I do kinda think Rebecca looks like a Disney character" .... Ahh- he's my favorite brother in law now.  Unless he means I look like some sorta villian or one of the goofy side kick characters that are always singing & dancing... that's a possibility... but I'm thinking he's meaning this one right here... 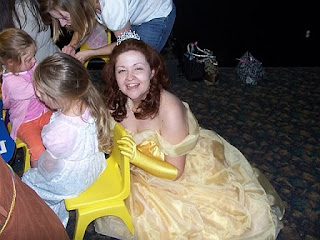 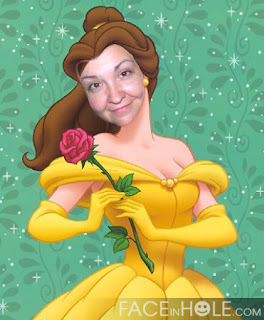