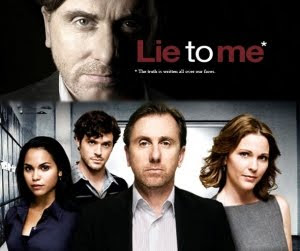 I mentioned the other day, I'm loving the show "Lie to me" ....I watched an episode Monday that involved a man who was in prison.  One of the younger ladies who works for the agency was having a hard time being involved with this man they were investigating.  The premise is this agency can tell what people are really thinking by their facial expressions & body movements.  To make a very long story short, the head honcho man could tell this lady had had issues with violent people.  It was written in her body language.

He went on to encourage her though by telling her that even though she went through some bad situations, it made her who she was today... someone who wanted better, someone who had compassion, someone who was strong.

Then she was reading his facial expressions & said, "so.... tell me... who made you who you are?"

That sentence kinda knocked me in the head...

I mean, we kinda have people who make us who we are.

Whether it be our parents & the examples they set for us & we want to grow up to be just like them.  Or someone who has been abused may grow up to give that same sort of abuse to others.... or it could turn them into someone different - someone who will do anything to not hurt someone.  People can make us stronger or weaker... encourage us or defeat us... giving or shelfish...but do we even realize that people have that kind of power, or control over us?

Life is hard... we run into things that form us & shape us into people we sometimes thought we'd never become.