The weekend that had me playing Rummy for hours.... 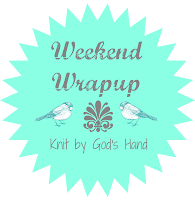 This was a busy weekend that actually had bouts of slowness... yahoo!  I think this may be the last weekend for me to do that until November... so yeah, I took advantage of it.

Friday had me with a camera in my hand.  Doing photos on a Friday REALLY messed me up. I was a day off the rest of the weekend.  I kept thinking Saturday was Sunday.  But the best part of Friday's session?  Chasity was back.  Can I get a Whoop whoop!

It was actually an event to photograph, which I love!  I think people forget when there's a function happening, you forget to take pictures because you're too busy taking care of everything.  & then with guests, who wants to worry about pictures.  So enter us & we'll take care of it for you.

This was one even the coolest because it was a 10th anniversary of a Pet Insurance company & they encouraged policy holders & employees to bring their pets with them. Photos AND pets around?  Best gig ever.

I got home & had drank an iced coffee going to the event... well, I was wide awake all night.  I was on full edit mode.  Nothing like editing at 1 am ... I felt like a crazy teenager or something.

Saturday, we had plans to go celebrate with Ricky's family for my mother in law's birthday.  Ricky got the time wrong & we headed over that way about 2 hours too early, so what do we do?  We go shopping in some of the stores that we used to shop in every week when we lived out that way.  Whhhooooo... talk about a time warp feeling.

Going back & seeing things where you used to live & how they change is freaky... seeing how things stay exactly the same as 15 years ago?  that's even more freaky...

I did find a new store out that way though that wasn't there when we lived out there & it had thousands of books in it.  Ricky finally just left me there & went to another store.  I can get lost in books for hours if you let me.

We headed over to my sister in laws & the gang all was there...

it was such a beautiful day for July.  The breeze actually would get cool at times.  I'll say it again, Summer Vortex, you are my best friend of summer.

Ricky ended up doing what he does best when he gets with this gang - play corn hole.

I'm good at other games, so break out a deck of cards.  Me, 2 of my sister in laws, 1 of my brother in laws & my 13 yr old niece decided to play Rummy.  Now, let me tell you, teaching a 13 yr old to play Rummy is just interesting.  You forget how complicated a game can be when you've played it for years... & then having to explain how it works.  I was impressed how fast she caught on.  & by the end of it, she was saying, "THIS IS MY FAVORITE GAME EVER"

It was the craziest game though too because I guess playing with 5 people changes things up.  We kept running out of cards in the 'draw' pile.  &  kept running into situations none of us had ever run across in some of our 30+ years of playing Rummy.  I'm a big fan of making up my own rules when need be.

In the end, I was the winner!  YES!  I never win playing Ricky so I felt like a champ walking away with the win.  My niece wanted to play another round, but I knew better. My momma taught me to walk away a winner :)

Sunday had me up to teach in Merge about dating & love story... how each person you date, you crush on, who breaks your heart, they all are part of your story, having the power to change the person you become... deep subject.

We started off with a game that had the boys come up with questions for the girls they didn't think they would know... & vice versa.  The boys had us when their first question was, Who is the quarterback for the 49'ers?  I totally showed my age when I was like, Joe Montana....  At least the girls got in a question about Vampire Diaries that stumped the boys.

I had left for church without my iced coffee & goodness gracious - I now see I'm fully 100% addicted.  I was a slug the whole afternoon. Driving home from doing some chores, I honestly didn't think I could hold my eyes open.  I got home, laid on the couch, still in my skirt, & I fell asleep. I NEVER NAP.  I HATE NAPPING!  Let me rephrase. I don't mind resting, or getting in a quick snooze.  But those deep naps?  They mess me up...

Lesson learned... keep an iced coffee IV drip nearby at all times.