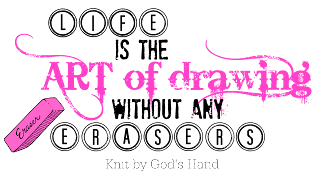 This is my view most nights when I am drifting off to sleep...

No - Harvey being the thing I wake up to is NOT the point of the post.
Talk about anti-climatic... I would be the worst blogger ever if that was it..read on...

But its obvious Harvey Dent is a bed hog.

I can't say it's his fault. We raised him to be a cuddle bug.

But he was also like 55 lbs lighter at the time & didn't take up much room.

His preferred place to be?  On our pillows.

Every night, its a rush to get to bed before him.
Or if he is already there, you have to take off running like someone is at the door & then throw a toy & RUN FOR YOUR LIFE back to the bed before he sails over top everything & tries to get the spot back.

Or you can just count it as a bonus workout when he lays there like a 65 lb. slug & you have to slide him over to where you want him to be. He will literally just let you shove, pull, lift, whatever to him & he's just like, "I'm on the bed - I can touch you - I'm good"

Here's the climatic part if you were waiting...

I see Ricky standing on his side of the bed with a HUGE OBJECT in his hands, being hoisted up really high.

Now, I ask you to think about waking up out of a dead sleep & see a shadowed figure holding something large over top of you...

Straight out of a horror movie!  Or one of those Law & Order shows. I wouldn't know - I've never seen one but I think everyone else knows it has something to do with crimes - right?  I think I'm right.

My years of martial arts training kicks in ... & I just basically almost roll off the bed & nearly scream.  Thank you Kung-Fu instructors for the security you have given me.

Because if someone wants to kill you in your sleep, the decent thing is to ask & hope for a clear answer first....

But he is standing there with a large object in his hands...

Turn your head sideways.  That's what I see laying next to me in bed.

& all I hear from him, "I don't want Harvey getting my spot"

Apparently this is Ricky's trick.

If Ricky has to get up in the middle of the night to get a drink of water, go to the bathroom, or let Bruno out (a whole other story - our dog wont go outside unless lights are on in the enclosed room - #spoiled) he told me that he takes the tray & lays it in his spot & across his pillow so Harvey doesn't' jump up & snag his place.

No less terrifying when you experience it.

Now, it's nothing for me to wake up & see a TV tray laying on its side on my husband's pillow.

Just wait till Ricky wakes up & sees a vacuum cleaner laying on my pillow one day.