The weekend my momma is in the hospital....

As most of you have seen, my momma ended up in the hospital this weekend.... she's still there & we're still waiting for some answers for her.  Thank you so much everyone who has reached out to ask about her & lifted up prayers & kind words of support.  That means the world...

Let's just jump into the weekend to catch you up on the crazy one this has been... 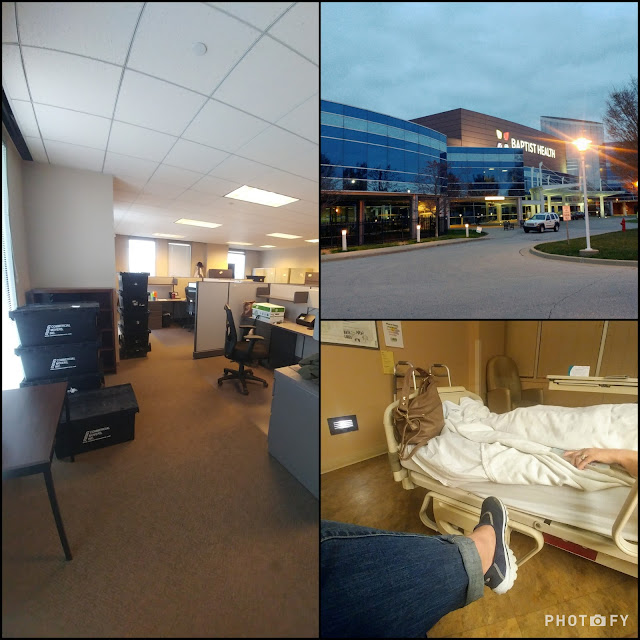 * Leaving work on Friday was sad.  We had to be packed up by the end of the day since our floor is getting renovated.  It was so stressful.  It's going to be even more stressful trying to function in a Monday while trying to figure out where all your stuff goes & what box they are stored in.  Wish us all luck.

* I had just gotten home & fed the dogs when my mom called & asked, "What are you doing?"  After I told her I was feeding the dogs, she said, "Can you take  me to the ER for a minute or two?" ... I had to laugh. ER + minute or two - that's not two things that ever fit in a sentence together.  .... but she was complaining of horrible headaches & her blood pressure was RIDICULOUS high.  Which, as a lot of you know, her blood pressure is sadly, usually ridiculous high.  But paired up with the awful headache on one side of her head, she was anxious about it - so off to the ER we went.

It really didnt seem like it took that long, I think because there was just constant commotion in her room. They couldnt get a vein on her to draw blood & 4 different nurses had come in - & one nurse had worked on her for 45 minutes & still came out empty handed.  Do you know they finally had a nurse get a vein & put her IV ... IN. HER.FINGER!! OUCHHHHHHHHHHHHHHHHHHH!!!!
I'd never seen that before in my life.  Her IV needle is STILL in there.  It's the grosses thing I've ever seen in my life.

But they did a CT Scan, & did some blood work & then around 1:30AM, they ended up admitting her & taking her up to a room in the heart unit.  Her blood pressure was still around 210//165 even after hours of blood pressure medicine.  When I had left, they finally got it down to a 'high normal' for her. 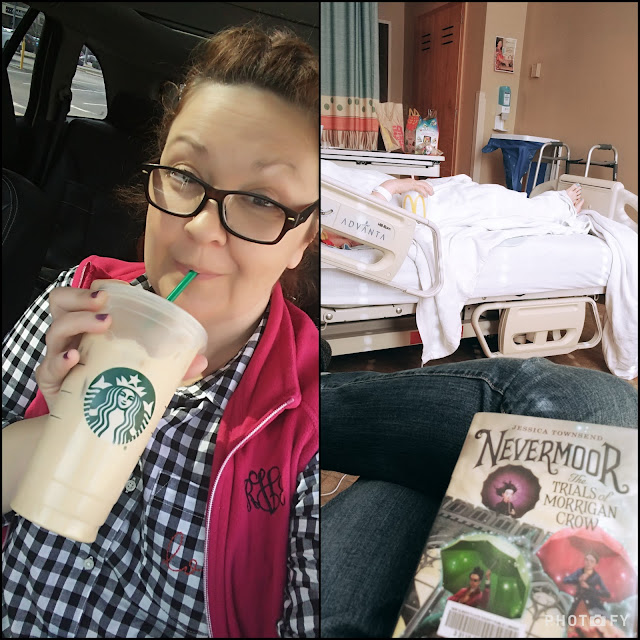 * I ended up getting home around 2:30am & didnt get to bed until around 3 so I was feeling like someone drugged ME on Saturday when I woke up.  Starbucks was most definitely my friend this weekend.

* Mom was actually doing better on Saturday.  She was keeping a good steady blood pressure on a new medicine they were trying her on so that was giving us some positive thoughts that she'd come home on Sunday.

* Left the hospital to go to a church function where I got to see some friends & listen to the most incredible worship group.  They were a mix of like a grungy voice, mixed with country - it was just such a unique sound. I was like, do these guys have a CD at the front of the church to buy? :) ... I needed a good worship session so I loved it. 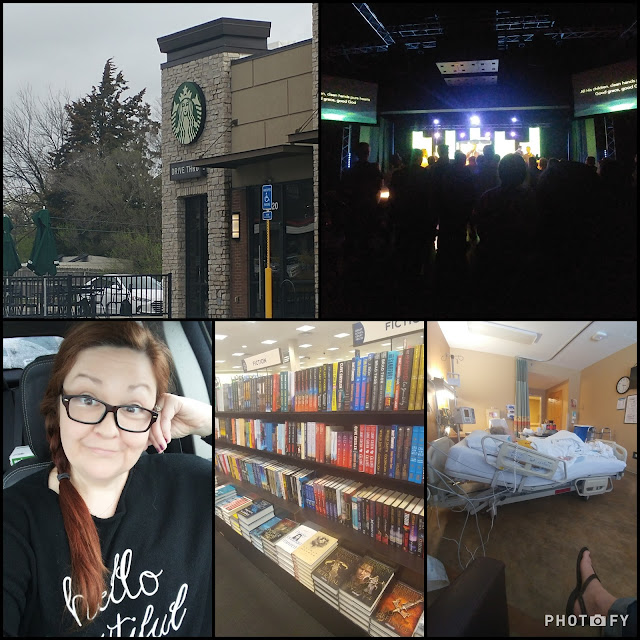 *  AND then mom had a bad night Saturday into Sunday.   Her blood pressure was back in the 200's again even on the new medicine.  So they had to call in a neurologist to check her out - which they said they were going to do on Saturday, but she was doing so well, they felt there was no need.  Well, they changed their mind & even talked about shots IN HER NECK to help relieve the head pain & sent her down for an MRI to see if anything else could be found.  Another overnight stay for my momma.

* Of course, Starbucks fueled my own veins for the day.

* We are back to normal schedule in HSM after 2 week Spring Break.  It was great seeing everyone again & being back at it.

* I wanted to find 2 books that I have my eye on. I have them in my Amazon cart but wanted to go into the book store to see if they had them & I always like supporting book stores.... But tell me why the books are $8.00 cheaper on Amazon than they are in a store???? That's so frustrating.  Especially when they end up marking books down to $6.97 on popular books.  Just mark books the same price as Amazon & you'll make more money even if they are down from the publishing price.  I'm sure there's a method for the pricing for the publishers... but I'm thinking more of a sales side.  I dont get it.  ... I did walk out with some books in hand though. I honestly dont think its ever possible I leave a book store empty handed.

* Talk about Spring showers. It had rained so dang hard!!! My hair was literally growing by the minute. I had straightened it when I left for church & by the time I left church, it was like Rosanna Danna size hair.  So while waiting for the next burst of showers to pass so I wasn't a total wet dog, I ended up just putting it in a braid to try & tame it down.  Welcome Spring.

So yeah... the weekends are supposed to be renewing & refreshing, arent they?

Chalk this one up as anything but.... we keep PRESSING ON!!!