The weekend we went to the church of Marvel

You'll have to excuse me. I'm still geeking out over the weekend.

Ricky's world basically centers around all things comic books... especially Marvel.  So over the years, when all these Marvel movies have come out - starting with the Toby McGuire version of Spiderman, we have been there for them all.

With this one coming out, Ricky was literally giddy excited.  It's basically how I was when Beauty & the Beast live action remake came out.  Nothing else mattered in the world but getting to the theater on opening weekend.

Friday night, we actually got on line to order tickets after hearing about all the theaters sold out.  & man, were the shows sold out. There wasn't many options left for the weekend... & we knew we wanted to go to the theater that had the recliners.  If you're going to spend over 3 hours on your back side, you want to at least be comfortable.

We finally found a showing at 11am on Sunday... which meant I was going to have to miss out on church.  But this was for the happiness of my marriage ... & for the sake of the world :) At least in our little comic book loving mind, that's the answer to everything... the greater good of the universe.  Be your own super hero when you can. haha... I told Ricky we could make that time. & booked the tickets.

So what did the rest of the weekend look like?

* Ricky may have the Avengers to look forward to - but my excitement for Steven Curtis Chapman's concert in just 3 weeks ... so I was listening to my playlist of all his songs on my drive home from work.

* I had to get refreshed on all the little details of Avengers: Infinity War so I watched it all over again on Friday night.  Man, that's such a good movie. & I still remember being so shocked at the ending of it. 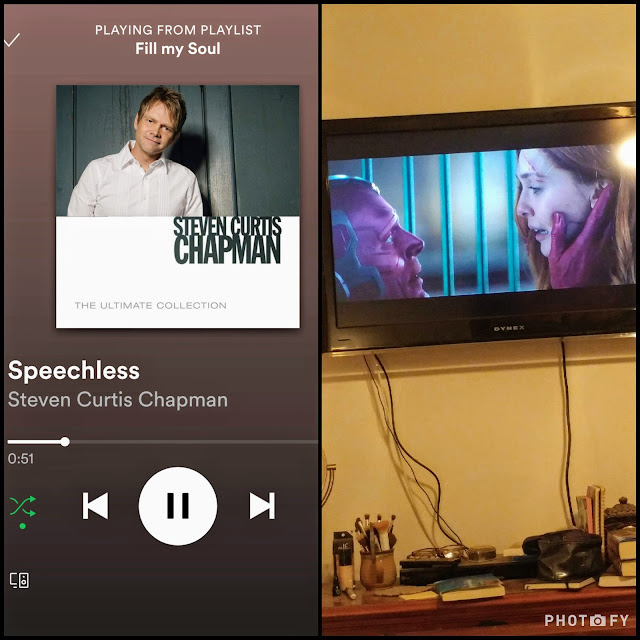 * I woke up to watch the KDF Mini Marathon. Yes, my heart was a little sad & I was a little depressed watching the race... but I didnt realize that the race was even televised for 2 hours - so that was nice to experience it this way.  & yes, gave me motivation to get back at that starting line next year.

* Ricky had to do some Home Depot shopping & I always clean best when he's not home, so I was on a roll getting some my house really cleaned up.  I mean the kind of clean that I was exhausted afterwards.  The kind of clean that had me at nearly 10,000 steps from just walking around the same area all day long.

* After getting to a stopping point in cleaning the rooms I was working on, I took a read break.  The sun wasn't out but I still wanted to sit outside... so I took a blanket & went to my outside chair & got in a few chapters.  Until it got too chilly & I just went in & read in my library... more cozier, for sure.

* Ricky had to feed the horses & Bruno had actually woken up earlier than usual, so I wrapped him up & took him with us. He always loved a good car ride - he'd bark at anything & everything that went by.  But since he's lost his sight, the joy of those car rides have changed.  Some times he actually freaks out a little bit in the car now. Dont know if its all the sounds, or if he just gets confused on what's going on... but this time, he really enjoyed this car ride.  He was just relaxed & enjoyed being in my arms.  Even more - he just loved going to my mom's.  She was in her recliner that rocks & she held him & rocked & rocked & rocked.... that poor little guy just sunk into her arms like butter & fell asleep. Snoring & all. My mom was like, "What is he doing?" - because his snoring was going through is body.  She was even like, "just leave him here & come back later"... poor boy.  He was so happy.  I may have to have my mom babysit him a few evenings. 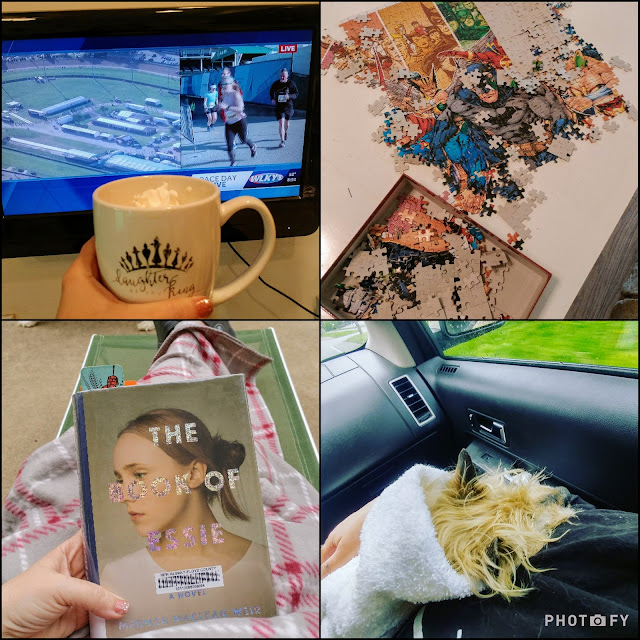 * We headed out early to go eat breakfast.  I love our little local breakfast place. All the waitresses there are just the nicest - & remember us every time we go there. That "NORM" feeling is the best.

* Ricky was so excited, he could barely contain it. He is notorious for being late EVERYWHERE we go.  Like, if we're 5 minutes late, that's early to him (DRIVES ME NUTS)... but we ended up getting to the theater 55 minutes early - haha! I convined him to at least drive to Starbucks to get a coffee to sit out in the car & drink before we go in.  He agreed to going to Starbucks, but it was about GULPING the coffee  - he wanted to get in & get our tickets.  So our 3 hr movie turned into 3 hr & 35 minutes of sitting in the movie seats. Thank GOODNESS the seats are comfy.

* OH MY GOSH... that movie.  I totally won't do spoilers... but if you have seen it this weekend, message me so we can talk about it. So many emotions in it.  I literally laughed - (A LOT) - & was shocked & cried... I mean, it holds all the feels in this one.  & I left with a lot of questions too... it's just a whole lot to take in.  I mean, I seriously can go see it again & try to digest everything that happens.  & everyone talks about that 3 hour movie time?  I wish it were longer. No joke. It FLIES by.... & kudos to me - I didnt have to pee one time. I think I forgot to even breath most times, much less have to pee.

& again, no spoilers, but there is like a 10 second blip of FEMALE EMPOWERMENT that I totally was fist pumping in excitement over.  Marvel, you are awesome. 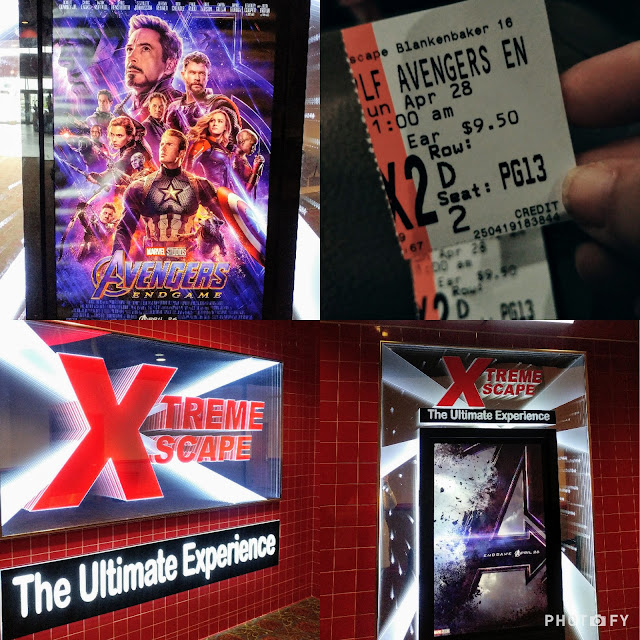 * We stopped on the way home to pick up some salads from Topp't for dinner since we both weren't hungry after the movie.

* Horse stall cleaning time.  I was actually COLD out there.  The winds shifted & it was so breezy & chilly.  I guess we got the tail end of the cold air that dropped snow on Chicago - bless you all that are dealing with that. I think I'd just hole up if we got snow like that in Spring.  UGHHHH. The worst.

I got a lot accomplished... including having my brain all in a frenzy over the Avengers.    I honestly can't stop thinking about it.

Did you see the movie?

Does it exhaust you to clean your house?