I honestly have no real good reason for not posting yesterday except being preoccupied with wiping down every surface with Lysol wipes & spraying everything with Lysol spray & washing my hands every 10 minutes.

Friday evening, he was sort of feeling blah. Went to bed early & didnt really feel like himself - but he woke up around 2 am just moaning & groaning. I thought he was having some sort of heart attack because he really didnt sound good.  I asked him what was wrong & he said his whole body hurt so bad.  He just couldnt get comfortable.  He couldnt lay down, it hurt to stand - there was just no where to go for relief. Sort of being on a boat & being sick & no land was near to get off the rocky waters.

We got some Tylenol in him & it helped for just a little bit... the aches & pains would come back in just a few hours... it was a long night.

He ended up with chills so bad that he was just sitting in front of a heater trying to warm up.  Poor guy.  If you went into the Webster dictionary, you would have surely seen his face under the word "MISERABLE"

I had to run out to take some bank deposits & drop off some stuff for work & had intentions to pick up groceries.... that turned to a big nope. I set it for 10am... only to be told it would be 7pm before it would be ready. Of course it would.

I spent most of Saturday just on the couch reading & trying to do whatever I could for Hubby. 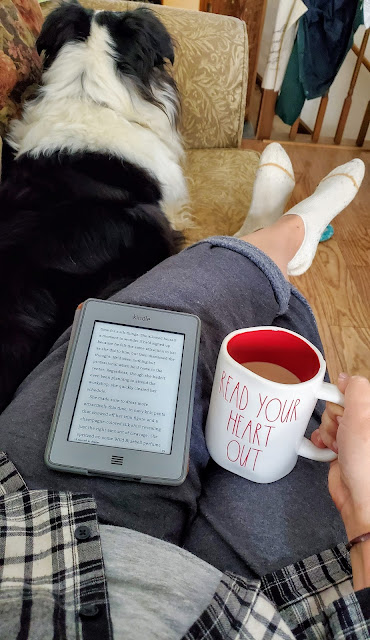 I got an appointment for him to get COVID tested & he kept saying not to bother - it wasn't COVID - he just felt bad - he thought it was like the flu.  Which, we just recently had some family that felt just like that, which is why I thought to get him scheduled for a testing.  He expected coughing & high fevers & sore throats... looks like COVID comes in all kinda of fun shapes & forms.

All night Saturday was just another really tough night for him... its awful seeing someone you love just feel so bad.

Sunday, we went down & I stayed in the car while he got tested.... & he called me in less than 15 minutes asking me what pharmacy we use.  I was like, that cant be good....he came out & got in my back seat & said, "put your mask on" - I was like, NOOOOOO - you're kidding, right?  I mean, I thought it was COVID, but when they really say someone has it, its like, Oh dang it - you've been in my face all weekend.  You're so contagious. Greeeaaattttt.

I ended up running down & getting my groceries with curbside service & then went to fill up my car on the way home & then noticed looking in my hatchback all sorts of Capri Suns.  I dont think I have tasted the flavor of Capri Suns in about... oh.... maybe 30 years?  I opened up the hatch & saw a bunch of groceries I would NEVER ever order.

You have got to be freaking kidding me.

I asked Hubby if he felt OK enough for me to drive back down to the grocery since we were just about half way... we headed back down & I had to call the store & tell them I had someone's poor choices of food selection in the back of my car & where was my much needed Natural Bliss coffee creamer? we're going into a snow storm people - I NEED MY NATURAL BLISS COFFEE CREAMER!!!!!

I honestly think they ran around the store & picked out everything again because we sat out in the parking lot for 30 minutes.  Poor Hubby was so miserable - he had to keep getting out & just walking around the car because his back was so sore.

We were gone for maybe 2.5 hours but it felt like we had driven to California & back.  Just get home - that's all we wanted.

Then it was all about scrubbing everything down - wiping things down - making sure I have a utility belt with hand sanitizer in it & masks in it to pull out whenever we were in the same room.

The doctor said a lot of his back pain is because his lungs already sounded like they were having some issues & they wanted him to move as much as possible. Well, when its freezing cold & the drive way is like a luge for  the Winter Olympics, he can just stay inside & walk the halls - which we dont live in the Karadshian mansion or anything - so he was walking by me 30 dozen times. Just what I want is COVID air to be flying around. ... .sigh.... I'm trying to be vigilant but wont really be surprised if I find myself with a positive test soon.  I go later in the week to get tested.

Many times through the day, Hubby kept apologizing that it was Valentine's Day & he didnt have me flowers or candy or dinner... I told him to stop. This is our 29th Valentine's together... this is what growing old together & sickness & health is all about.  The memory of this Valentine's having to stay 6 feet away from each other will definitely be one to remember. 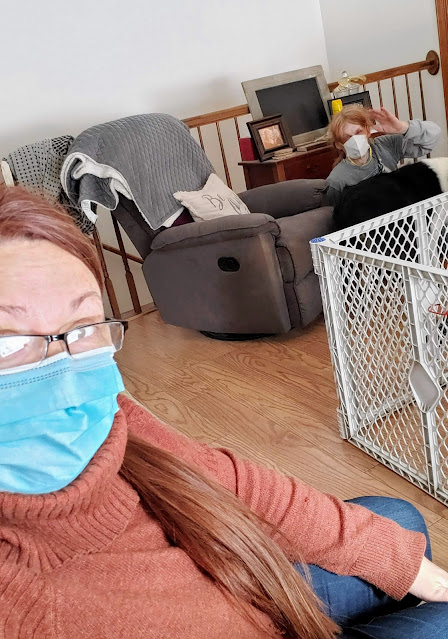 Our Valentine feast was grilled cheese, some chili & a extra special dose of lovely Tylenol... & for Hubby - some steroids because he's special. 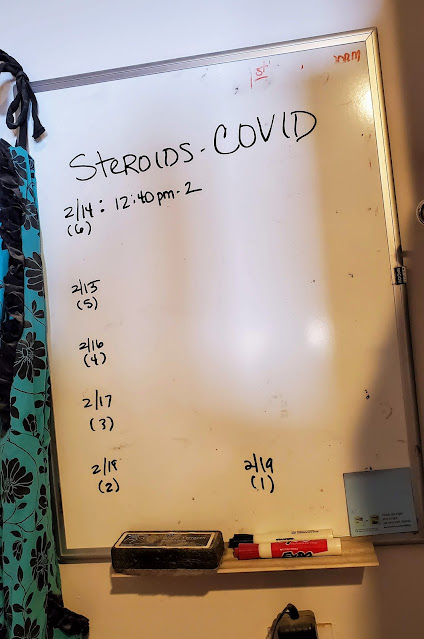 I spent the rest of the night sitting on the couch finishing watching Away on Netflix - only because I'm always late to the party on everything.  I really enjoyed that show & hope they have a season 2! 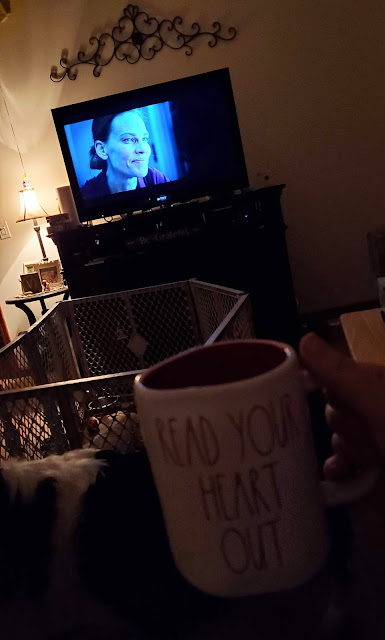 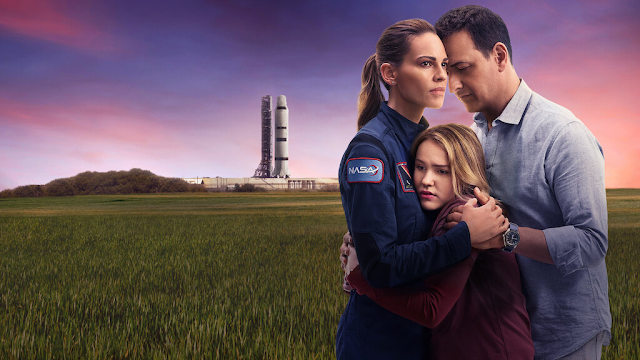 So tell me about your weekend...
Anything exciting happen for Valentine's Day?
Did you watch Away... am I the only one who really enjoyed it?
Have you survived coming out COVID Free from a house that had someone with it?
Tell me your secrets