I tried to not Frag today... but its in my blood.  I'm sitting here thinking of tons of stuff on my mind so I have two posts in one day... sue me. 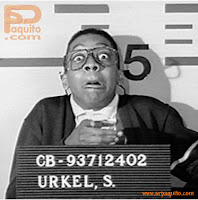 *Who knew Steve Urkel was so violent?  Did you hear he got arrested for hitting his baby-momma in the breast implant?  That's what they said - not the chest, but the breast implant!  I had to chuckle at that comment.  Not laughing at the hitting thing though.  Note to parents - its not a good thing to put your kids in the limelight early on.  It draws them to violence, drugs, alcohol & ending up on a VH1 show...
*Speaking of child stars... I hate to say it, but I hope Lindsay Lohan DOES spend some time in jail.  Girlfriend needs some time to reflect on her life.  I'm waiting anyday for the news of her demise... & that's a sad thing to expect for someone... 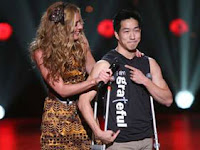 *I seriously cried last night at So You Think You Can Dance... & not because of a beautiful dance ... but because Alex is gone due to injury!  Especially after that amazing hip-hop dance with Twitch?  At least he went out on a great note.  They said he can come directly to Vegas next year, but you know those judges - they'll find something nit-picky & not put him back next year... mark my words... When Alex said it hurt mostly in his heart, I think my dancing section of my heart broke a little too...

*I saw in the previews of Step Up 3D - Twitch is in it!  YIPEE!
*And is EVERY movie in 3D now?  Seriously?  "Step up" needs to be in 3D?
*Since we're on a 3D kick - I heard they are re-releasing AVATAR in the theaters in August.  I'm excited.  I just watched the DVD last month & loved the movie.  Didnt get to see it in the theaters & everyone said you have to see it with those crazy glasses on... so I get a second chance.  Thank you James Cameron for being greedy & wanting more money. 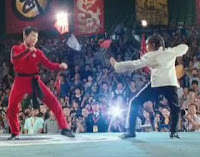 *I finally got to see "The Karate Kid" (which wasnt in 3D) & loved it... but I have to say - I was bothered by the fact that they were beating the HECK out of this kid - who is about as big as a twig I found in my front yard - & he never bled, he never broke any bones????  Come on!  The original Karate Kid had Ralph Machio with at least a pretty messed up face... & in the tournment - these guys are fighting with no mouth pieces or no gear?  And no one gets messed up?  Maybe that's just me because I've been in tournaments & know how bad it hurts WITH the gear... my only negative... loved it otherwise.... knew what was going to happen, but still cheered at the end... even in all its corniness...

*How can I not say anything about the craziness of Jake & Vienna?  I know people are all over Jake for "yelling" at Vienna... but seriously?  If someone kept interrupting me & talking to me the way she did, I'd have to say, my voice would be raised too.  I'm sorry - I dont believe Vienna.  Maybe its the way her eyes shift whenever she's talking - notice that?  They always look up & to the side... I'm no expert, but isnt that a sign of shifty-ness in itself?  She sat there & cried that she wanted to go home to Florida, but now, she thinks she'll stay in California?  And believe me, I think Jake isnt Mr. Clean in this either... just hope they drop them now.  We have more serious things in the world to be upset about... like Jillian & Ed breaking up!!! 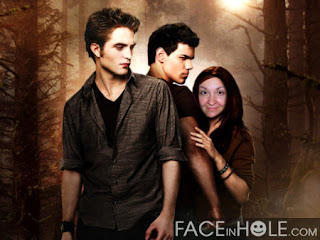 *I did go see ECLIPSE... & I did swoon... & I did scream for Jacob... & I did tear up at the proposal that Edward gave to Bella... & I did comment on how ugly that ring was he gave her!  Egads!  Come on Edward.  You buy Porshe's for fun & you give Bella the biggest, gaudiest ring - for the girl who is simple & plain?  I know it was his mother's so dont go all crazy on me Twilight fans... I'm just saying - it was ugly.  But the tent scene was fantastic - just what I imagined.  And I loved the background scenes on the other Cullens!  Now more then a year for the next movie... sigh...

*Am I the only one in the world who didnt know who LeBron James is?  I kept hearing his name on the radio & on the news & had NO IDEA who he was.  I asked my husband, when Ricky just stopped, looked at me & shook his head & walked away.... If I asked him anything about yarn & he gave me a blank look, I wouldnt have made him feel stupid.... oh, ok, you know I would have... but I still know nothing about LeBron except learning he's a basketball player... right? 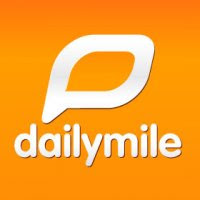 *See my run count on the side of my blog?  I've almost ran 200 miles THIS YEAR!  WHOO HOOO!  I know some big time runners are like, "I do that in a week" - but for someone like me who always said I would never run, its something close to a miracle!  I may have to do a good long run this weekend just to get that over to 200 mark!
*If you run or walk, you should really check out http://www.dailymile.com/ - its very cool to keep track of your miles & all the info it gives you.  Plus, you meet all kinds of people who motivate you & keep pushing you!  And I like it because at the bottom of your page, it tells you all kinds of cool stuff.  Like it tells me I've burned 297.03 donuts!  Oh yeah baby!  And I've powered 787.22 TV's with my distance!  I've also been around the world 0.01 times... so that's like to my work... Maybe in my lifetime, I'll put enough miles to where it says I've ran around the world ONCE ... now there's a goal!