The weekend that was 3 days

Hello Tuesday, that is really a Monday, which means I'm going to be super busy catching up on mail for two days.

I'll take it though for a day off. Especially a day off when the morning temp was in single digits. No. Just no.

I'm just not a fan of frigid temps. I'm also not a fan of horrible heat & humidity - I'm just that special sort of princess that likes things a perfect 75 degrees. Anything wrong with that? Actually - I'm not that bad. I like anything from 50 to 80 degrees. So see? I'm not THAT picky.  If you live in such an area, let me know where it is. I may have to start placing hints to Ricky that we need to make a big move. 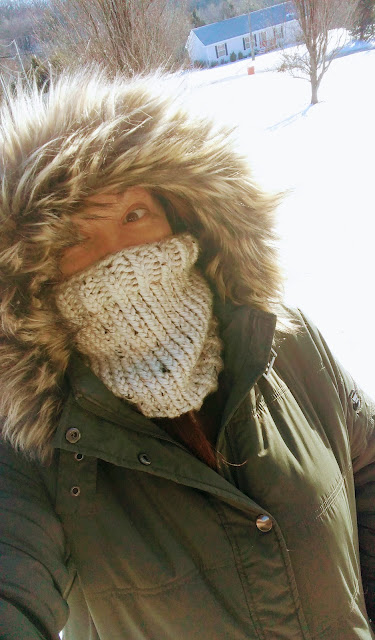 Not only did we have cold this weekend...we had snow.  At least it wasn't as bad as they thought it would be. When we went to bed on Saturday night, they were saying that in our area, we could have 6-8 inches & I was just ready to not even come out of the bed Sunday morning.  Ricky woke me up & said we probably got 2 inches so I went ahead & came out of the blankets. Maybe a little grumpy about getting in the cold, but I did it.  Even made it out to church.  Most of the other churches canceled for the day so it was nice to drive with an empty road. 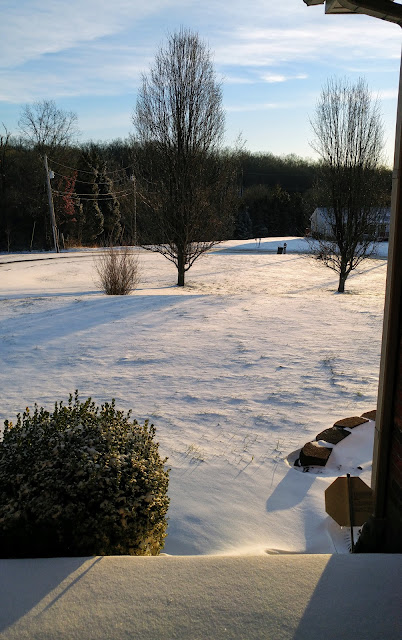 Saturday, (I'm going backwards here apparently) I was just on a cleaning spree. I dont put it on Marie Kondo because I only got through 3 episodes - I'm just tired of clutter & ready to just throw everything away.

Actually, on Friday (I really am going backwards) I spent 2 hours on just a few drawers in my bedroom & throwing away so much make up & stuff I'll never use - & truthfully, was afraid it's so old, it would be scary to put on my skin.

THROW IT OUT OR DONATE AWAY!!! I was on a mission.

I did finally stop Saturday night to get starting watching YOU on Netflix... & WHOOOOO - that's one crazy show. I had seen the book & hadn't read it yet but I'm totally putting it on hold now at the library because I gotta see the differences.  & gotta see if the ending is the same.


It was nice having off on Monday though. An extended weekend is always nice... & it was even sweeter because I met up with some friends to discuss a Bible Study that we're doing together - but sort of on our own. A "make it up as we go along" sort of thing.   Luckily, being off on Monday, we just all showed up early & took it easy at my friend's house.  I even warned them that I was coming in sweat pants & lucky if I even got a bra on - to which my friend was texting back at the same time the same thing about a bra.  & the other friend commented that this conversation was why she loved our friendship. 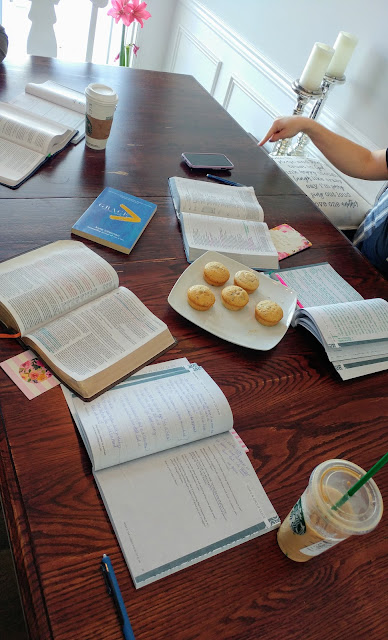 If you cant be yourself in Bible study, where can you be? :)

The rest of my Monday was just the usual... laundry, knitting, doing bills... things I should have done on Sunday but knowing it was a long weekend, put it all off another day. Because I'm good at procrastinating. 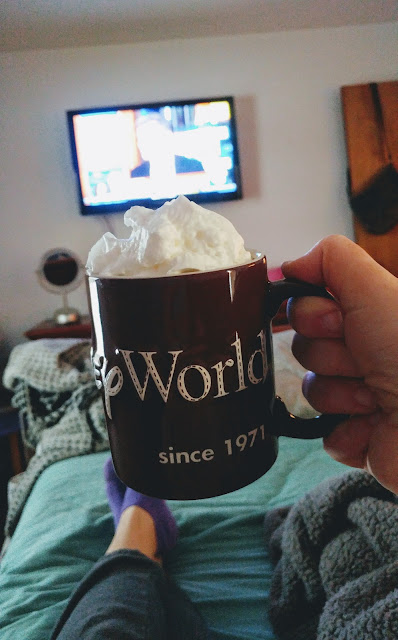 So it's a big week ahead with another doctor's appointment with my surgeon... which I'm anxious about. Just a note on that - I'm still in pain. Hooray for surgery that doesnt feel like I even had surgery. #bigsarcasm
May actually feel a little worse.  So I'm really anxious to see what the surgeon has to say.

All in all - I'm just learning that this may be my new life....this pain. This uncomfortable feeling.  What else can you do?  You just PRESS ON.... all you CAN do.


So did you get a long weekend?

Get any snow or frigid temps?

Have you watched or read YOU?