No, my she-shed didnt get burned down... anyone else know that commercial? I dont know why but it makes me laugh "No one burned down your she-shed Cheryl"....

So what finally happened?
FALL HAPPENED!!!!

It's finally here.  We broke out of the 90's!!! Break out the confetti canons!!  I thought we were going to melt by the end of the week.  We had broken like 8 records just last week with the temps & the length of the 90's & just the misery of summer grasping onto us with one last final death grip.

We needed a break.  & I needed a good fun weekend. Check & check.

Friday, leaving work, I thought I was about to loose my mind. Seriously.  I must have said at least a dozen times before I left work, "I'm pretty sure my ears are bleeding" - that's something you never really think you're going to say at work.

Friday morning though, we had a water leak in our office - right at the desks behind me... so all day long, I had to listen to fans & more fans running on full blast ALLLLL.DAYYYYY.LONGGGGGG.
I turned on my Spotify & tried to crank up some music to blank it out - which only made my headache stronger because I had it up so loud to even hear over the drumming noise.

I dont think I've ever looked more forward to an end of a day than Friday.

I really was excited to get off work because we were heading right back out Friday night. 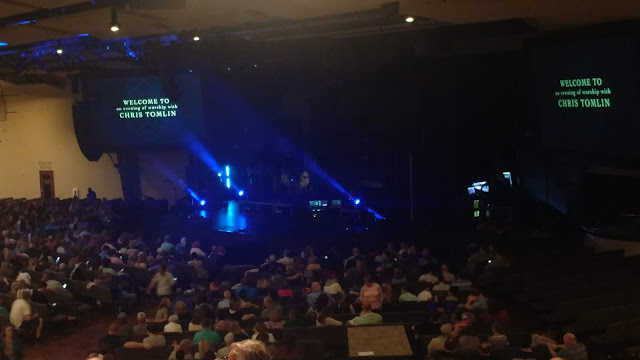 I've always said that Chris Tomlin is my 2nd favorite artist - right behind Steven Curtis Chapman.  & he's been inching up more & more. After seeing SCC in concert in May & being really disappointed in it, & now seeing this amazing & incredible concert of 2+ hours of nothing but worship.... man, Chris Tomlin may be equal, if not nudged ahead a little.  A little?  Oh gosh - I do love my SCC though.  But this concert - it was awesome! 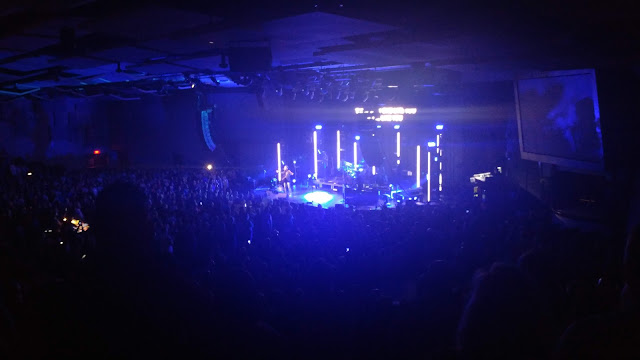 It was a general admission seating & I get a little overwhelmed in big crowds so I wanted to sit up on the last row & of course, I'm an end of a row person.  This worked out even better because I had the whole aisle & area to be able to dance, move, sing, pump my fists & lift both my arms in praise.  I took full advantage of all the space I had.


Leaving the concert, my heart was just overflowing with JOY!!!!  It's like they said, there's just something about being in a room full of people who truly believe what they are singing.  Aint that the truth?

I also found another song I want at my funeral. Is that weird?  ... ever since dad passed away, we've all talked a little bit about what we want for our funeral - let it be known. You never know when you're leaving this world.  I know of 2 songs Ricky wants... he knows mine too.

One of them is "Only Jesus" by Casting Crowns.... & it was always assumed & agreed on that I would want Steven Curtis Chapman's "We are not home yet" ... but after this concert I found another one I want.... "Home" by Chris Tomlin. This may be a little "Peppy" for a funeral -maybe I can get oe of my talented singing friends to do a slow version... but man, isn't it the truth?  A glorious homecoming awaits Christ followers at the end of this world....HOME!


So leaving the concert - Ricky & I were like our old dating days... out till nearly midnight & eating Taco Bell on the drive home.  Which reminded us that we've been together for quite a long time & years are behind us because eating Taco Bell that late - all the heart burn & stomach upset.  I'd do it all over again for such a fun night!

Saturday, you'd think I'd sleep in - but nope, I was up early enough to do another sun rise.  With the sun rising later, it's making it easier to catch .... & this was the first COOL morning - like REALLY cool.  Like, I needed a blanket & hot coffee cool.  Let's just say it was perfection.

After the sun came up, I was on a mission to do some cleaning.

I actually had a goal of cleaning the house - but it was so nice out & I didnt want to let a cool day pass us by, so I tackled our enclosed room that had gotten out of control over the summer with tools & dog toys & leaves & grass. 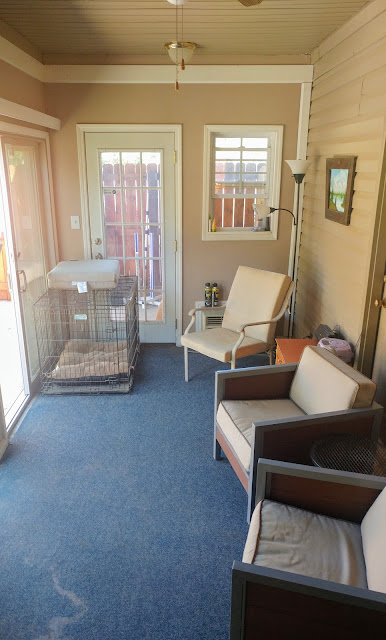 Ready for some winter reading. The heater in this room is incredible (so is the A/C) but y'all know how I love sitting in this room with the heater on  &watching snow fall (GAG) & snuggling in to watch the cold world pass by out the window but have a book in my hands & a cup of coffee beside me.

After a hard days work for both Ricky & I, he suggested we go out to dinner & we ended up going out to Chili's & then made a pit stop on the way home at the Homemade Pie Kitchen. 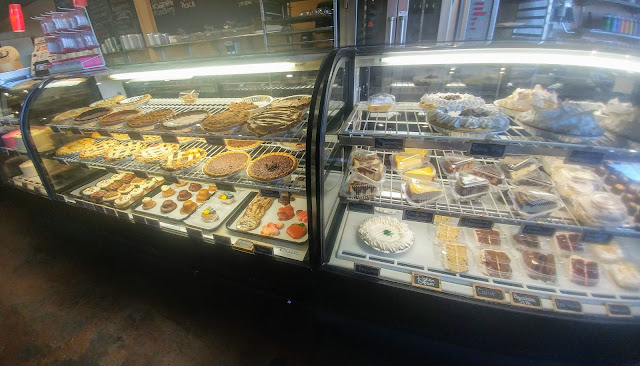 I'll clean more often if it means sweet treats at the end of it.

Time for horse duty & then I took my momma to the store to pick up a few things & we just had fun looking at Christmas stuff  (gag) & Halloween stuff (YIPEE) - I was really tempted to get this mask just for the fun of it because it creeped me out so badly. 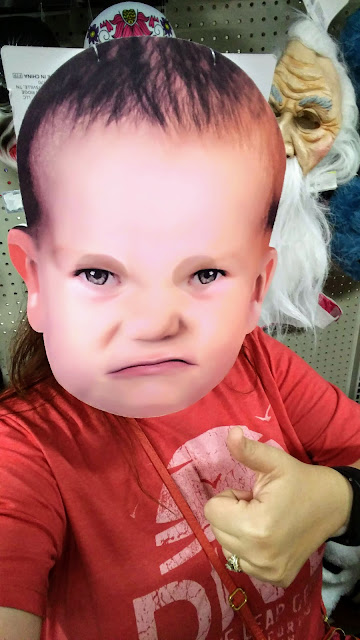 Mom just wanted me to send a pic of it to my nieces because she knew they'd get a kick out of it.
How WEIRD is that mask??? ... I have so many questions. What parent gave up rights to their child's face for this?????

Anyhoooooo... got home & I think all the 4 cups of coffee I had for the day wouldnt let me sleep - so I turned on Tall Girl on Netflix. Anyone else seen it yet? It's so cute!  It really gave me all the John Hughes 80's movie feels. Really sweet. 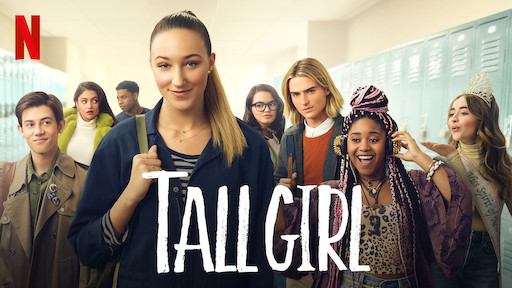 Sunday, we didnt have small group at HSM for fall break so I decided to stay home with Ricky - but he decided that we were going to have a date day - which most of you all know, that means an early start & breakfast is involved.

We were out of the house by 8am & headed to Panera... it was so empty too - we had just the most relaxed morning & yummy breakfast. 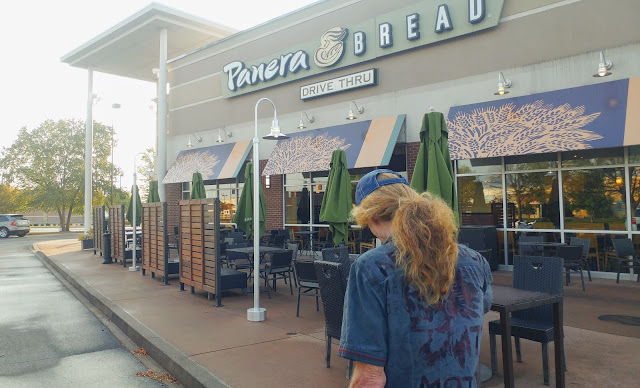 We then went shopping a little bit & stopped in at Sam's Club for some things we needed...
Stopped in at Pet Smart to get some treats because guess what today is!!!!


& of course, no date day is complete without a stop at Starbucks. 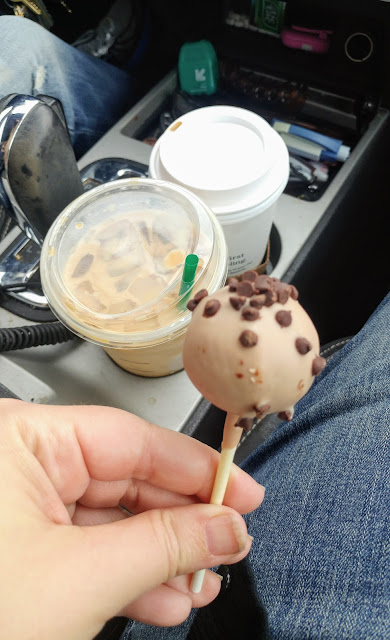 We saw the horses again & then I just tried to get caught up on some blog posts & editing some pictures & we just finally relaxed .... before its time to gear up for another week. 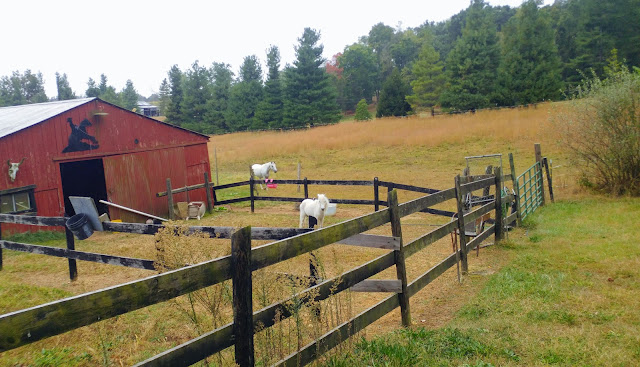 Weekend are far too short.

But I'll keep taking these amazing ones - feeling accomplished with projects around the house, enjoyed some time with my love, spent some time with my momma, of course had lots of doggie love, & more than anything, had my soul just refreshed with the love of Jesus.

That's what you call a good weekend.


Just for fun if anyone wants to listen... one more Chris Tomlin song that had me in chills... 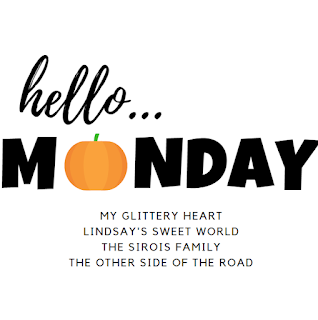