The weekend the YUM center took away our knife....

Anyone super excited to know this is a short week?  This is the best Monday of the whole year. Knowing there's 3 days & then a 4 day weekend.  My question is why cant even weekend be like this?  Or at least once a month?  I dont feel like that's asking a lot.

My Friday started off with a Click List stop where I got all my stuff for pumpkin pie now so I didnt have to go into the mad house that the grocery will be this week.

I used to work at a grocery store when I was 16 until I graduated high school & man oh man - Its tough being a cashier in a grocery store. Be nice to yours please.  I can remember walking in with my parents to the grocery after we went out to dinner & the manager saw me & put me to work.  I can literally remember that. I was so busy until midnight!  The weird memories that stick with you.

Anyways - I'm still all about Click List & so thankful to see that they have waived their fee until the end of the year. So go order online people - avoid that craziness inside!

I was pretty exhausted - as usual - on Friday night. I was just ready to get into bed & go to sleep early.

But instead, I found that NAILED IT released a new Holiday season. OH MY GOSH - I was laughing so hard, I couldnt breath.  I just need this show to be on constantly through the year.  Wasn't too funny for the hubs though because there was a part where someone hit their PANIC BUTTON - when they need help from the Baker - & the host, Nicole, just screams & screams & screams.... Ricky was sound asleep in the other room & heard the screaming & thought it was me. He came running like someone was attacking me & he saw me sitting there with tears in my eyes - from laughing.... he had to grab his chest because he was sure he was having a heart attack.  Can we keep count to how many times I've almost given him a heart attack?  I've lost count.  But its been many times. .... The bad thing is, there will probably be a time someone breaks into our home, is trying to murder me, I scream & Ricky will be like, "I'm not falling for it this time" & roll over & go back to sleep.  RIP Rebecca.  ... This is my luck.

Side note - I really want to try out to be on that show.  I think it would be so much fun!
WWWWEEESSSSS!!!!! (you'll know how to say it & why if you watch the show)

Saturday, I got up with a long list - LONNNGGGGG list of things that needed to be done.  Except, I had an iced coffee in the fridge that the hubs had picked up for me the night before - so I took it outside, cranked up the heat, took Bruno out there with me & read a few chapters in my book.  The Aussies came with me too. 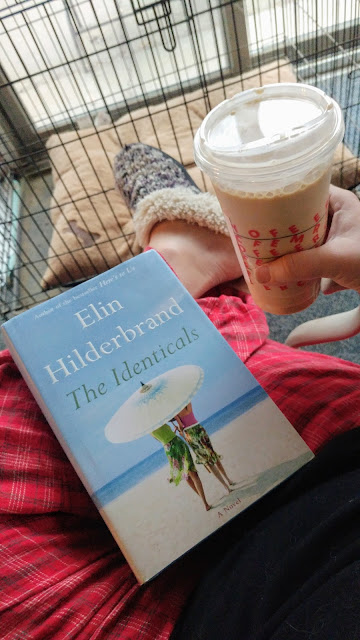 It was a cold & rainy day so I just wanted to stay tucked in.

I ended up finishing decorating for Christmas & then sat on the couch & snuggled with my Harvey Dent & watch Captain Marvel again & worked on my chalkboard for the Holiday. 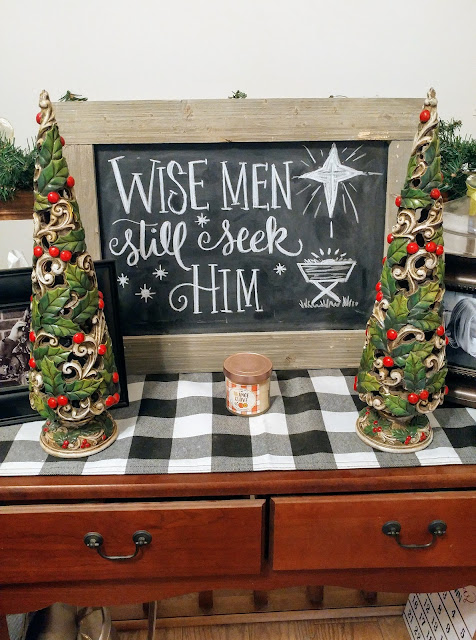 It blows Ricky mind that this is one of my favorite Marvel movies.  I can't help it - the GIRL POWER in this movie just makes me love it. Plus, I love Carol's sense of humor.  Dry. Snarky. My kinda gal.

Before we knew it, it was time to venture out in the cold rainy night & head to a concert. For King & Country.  We were even more excited because the opening band was Awaken Worship - which is the band that was created from the artists/members of our church.  It's made up of mostly our different campuses worship leaders. The talent is incredible. & their hearts are all about raising up our Lord.  It was excited to see them.

Getting in though was an adventure.

I missed a big opportunity too which I want to kick myself for.  We parked in my work's parking garage & as I was getting on the elevator, some girls were getting off that you can tell were from GalaxyCon - a comic convention that was going on next door.  They walked past us pretty fast & then I had to do a double take because one of the girls was dressed as Belle in the blue dress!!!! I gasped & was like, "I want my picture with her!!!!" & Ricky was like, "No Rebecca"... sigh... Ricky thought it would bother her... I thought it would flatter her. & after all this discussion, she was at her car & ready to leave. Dang it.  She looked super cute too! Had a basket like Belle carries & was also carrying a rose.  I need a blue Belle dress myself!

We had to walk through the misty cold rain to only stand in line outside for awhile - BRRRR... but the time went by faster when I saw 2 of my youth girls with one of their beautiful momma's waiting to go in as well. Ricky & I found a few other people we knew as well in line.  It was like one big family in there.

But we get up to the security detector & we see on the sign that they would take pocketknives. DANG IT.  Ricky had his on him. One of his favorite knives.  We were about 3 blocks away parked & it had taken us about 30 minutes to get in so he wasn't about to run back to the car.  So when he got up to the detector, they told him he had to take it back, or they would throw it away... & that's what they did.  It hurt to see them toss this nice Gerber knife away.

Ricky said after we walked in, he wished he would have thought about it & ran & hid it in a bush or something & at least he'd have a chance to pick it up when we left.  .... but then I said, I could see someone else finding it, stabbing someone, & it still have Ricky's prints on it or something.

I must watch way too much crime TV or listen to too many podcasts.

It made Ricky mad though because he was just at Rupp Arena a few weeks ago & was carrying an even bigger knife & they let him keep it.  Just another notch in his belt to why he hates UL & prefers UK.

Anyways... the concert was nice! Awaken Worship was fantastic. They only got to perform 4 songs & I wish they could do more. They have so many more great songs & could have done a way longer performance but I'm sure For King & Country was being kind on letting them do any at all. 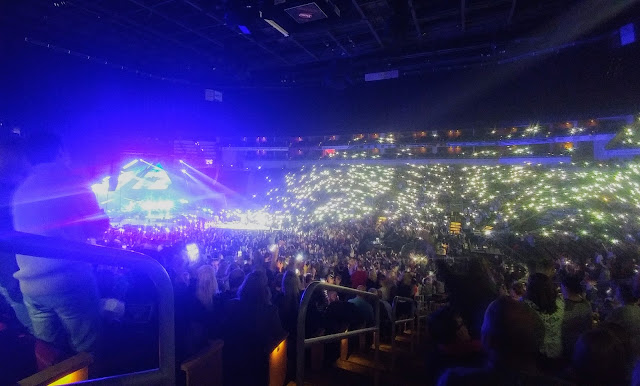 We ended up not staying to the very end because we were both starving & didnt want to get stuck in the crowds leaving - so we tucked out after we heard the songs we wanted to hear anyways.... & then headed for a really late night dinner.  Not much was open & we snuck into Culvers right as they were getting ready to close.

I was still hyped up when we got home so it was a late night for me getting to bed.  So I got caught up on my Fall Season finales of Grey's Anatomy & A Million Little Things. - my goodness - talk about a heart tugger.  Made me tear up - both of them.  After being emotionally toyed with, I finally knocked out.

Sunday - church day.  But first, I had to head over & let Baby out since the sun was FINALLLLY out after a long week of grey & gloom & rain.  She was super excited to run out & soak up the sun. My kinda girl. 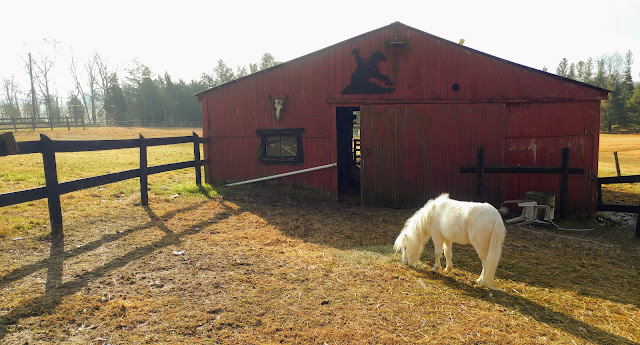 Headed to church - ran into Target to look to see if the star I want for our tree was on sale (nope) & to look at tree skirts (didnt like any) & then picked up some lunch & headed home.

Lots of home stuff to take care of ... & then before you know it - its time to pick out the clothes for Monday & settle in for the Fall finale of The Walking Dead.  ... I keep saying I'm done watching it & then something crazy happens & I'm like, "Oh ok. One more week."

Are you off on Friday?