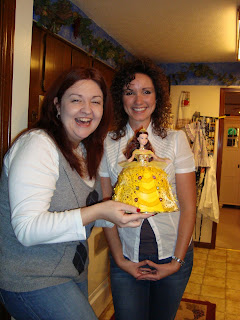 We had so much fun last night! A couple from our Committed Couples group opened up their home to ring in the New Year. It was fantastic - it included a chocolate fountain with tons of goodies to dip it in (plus straws that were requested to just SLURP it up!) - some soups, snacky stuff to last all night long & the best part - a Karoke night! The set up is incredible to sing & enjoy each other. I laughed so hard, my stomach muscles hurt this morning!

The best part though - LOOK AT MY CAKE!!!! My Princess of a friend, Kim, made me this Belle cake. Isn't it absolutely amazing? I was totally not even expecting birthday celebrations to still be going on a day later - so the surprise of that was so good & then just the cake itself.... WOW! I didnt have the heart to cut it up! Its actually still sitting on my kitchen table. I think I may put her in the frig downstairs so she'll stay together & every time we go get bottled waters, I can say "hey" to Belle.....

Here - take a better look at her. 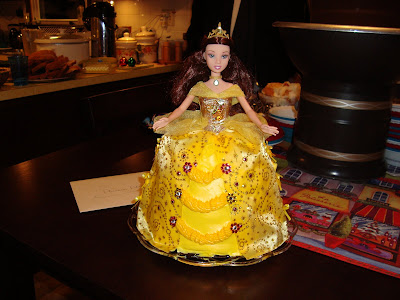 Here's some highlights of the night.

Here's Erica & Angie singing along. It's so funny because everyone was quick to say "I'm not singing" - but all voices were heard by the end of the night! 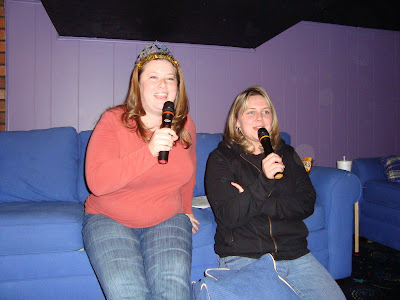 Getting a toast for the new year with poppers, hats, streamers, Sparkling Apple Juice ready - Kim & Jeremy were incredible Karaoke hosts too - man, to keep up with all those CD's & requests - that was a job! Thanks guys for doing all that! 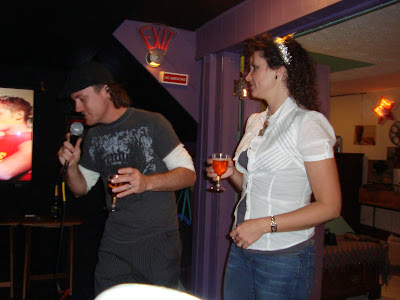 Joe & Erica are ready with all their goodies. (Is Ricky ready to sneeze?) These two can get on a mic & RAP it up!!!! See why these two are also in youth ministry? Completely fun people!!!! 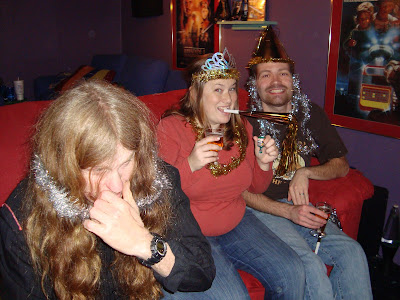 Bill & Angie with the most adorable baby boy!!! I know Isaac is the cutest baby in the world - but Jake is right up there with him. I love to hear him talk - he's the only baby I know that has a BASS voice... I could eat him up. And the little girl - that's Jeremy & Kim's baby... she was ready to celebrate too!!!! We didn't aim everything at her - it just sorta landed on her... but I think it makes her look even more like an angel! 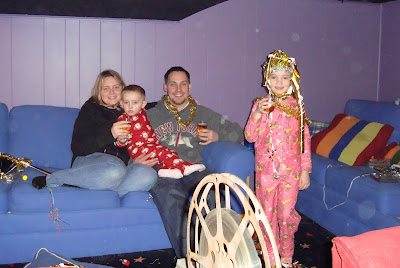 And to sum up the night - I'll let you have a listen. Yes - this is my husband singing! Now, Ricky is the most quiet person in the world & was the first one who said he wouldnt sing - but once he had the mic - he was all about singing. He's a anti-camera person & would completly object against being video taped - so I had to do it on the sly... & thought it was just too cute how his feet were moving to the song the whole time anyways!!!! He laughed when I showed him the video....
We missed our other couple that wasnt able to make it... but we're all looking forward to growing with each other as a small group, with our spouses & most importantly, to grow closer to God in the future year. I couldnt imagine ringing in a year any better way - with friends & laughter... it doesnt get any better than that!