*Oh mercy me... my ears have been aggravating lately, but last night was the WORST... they both hurt so bad, & my throat was like razor blades in them... & I cant breath & I'm achy & I'm just not fun to be around.  I have to say, I've done pretty good not getting a cold this year so I guess my time had come - my winter dues had to be paid... but I feel exactly like this picture!!! 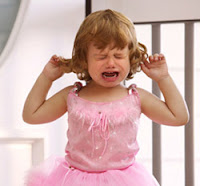 *Look at our grand"baby" Isaac next to his new brother Luke!!! He looks HUGE!  When a new tiny one comes in, it sure makes the other one look so grown up, doesnt it?  And Julie was excited because Luke has passed the 5 lb. mark!!!  5 lbs!!! Can you even imagine?  That household has been sick too & we've just been praying that tiny squirt doesnt get sick... so far, so good! 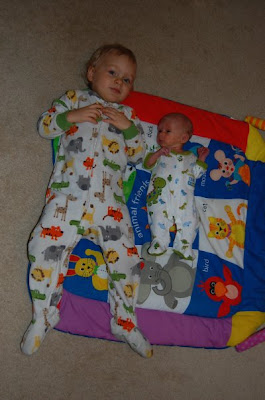 *Is there a football game this weekend?  Living just 2 hrs away from Indy, its been a sea of blue & horseshoes around here... Personally, I'll probably be catching up on my DVR & knitting Sunday night.  I just watched my first Super Bowl game last year only because I went to a party... it was fun... but cant imagine sitting at home & watching it by myself.

*Spat of the week:  Arguing... Yes, we had a "spat" ABOUT arguing... how messed up is that?  I'm helping prepare a purity weekend retreat for the girls in our youth & there is a section about how to fight with your spouse.  I was pointing out how they said the "healthy" ways of arguing are... one was "Do not interrupt" - & what did Ricky do as I'm telling him this?  Yes, interrupt... Which led to the other things on this list, that caused Ricky to interrupt more & make comments... oh geez... we're hopeless!  At least it gives me hope that every week will be a "spat of the week"!  And Ricky's comment at the end of it all - "Those are stupid"... he better be glad I love his arguing butt!

*I got this picture & my dad said "Just like her aunt"... ahhh - Gotta love a girl who loves to snuggle with her doggies... 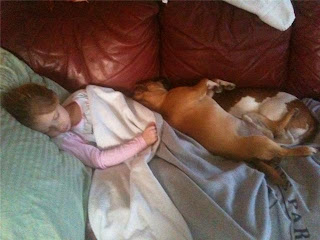 *we're getting more snow this weekend... & then MORE next week!  UGH!  This has been a rough winter!  And especially because everyones electric bills have gone up! Ricky thought ours was bad?  We found out everyone around us has been getting bills for $450 - $500... for ONE month?!?! & these are your average homes - what the heck?  How do they expect people to pay that?  Those prices have only encouraged Ricky further to freeze me out...I seriously knit a row & put my hands under the blanket to thaw out - knit another row, thaw - keep the pattern going to keep my poor fingers from freezing in a knitted, hooked position!

*LOST - anyone totally lost about the Flash-sideways?  I sat literally the whole show saying "What the heck?" - but loving every minute of it!  Loved seeing the "other side" of the plane making it home safely... just have no idea where this is taking us.  I've given up even trying to figure it out!  My guess - it'll all be in a snowglobe held by an austic boy! (remember that was the end of St. Elsewhere & people were FURIOUS about it? - did I just date myself?)


*The Bachelor - Reminder to everyone - I hate Vienna... enough said
*Has anyone seen that commercial where the dogs are wearing dentures?  The commercial is for a dental dog treat... but every time I see that commerical with those dogs wearing fake teeth - it cracks me up every time.... 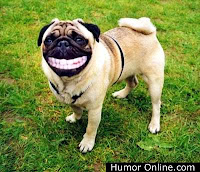 Hope everyone has a fantastic Friday.... I gotta go... feel like I'm getting a fever now... boo!!!!  At least its the weekend! Bring on the snow & cold - I'm going to be on my couch snuggled under 5 blankets!