Sunday - December 26 - The Day after.... the day after Christmas was a LAZY day.  I dont think I even got out of my pajamas.  I was sitting at my computer & went to pull my blanket around me when I felt a tug.  I looked down & saw Bruno had snuggled up in the blanet that was gathered on the floor.  How cute is that?  I had to go get me another blanket & let Bruno have that one... who wants to wake up a snuggled doggie? 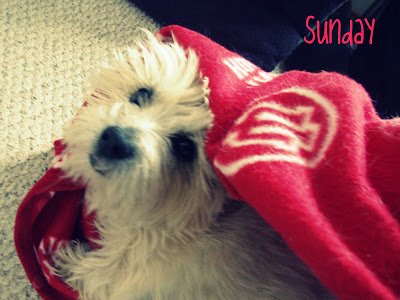 Monday - December 27 - Homemade Pizza Night.... I was tired going back to work & homemade pizzas are so easy to make.  It was a yummy dinner & a good comfort food night after getting back into the swing of things at work. 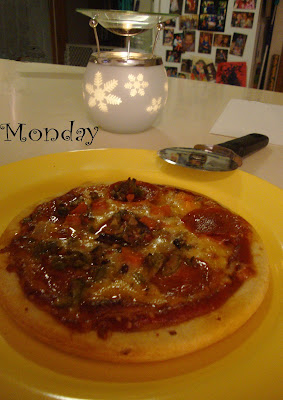 Tuesday - December 28 - A Cold Morning.... I opened my door to my office & it was freezing cold!  Not sure what happened with the heating, but you can see, it was under 60 degrees.  It was so cold, the lights wouldnt even come on full force.  They had to warm up... as did I.  I had my little space heater on until well after noon.... 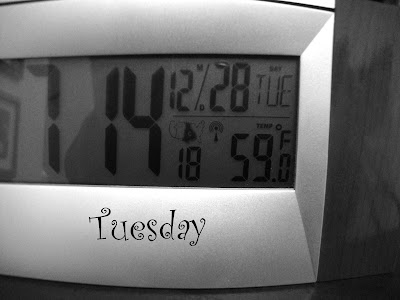 Wednesday - December 29 - What a welcome.... I opened the door coming home from work & this is what I see!!!!!  The only dog I see standing there is Bruno, who is wagging his tail, like he's telling me, "IT WASNT ME!!!!" - & it probably wasnt him.  He's too lazy to knock over a garbage can.  The other 3 dogs were sitting outside & shaking.  These are dogs who are usually sitting at the door waiting for me, so they just told on themselves sitting outside.  I didnt even say a word - I just turned away from the door & they came in groveling, giving me sad puppy dog eyes.  I could only stay mad until I cleaned everything up... 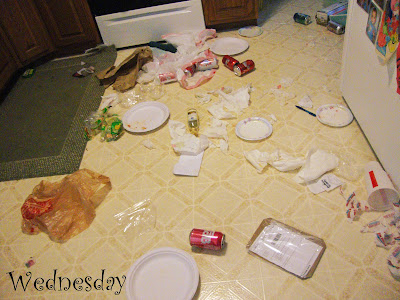 Thursday - December 30 - A good day to buy yarn.... I ran to pick up some yarn for some knitted goodies for friends.  I went to pay for it & she said, "You get a free bag today for purchasing yarn" .... YEE HAWWW!  BONUS!  Its a really nice yarn bag too.  Its the little things that make me happy... 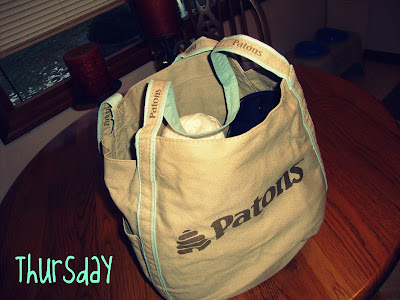 BONUS PICTURE - December 30 - MY BIRTHDAY PRESENT .... this is what Ricky got me for my birthday. The latest Beauty & the Beast Blue-ray... which Ricky said, "You have all the other DVD's & VHS's - why do you need this one too?" - but he got it for me anyways ;) & then he got me this Starbucks card.  I had to laugh.  I asked him, 'do you know it says "Thank you" on it?" - he said he didnt pay any attention to that - which I'm sure he didnt... but then he saved himself by saying, "I just wanted to thank you for being a wonderful wife" .... slick move Rick! 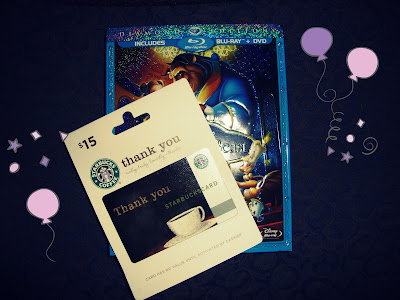 Friday - December 31 - Wii'ing out the old year... Our friends invited us over for dinner & a night with their new Wii... We had so much fun with the "Just Dance" game!  Holy cow - that is a work out!  And then we did a round of bowling.  I loved it because I was playing against 2 small kiddos... & they did pretty darn good!  Good bye 2010 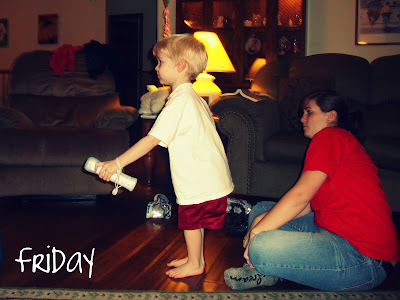 Saturday - January 1 - First one on, last one off .... Its tradition that I take down the Christmas decorations on New Years Day.  This is the first ornament that I put on my tree & it feels appropriate to be the last one off... Keeping Christ in every bit of Christmas until the last move...now, to keep Christ in 2011!!!! 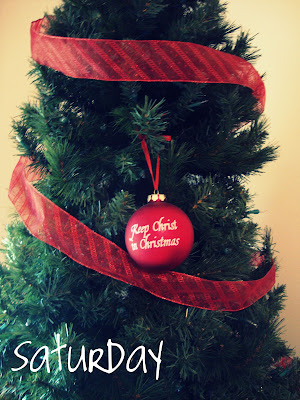