* Had to stop on the way home to get my reserve of Sparkling Water up for the long weekend.

* Highlight of the evening:  Watched "Shark Tank" & cut up 3 weeks worth of coupons.  I'm not sure why I take all the time to cut them up because I always forget them at home & never use them... but I may save a quarter one day & then it will all be worth it. 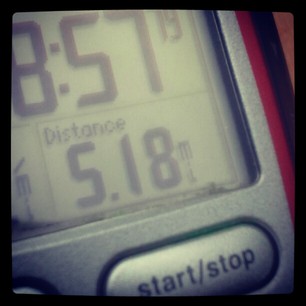 * Isaac was supposed to come in with rain so I headed out early for my run so I didnt have to do my 5 miles on the treadmill...it was SOOOOO humid - I dont think I've ever seen more sweat DRIPPING from my body before in my life 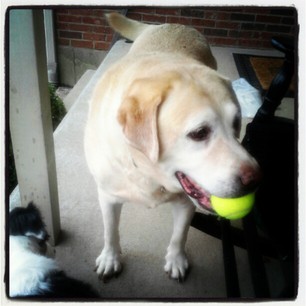 * Got home & sat on the porch to stretch, when this one was like "its my turn to work out... just THROW IT"

* Met up with another Bride that I'm shooting at the end of September... her apartment was adorable.  She is so crafty & had little things she made all over the place.  Pinterest would love her place.

* Veggie sandwich from Penn Station... mmm... but gotta get home quick because their bread gets soggy on the drive home.  Soggy bread is the worst.

* Church.... great lesson from my buddy Ryan to the youth on 'self image' - I'm totally going to share a part of his lesson later this week on my blog...

* Got to go out with some friends after church for lunch.  Friends, laughing, & onion rings - doesnt get better 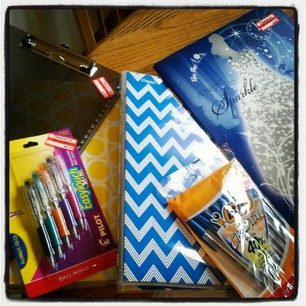 * Target run...& just as I predicted - school supplies on clearance... I loaded up.  I get so happy with red stickers.  & yes, there are Cinderella folders.  I told Ricky to find anything that was Disney Princess :) 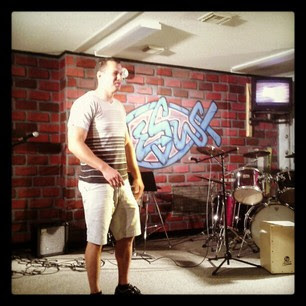 * Back to church... Thrive...We had so much fun hanging out with the kids... in our girls small group, I think I laughed until I was ready to throw up... seriously... & then afterwards, we played some games & just had a great time together.  I learned I can pick up routines nicely for a cup/tapping game.  I kept telling them its because I'm a dancer.  I can pick up counted routines quickly.... no one believed me though...

* Big Brother... I now officially hate Dan... when they vote Frank out on Thursday, I'll root for no one.  Hope they have a rule where everyone is a loser.

* I started going through old boxes my parents found while moving of all my childhood stuff...I found all my old glasses... Ricky couldnt believe how much I looked just like my high school pictures with these glasses


* We were planning on going out for dinner, but just too lazy to take the energy to get on 'real' clothes.  We just ordered pizza instead.  REALLY took advantage of a holiday weekend & was EXTRA lazy!

* Caught up on Housewives of New York... I have to say, I still love Heather.  I love how she can keep her cool when Ramona is crazy-craz with her.  I'd punch her in her eye-rolling-bobbing-head-face... but I'd do it with class just for LuAnn.