Oh man... I kinda feel guilty... our weather here was the best of the best. Top Notch. It doesnt get any better than this.  So watching all the reports on Florida all weekend, I just feel bad.  I'm sorry my Florida friends. 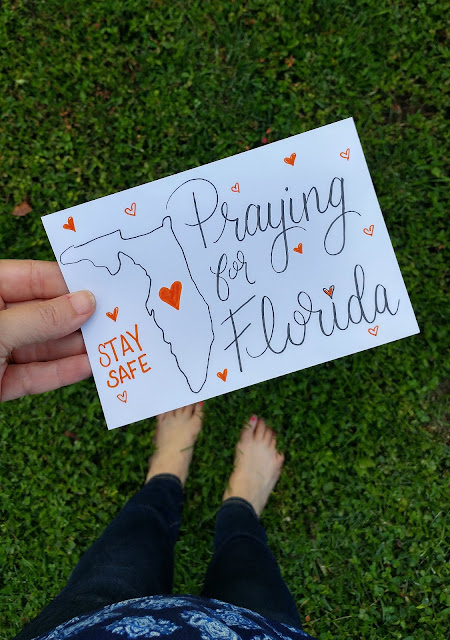 I've been keeping an eye on the news all weekend worried for everyone.  It seems like everyone has connections with people in Florida... & let's face it, I'm extra worried about Disney World too.  #happiestplaceonearth #maybenotthisweekend

Our hearts & prayers are with everyone in Florida & praying that they escaped the worst & if not, damage was minimal.

Mean while, back in the beautiful area of Indiana.... life continued on rain free... & beautiful skies... & allergy fest in full gear.  They got Ricky right in the face & ear this time.  Just what I recovered from. UGH.

But Friday, we just took it easy by picking up some dinner at the grocery store... let me tell you, we're addicted to their vegetarian Mexican bowls in their new deli area. 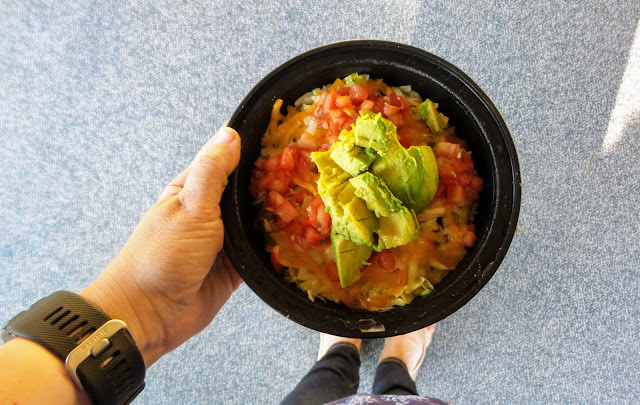 Funny side note, I said I wanted vegetarian & there was a girl behind the counter who asked me, "Are you vegetarian in everything you eat?" & I told her yes - she was full of questions for me.  The man fixing my bowl looked up at Ricky & said, "Are you vegetarian?" & he said that he doesnt eat any meat at the house but he will maybe eat a burger every now & then but he's probably about 90% vegetarian now himself because of me".... to which the man, who granted, was an older guy who was gruff & probably set in his ways, said, "If my wife ever changed to be vegetarian & expected me too, I'd leave her so fast"....

What do you say to that?

I wanted to say, "Well, my husband loves me more I guess"... haha.. but I remembered he was in charge of my food & I didnt want anything going in that I wasn't aware of, so I just smiled & shrugged my shoulders.

I spent the rest of my Friday starting the Netflix show, Ozark... WOW... not what I was expecting. Reminds me of Breaking Bad.  I'm just on episode 3 & have already been disturbed at least two dozen times.

Saturday had us a little adventure...

I had gone back in the back property to tell Ricky I was going to go run... I took Harvey with me & saw he was digging at the ground. He's not a digger... & the ground back there is mole infested. Its like the ground just caves on you with every step you take.

So I walk over & see that Harvey had gotten something up that was moving. HOLY COW - THAT"S A MOLE!!!!!

Ricky ran to get his shovel to kill it & LET ME FREAK THE FREAK OUT... in the most literal of terms.  I WAS FREAKING OUT... running up & down the drive way telling Ricky if he killed it, he was NOT the man I married & he had to live with mole guilt the rest of his life.

He kept telling me, "TOM (our neighbor) WILL KILL ME IF I DONT KILL IT"... to which I screamed back "TOM DOESNT HAVE TO KNOW'...

which if anyone ever heard this conversation just based on that last few sentences, they may call 911 on us.

So I ran & got a bucket & Harvey was all about his new little friend he found. 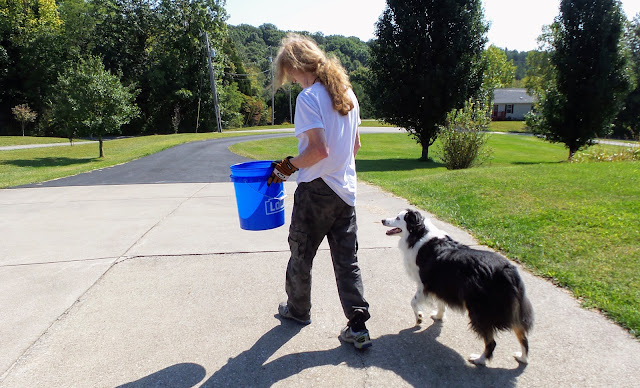 He just didnt want to take his eye off of it 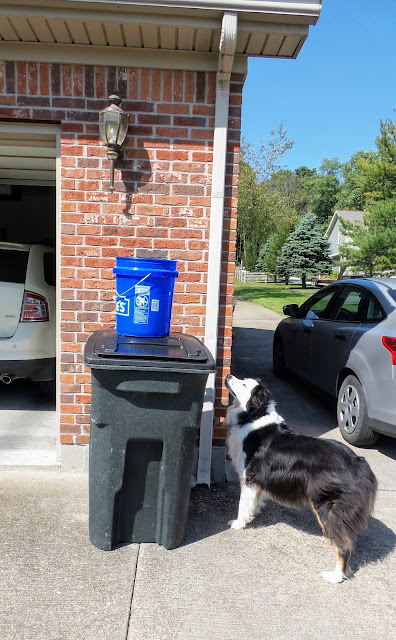 ... look at his nose trying to see in here too 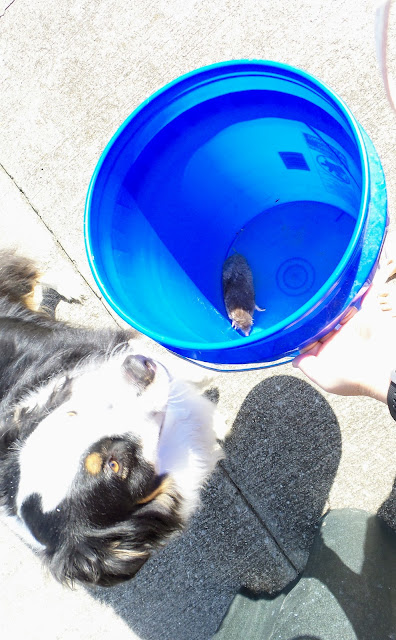 So Ricky agreed that he'd take it down to a huge empty place down the road that used to be a land dump.... so we all loaded up... & even Harvey wanted to go on the ride - a dog that HATES car rides. He didnt want us to take his new little furry friend. 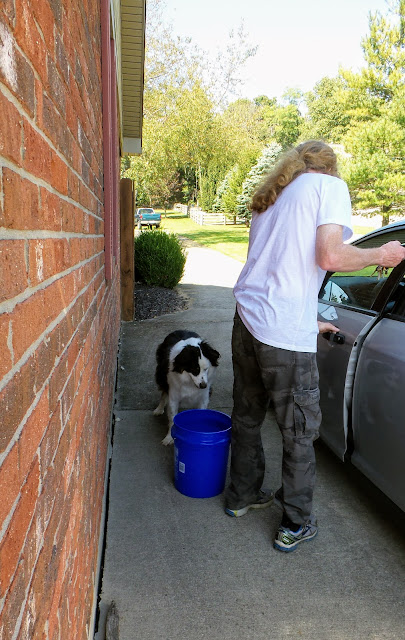 I sat in the back so the bucket wouldnt tump over & a mole get on the loose in Ricky's car... 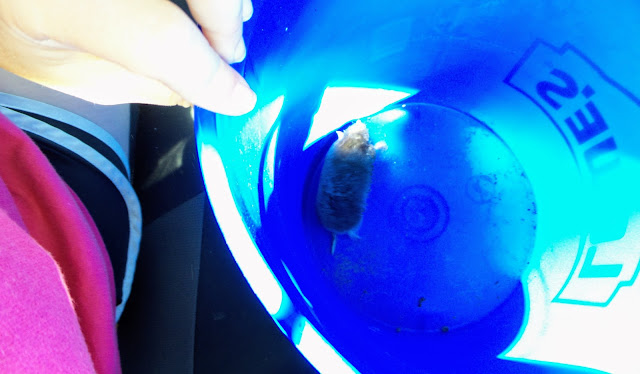 & Harvey kept making sure I wasn't loving on his little friend... he is a jealous dog... 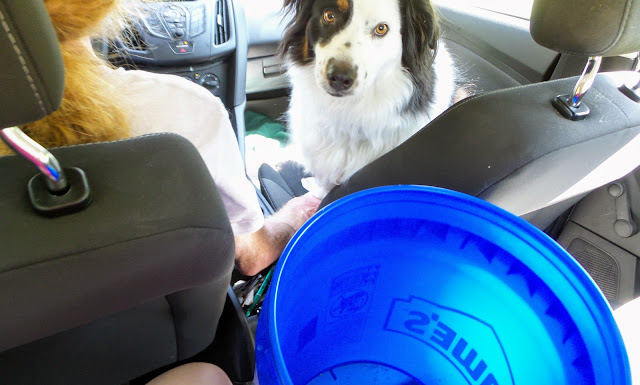 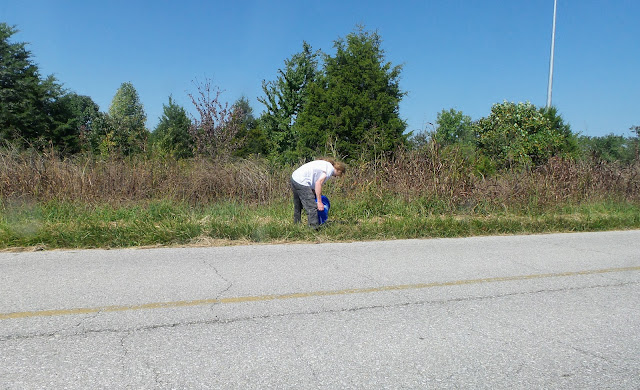 So anyways, I did get my run in... so accomplished something. 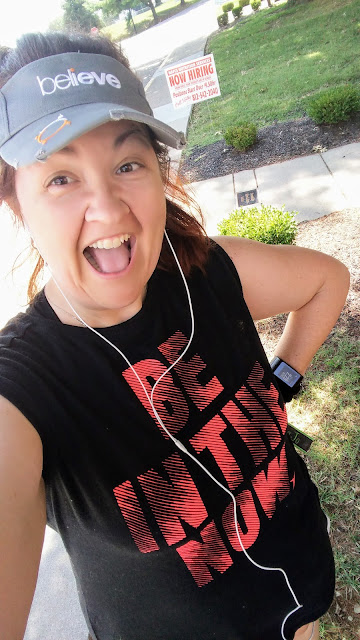 I ran over to my parents house to take a few pictures & my brother & his gang was over there.  Funny to talk to my nieces whose birthday is just a month away.  TEENAGERS. Y'all... they will be teenagers. I just cant

But I did get to take some pictures at my dad's house... 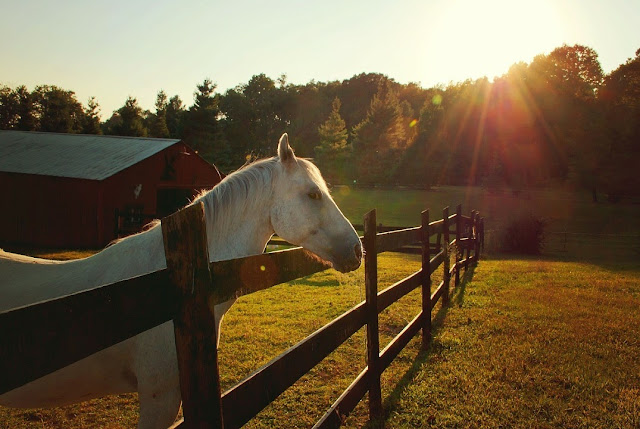 I just always love being over there. Nature at its finest.

I came home & we all took advantage of the cool night air... Ricky by playing some B-ball with Harvey Dent.


Funny side note - Sydney used to be SO GOOD at playing basketball with Ricky. Seriously - she'd steal the ball & she'd roll it with her nose & paws.  Harvey has big shoes to fill in this area.

Sunday had me back at church with my MSM girls... such a good message on social media & if we put the REAL US out there or if we use filters for every area of our lives.

It was a great honest discussion in our small group...

& then Ricky met up with me for some lunch...

THUMBS UP always for McAlisters 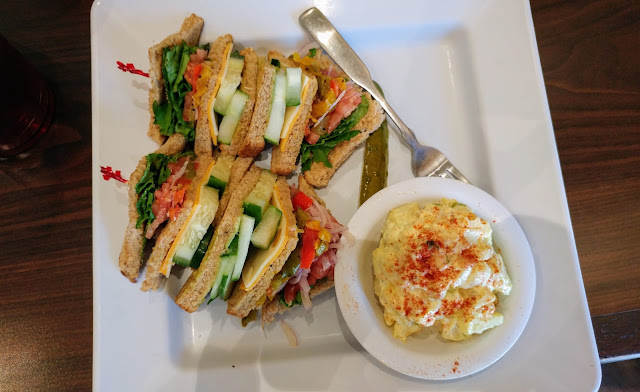 I then went to take advantage of Michael's sale they had on yarn... 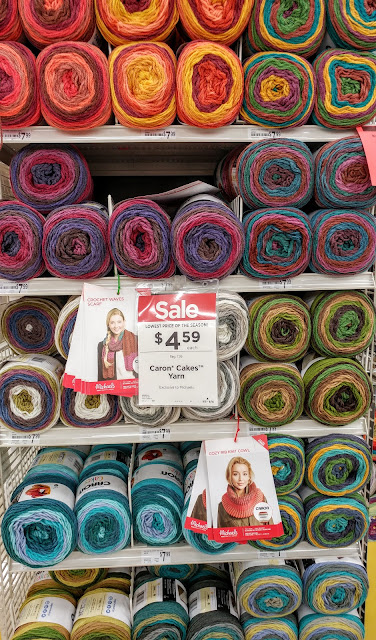 I ended up coming home & working on my Etsy store (6 new items went up for sale) & edited some pics & then had to take a walk to just enjoy the air...

& then it was time to head to my MSM girls Bible Study that they started on their own ... how cool are these girls??? 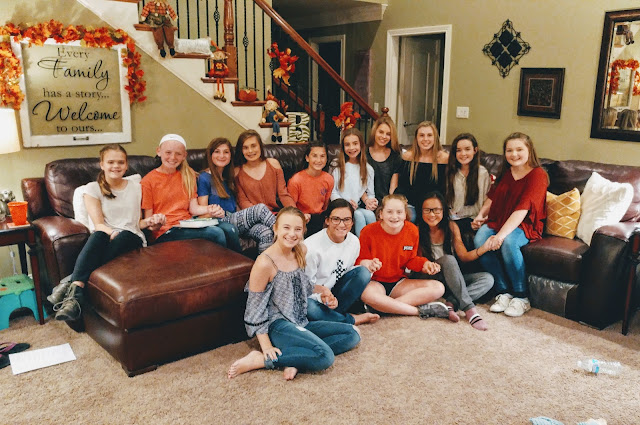 I just love that I get to see some of the girls twice on a Sunday & to see some new faces as well... hoping & praying they get connected with our church as well, but happy just to see them connected in SOME way with this bible study.

I didnt get home till 8:30 & now see that my Sundays are going to be busier than any work day that I even think about... but its worth it to help these girls along their path that leads them closer to Jesus.

Were you affected by Irma in any way?

& let's be sure to take the time to remember 9/11 today... still chokes me up & memories are fresh & real in my mind of that horrific day.