The weekend we celebrated 23 years.... 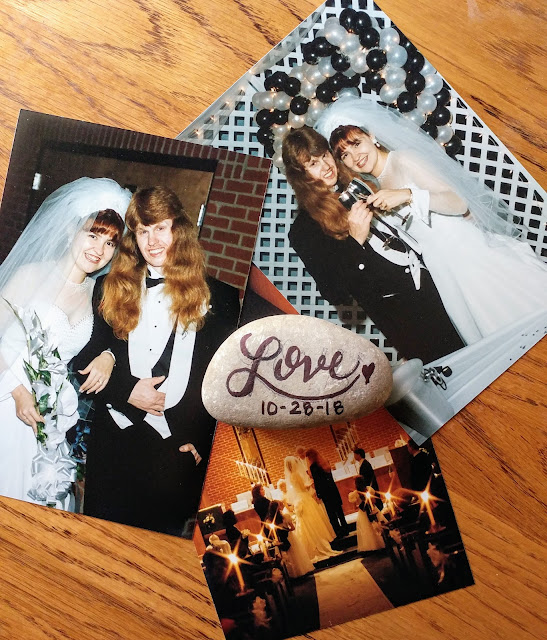 I can't believe I walked down the aisle 23 years ago... & can still remember so much about the day. The details. The weather. The excitement.  The feeling of putting on that dress - which is still the same dress I would pick today to get married in. I just love my dress.  Seeing my fiance standing at the end of the aisle & walking back up with him as my husband. It's those things you can remember.

I also remember my daddy.  The words he said to me as we stood behind closed church doors before the walk on his arm. 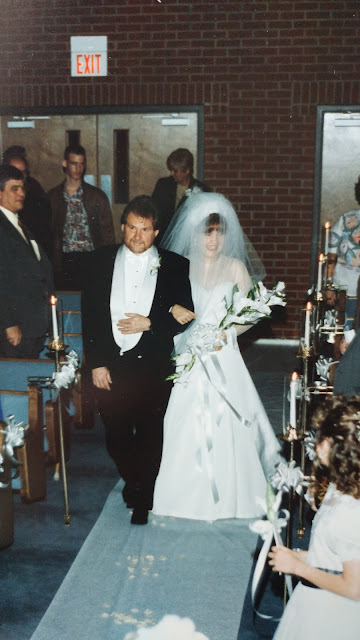 My dad was always one to celebrate & remember everything.  He would always have an e-card sitting in your inbox right at midnight.  & he's always bring over a sweet treat that he made himself to make sure any happy occassion had sugar sprinkled all over it.

I even found this email that I had saved from him last year.... tell me how heart breaking this is to read this first year without him.


It was so funny because 3 times yesterday, it rained with the sun peeking out. I kept telling Ricky I knew dad was trying to send me a rainbow for our anniversary present. He didnt forget.

It's been a weird week anyways. For the past 23 years, we've always taken off work on vacation for our anniversary.  This year, with all my SURPRISE surgeries, I'd had to use all my time for health reasons & couldnt take off the last week of October. It's felt SO WEIRD.  But thank the Lord that our anniversary fell on a Sunday so we could still enjoy it like we always do.

As tradition, we got up early & went out for breakfast.  Ricky had never been to First Watch before & when we left, he said, "I now have a new favorite breakfast place"... yep. 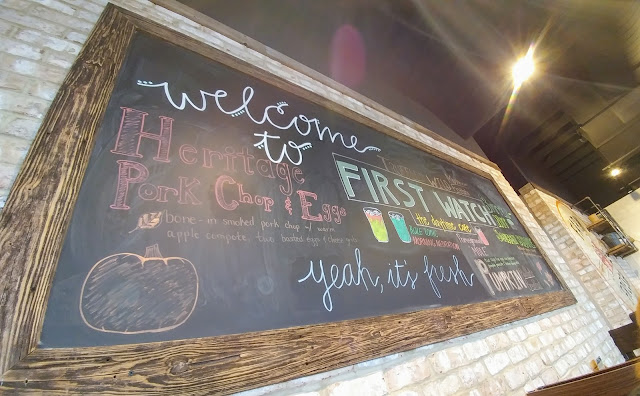 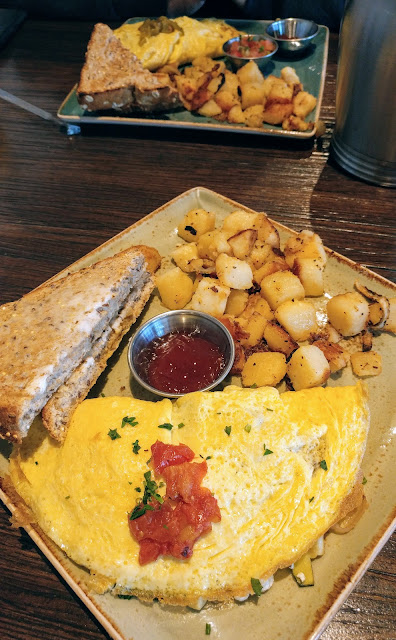 Then we went shopping around at a few stores & then we had to do our usual anniversary tradition.
Head to the Disney Store. 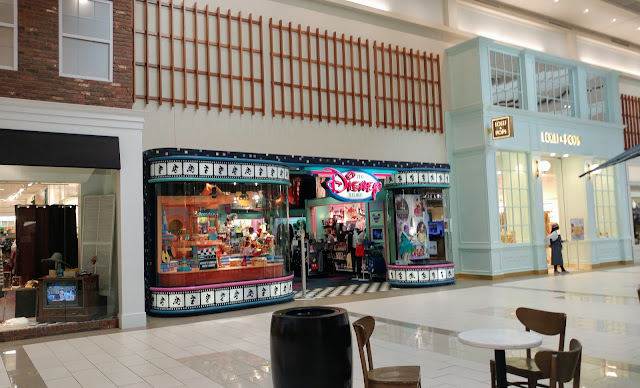 We do it every year.  They have out their Christmas ornaments & we always buy at least 2 - if not 4 - new ornaments. We love the ones that are unusual- & that have a Christmas look to them. Our big finds this year were Sven (the reindeer from Frozen) & Baymax (from Big Hero 6)... they are both so cute with little Christmas lights around them. Ricky also bought a cute Santa Minnie Mouse & some Chip & Dale little bells.

We then strolled around & didn't really buy anything else. Who needs it after you go through the Disney store.

But we did end up spending probably the best money of the day when we got in those massage chairs for a bit.    I'm a cheap date.  Give me a massage chair any day & I'm a happy gal. 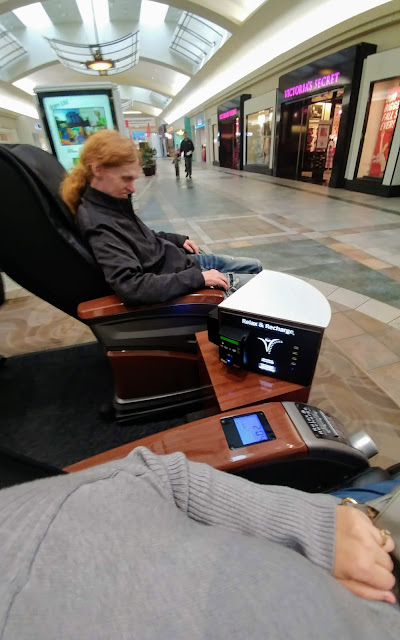 We ended up going to a few other stores were Ricky was able to get some new UK hats - gearing up for basketball season - & I got to go into World Market where I just like looking around at their original things. 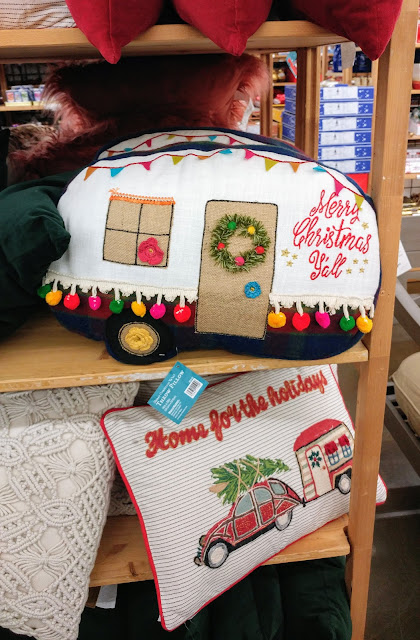 We were going to go to the movie - something else we do every anniversary - but there was nothing really I wanted to see.  We talked about seeing Halloween, but neither one of us are HUGE scary movie fans. & I really wanted to see A Star is Born but knew Ricky would rather gauge his eyes out. He said he'd watch it for me - but I knew that would just be $12.00 for a nap for him... so instead, we headed out to play some mini golf. 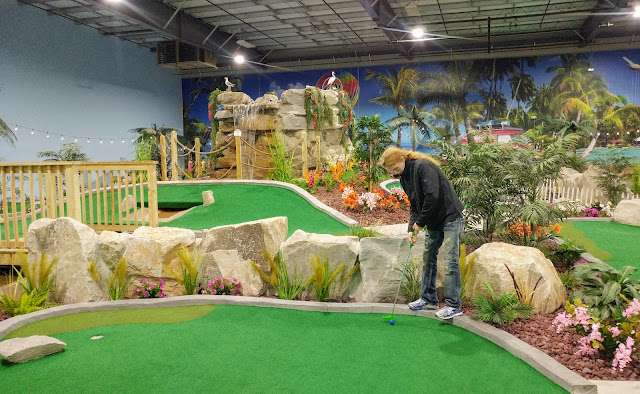 Now, let me tell you - any game to Ricky is a competitive game. ESPECIALLY mini golf.  I beat him last time we played so he was out with a vengeance.  & we had the most fun & the most competitive game. We tied it up 3 times in the game & it was close to the very end.... until I choked on a hole & he got a hole in one in the same hole. My fate was sealed.

It was ok - I can handle losing.  Much better than he can... & we just really enjoyed the game.

But we had some more money on our little card that we purchased when we came into this place & ended up playing some video games.  We had so much fun. Like we were laughing & felt like little teenagers dating again.

& when we left there, it was time to decide where to eat.  Now, every year, we always go to Rocky's - an Italian place on the river. The food wasn't AMAZING, but it was just fun for the atmosphere. Well, they shut down this year. so I was just lost on where to eat.  So after narrowing it down, we decided to try out the new Outback that just opened by us.  Which is funny because obviously, we aren't steak eaters AT ALL ... but they do have great sides. 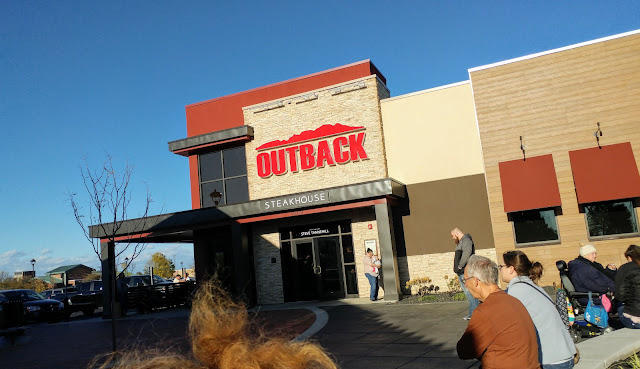 After a 35 minute wait - thank goodness it was sunny & felt nice out - we ended up having the sweetest waitress who was so good to us.  She found out it was our anniversary & sent us home with a HUGE piece of carrot cake after finding out that our wedding cake was carrot cake. HOW SWEET IS THAT????

This will TOTALLY be up on my Thankful Thursday - you can count on that!!!! 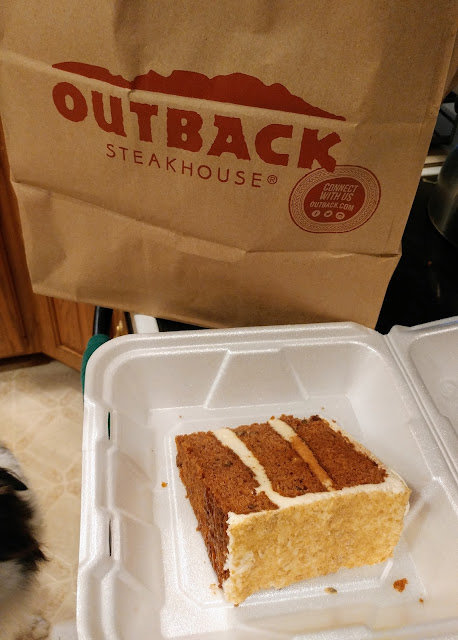 But we got home, enjoyed the cake with our dogs watching us... & just really talked about how wonderful the day had been. A great way to celebrate 23 years together.

We may be a little (lot) older - we may have more wrinkles - more gray - totally more weight on my side - but we're still here, next to each other - supporting one another - loving one another - always wanting the best for each other & always each others best friend.  I can't want anything more in life. 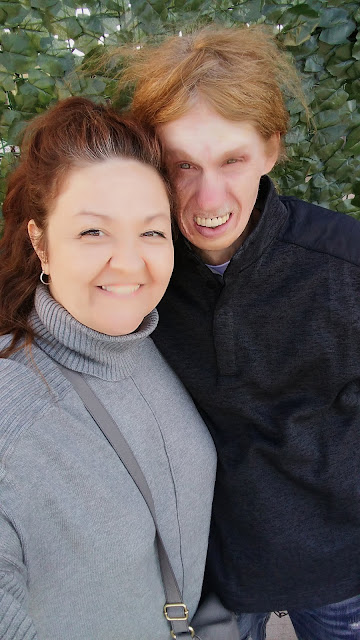 Here's to another 23 years with my love!