The weekend we survived Thanksgiving....

Let the holidays begin....
& for us, let the survival begin.

It all just feels so "off"... but we're determined to make it through.

Actually, I am surprised that we all made it through as well as we did.
Now, that doesnt mean it wasn't hard.  I know I thought of dad no less than 100 times this weekend.... & I know my mom had a really hard time - as expected.  But we got together & we survived! 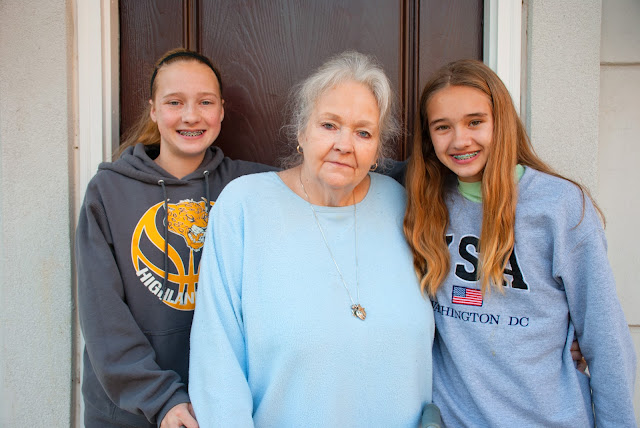 We even had lots of laughter... lots of talk about my butt & upcoming surgery, which is perfect dinner conversation.... & lots of me stuffing my face with the broccoli cheese casserole.

Which by the way - here it is in all of its glory. 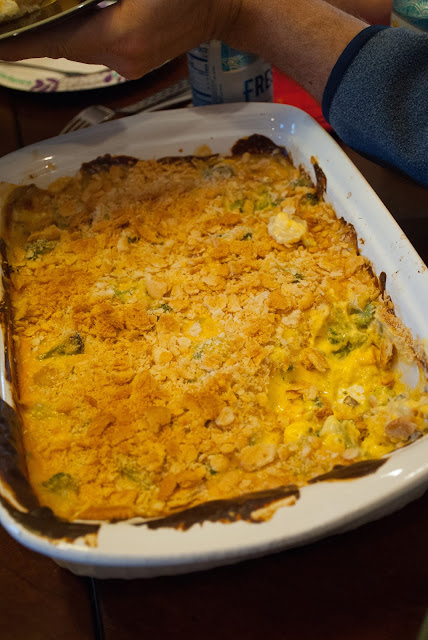 Thursday, we started out with mine & Ricky's tradition - going through the sales ads in the middle of the floor. We've always done it every year since we've been married.  He goes for Best Buy ads, I go for Michael's ads, & we both fight over Target ads. 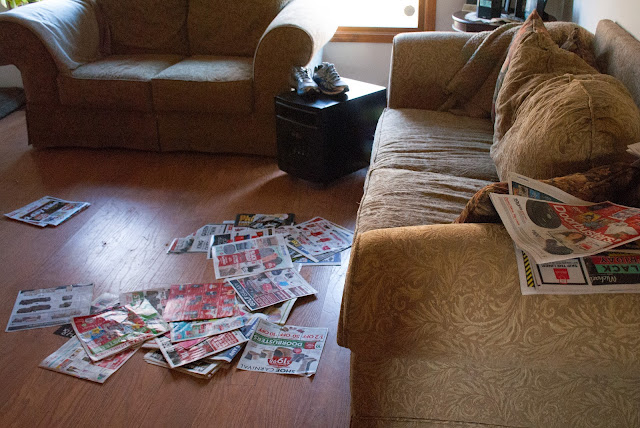 I was super excited this year because there was a MASSIVE crossword puzzle in the paper too.  It made my nerd-word-heart so happy... & made me feel really old because I couldnt see the numbers in the puzzle - so I had to keep a magnifying glass near.  Geez.... a stab to the ego. 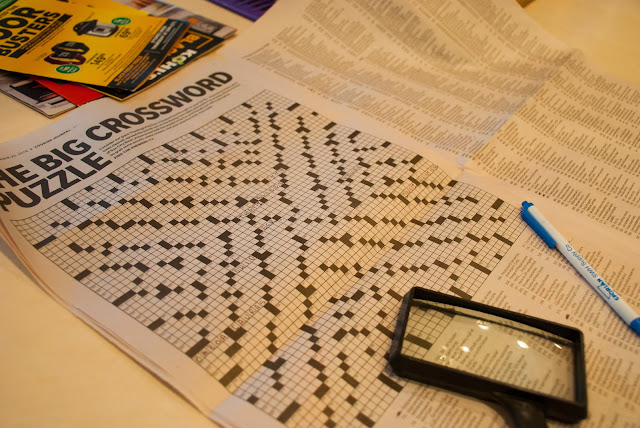 I started making my pumpkin pies & then watched the Macy's Day Parade. It's funny because later, my brother said he couldnt stand watching it because of all the Broadway stuff. I told him, that's when I sit & watch it - & when the parade actually begins, I'll just catch it passing by the TV.  We always have been total opposites so that doesnt surprise me one bit. 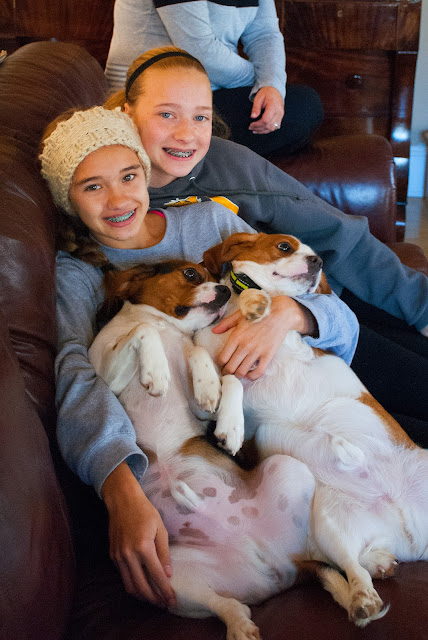 They always do such a good job of making lots of yummies....I was in charge of pies... & Redi-whip because Thanksgiving pie just isnt the same without it. 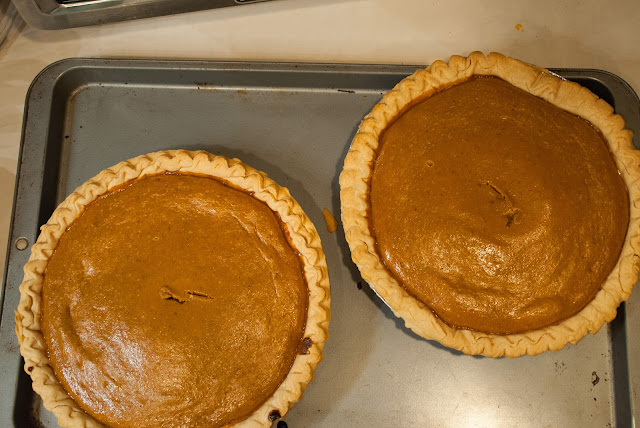 We ended up leaving fairly early because mom just wasn't feeling like being out too long - & Tony & Juli wanted to hit up a early bird sale & Ricky & I wanted to venture  out too.

My brother & SIL got exactly what they wanted super fast.... & Ricky & I? Screwed up everything. We had gone out to look for a new Christmas tree we liked (I'm SUPER picky about trees) & got there & found out the sale for the tree wasn't till the next day. Sigh.... just our luck.

We did shop around a little bi & then Ricky was hungry & of course, options are limited - so we headed to Waffle House... which is what we did last year - my first trip ever there.  Well, this may be the last. HAHA.

It was so GROSS.  The place was filthy - I mean, it was so bad, I walked back out to my car & got my Lysol wipes because I didnt even want to sit down in the booth, nor touch the table or menu. & yes, I'll remind you that I'm a huge germaphobe - & it was a good reminder for me to just keep my Lysol wipes in my purse.

Ricky even said his food tasted disgusting.  My hash browns? I had ordered cheese on top of it & just had to laugh when I saw the one square of cheese slapped on top. 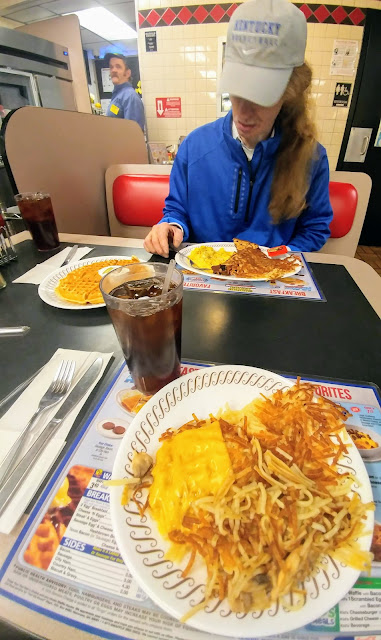 But we definitely made a memory going there....

& then we headed to Target - & was shocked how easily it was to get through. Granted, they had been open for a few hours, but there wasn't even any lines to check out.  I picked up 2 little things & then we just headed home.

Black Friday - you can count on Ricky to go shopping at 4:00am... me? You'll find me tucked away in bed.  He called me to see if I was up at 6am & I was like, "Yep, I'll be right down & meet you"... & then fell asleep. Oops.  But I got another wake up call at 6:30 for a check-in of where I was at. Had I left yet?.... I was like, "Walking out right now" haha - But I am pretty good at getting out of the house quickly.... so while Ricky was waiting in line, I ran into Starbucks - a good excuse to delay my arrival... & then we got to do some Black Friday shopping together. - to which I still didnt get anything, except yarn.  Because that's what's important to me on a sale day. 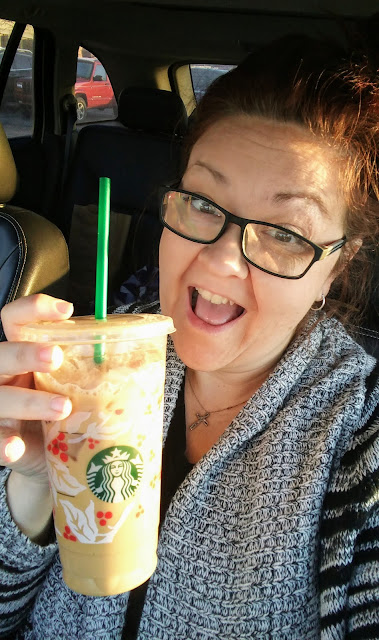 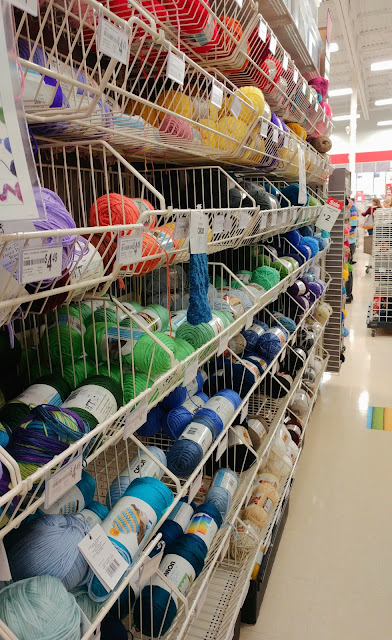 We didnt even stay out too long & got home & enjoyed the warmer day.

Saturday, I headed out to get a mammogram - who knew they schedule on Saturday now!!! - & then just didnt want to do anything. I just was in a bad mood. I was all tore up about putting up my Christmas tree. I'd want it up & then Ricky was busy & couldnt get it out & then I was like, FORGET IT - I dont want Christmas anyways.... & then the next hour I was begging for the tree.  It was a topsy turvy of roller coaster emotion.  In the end, I just sat & knitted all day & watched Christmas movies on Netflix.

Sunday, was HSM - one of the most incredible messages I've ever heard - & then Ricky & I went out to lunch - complete with dessert.... 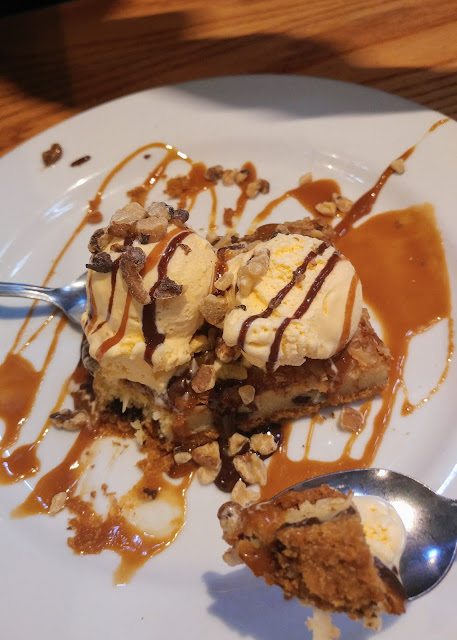 & then we finally went home to get the tree up.  & to find that we have so many lights out on the tree. I about cried. Actually, I did cry.

I'm just so BLAH about the holidays anyways so any little thing is going to push me over the edge.

I just decided to make Christmas simple. I didnt put up half of my decorations around the house. Left the garland in the tote. Cut out a lot of little Disney things I sit around on tables.... & you know what? I think I like it better. Ricky even said it looks nicer just having minimal stuff out. It makes you really appreciate it. 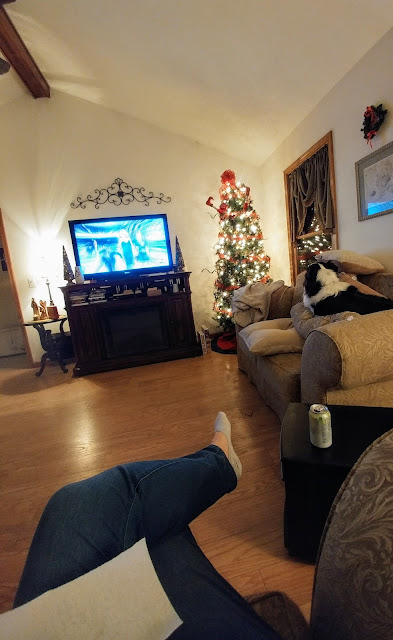 We still have 2 Nativity sets out - our Mickey & Minnie figures - & our tree is overflowing with Disney ornaments - just no bows this year... & I am SOOOO thankful to not have to deal with the bows.

We thought of dad a lot - spoke of him often - laughed at things he did last Thanksgiving ... & I ate his share of broccoli casserole. I'm a good daughter like that.

How was your Thanksgiving?

Did you Black Friday Shop?

Or even Cyber Monday shop... since I'm slacking here a day late....