The weekend I dislike Prince Charles all over again....

When you have a Monday with a short work week ahead, its not so bad.
Can anyone else believe its Thanksgiving this week?  I mean, the whole year has been some sort of dark hole or portal of weirdness... so I guess it shouldnt surprise me we're at the holidays while half the country is going back into lock down.

Friday, I didnt really do a lot after I signed off at work. I had felt so nauseated all day long - actually the day before too.  So I was just looking forward to laying in bed &not doing much.  I did end up Christmas shopping online & got The Hubs some gifts, which is exciting for me.  But that was the extent of my excitement on a Friday night.

Saturday, I set my alarm at 7am.  The Hubs laughed at me... but I wanted to get a heads start at the grocery. I knew it was going to be a mad house the weekend before Thanksgiving & I did NOT want to be in a crowded grocery store with Covid numbers going up like rockets every day.  I figured the best time was early early early. 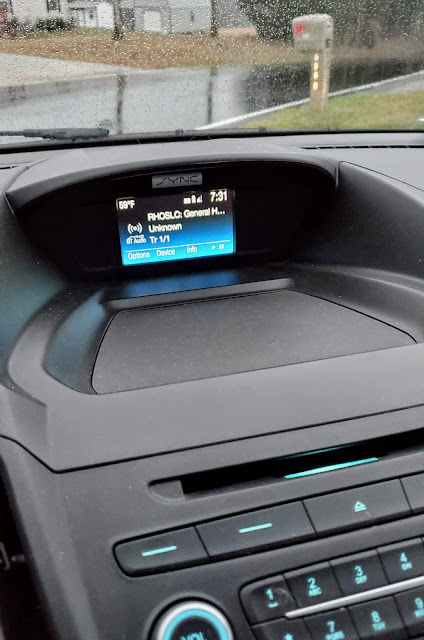 I got to the grocery & was actually surprised at how many other people had the same idea. It was more crowded than I expected.  I ended up chatting with a lady in the spice aisle because she thought I was her supervisor- LOL - she said we had the exact same build, the exact same color of hair - even length of hair.  They say everyone has a twin.  But she even said the same thing, that she was surprised at the crowds & how empty the shelves were.  Luckily, I ended up with everything i needed on my list - except for pumpkin. After walking around the store 3 times looking for it, I gave up... ended up picking up some at Target later in the evening. 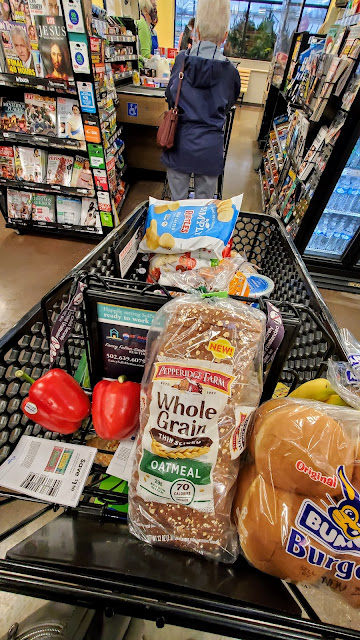 I had to do a bank run & drop off at the UPS store, so when I got home by 9am, I already felt like I had accomplished a lot for the day.

It was such a rainy, gloomy Saturday ... & also Sunday... so any free time I had, I was ready to jump into Season 4 of The Crown!!! I was so excited about this one because I love me some Princess Diana.  This is my era.  I remember all of it!  The first days of the paparazzi chasing her - the engagement announced - & of course the wedding. 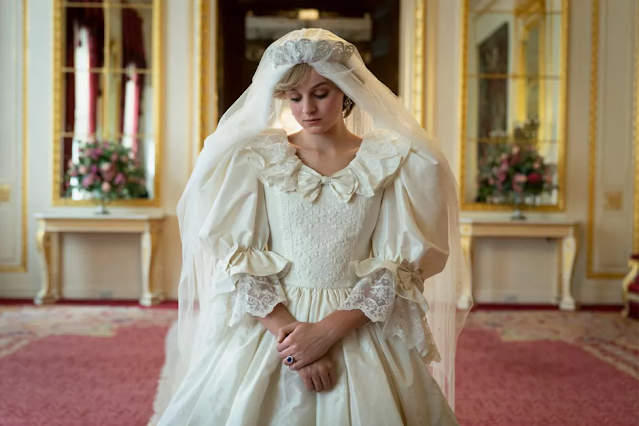 I had gotten through just 2 episodes when The Hubs needed to pick up a gift for me I had been wanting for Christmas. There was one left & he got it on hold & we had to go get it.  Yep, I already know what it is & I'm super excited....A Canon Ivy Printer. 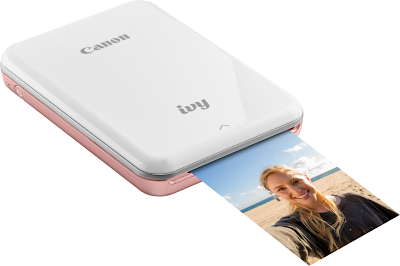 I am so excited to use this to print out pictures for my planner for 2021.  I want to use my Passion Planner for memory keeping a lot & I will probably print a pic or two & put in my planner each week.  I cant wait till Christmas to use it.

I ended up staying in the car while The Hubs ran in.... I just sat back & listened to my What What Crappens podcast & people watched. Pure entertainment.. 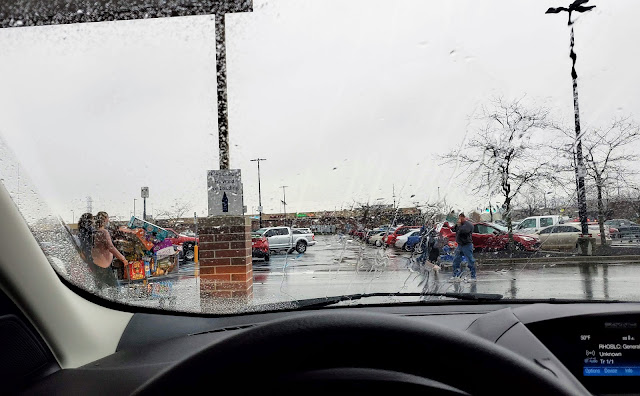 On the way home, we ended up stopping at the Pie Kitchen & we each picked up a slice of Reese's cake. Y'all... Y'ALL... DELISH.  Just the thing you need when the world seems to be falling apart. 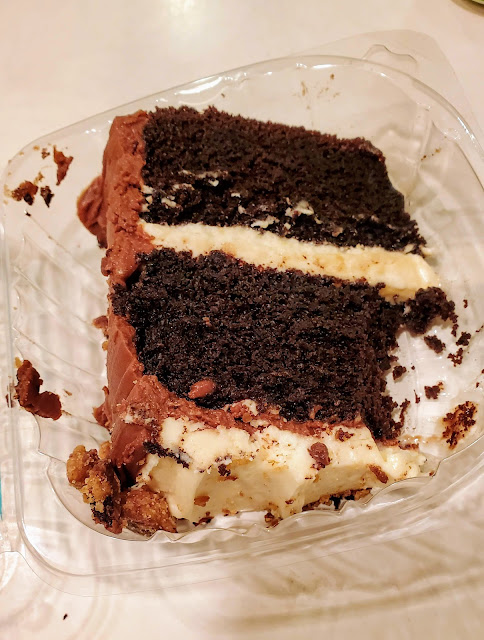 I will say - I dont know if it was the cake I ate on top of me getting old. ... I could NOT go to sleep. I had the worst heart burn.  I figured I would be tired & knock out early with getting up early & running around all day... nope. The heartburn was so intense, I felt like I couldnt even swallow - which made me have some panic attacks - which makes you not feel like you can swallow. It was a circle of misery... The Hubs kept waking up &checking on me & I was like, "Yep, still up"... I believe at 1:30am, I asked him if he wanted to play a game. He said, "Sure"... LOL - but I didnt make him - I let him go back to sleep. I finally took some TUMS & ended up falling asleep around 2:30am. Geezz... that was NOT a fun night.

I was on a mission though. 2 things. 1. Finish watching The Crown & 2. Get Christmas decorations going.

It worked out really nice & well for me because I honestly would go downstairs & get one tote of decorations - come up & put it up & then wait awhile & take it down, get another & repeat.  It made it laid back  & I didnt have a room full of 7 totes & boxes everywhere.  I'll have to adapt this method every year - made it very stress free.  Also, gave me some butt toning work doing the steps over & over. 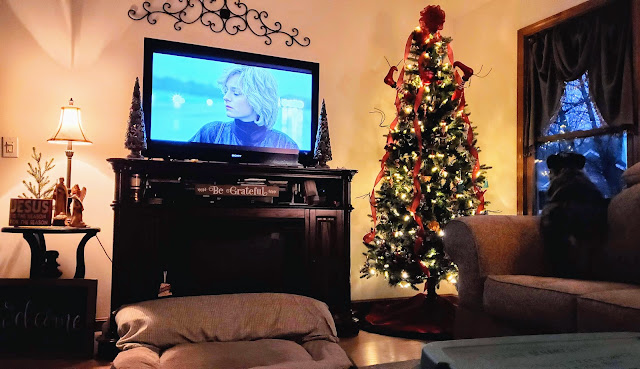 And I finished up Season 4.... & ended up just wanting to spit every time Charles came on my screen.  I think its funny that they make it seem like he had issues with people like Diana more & he apparently desires the approval of everyone.. & yet here we are once again, this making him look so bad & people once again disapproving of him. If that's not Karma....

I wonder how much of this is true. Probably 0.0002% ... but I'm taking it like an autobiography.  Good stuff. & heart breaking.  Poor Diana.  She was set up from the beginning for heartache, wasn't she? She was just a kid.... & is it me, but is it just ok for everyone in England to have affairs & everyone be ok with it as long as its agreed or arranged? Geez. What is wrong with everyone. Gross. 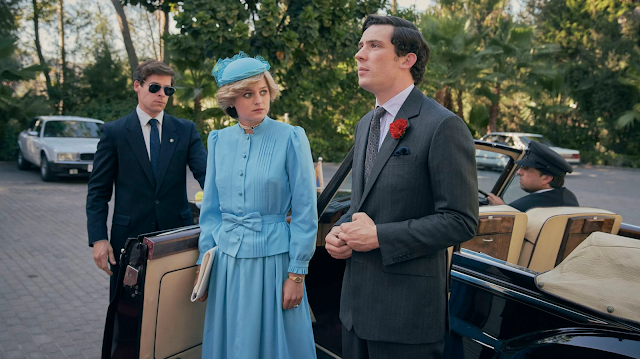 & if that scene is true where Charles makes fun of Diana about that Phantom of the Opera thing (I dont want to spoil too much)... Then I'm done with him. I was sitting on my couch yelling at that one... YOU JERK! WHAT IS WRONG WITH YOU? ... I take my royalty stuff seriously y'all! SER-IOUS-LY!

So I'm ready for Thanksgiving week. I have my cabinets full.... I have my tree up glowing in the corner... & we're not going out & doing a darn thing.  Just more online shopping & dinner at home with a cauliflower head instead of a turkey.   The life of a vegetarian household. #saveaturkey

Do you have your decorations up yet?

Did you watch The Crown?

Whose side are you on - Charles or Diana?