All my hoarding paid off.... Thankful Thursday #291 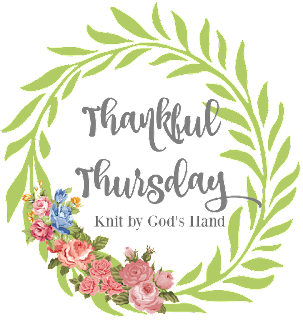 Coworkers
I know I talk about how much I love my job - & my coworkers just make me enjoy it even more.  On hard days, there's always a coworker who helps me out with busy Escrow Days, or working on projects that pop up, or someone who covers my job so well when I'm out & someone who sends me stuff from in the office that I need from home, & even those that just make me laugh during the day with messages.  I just work with the best people!  I thought for sure I was going to have to go in the office for year end & one of my coworkers is going to go in to help me out by doing the stuff in the office while I finish up stuff at my home.  Just the best group of ladies!

Fake Fireplace
OK  - we're obsessed with the fake fireplace videos on YouTube that play Christmas music in the background & even the crackle & pops of a real fireplace.  I've found myself turning it during the day while I read & its just soothing... & I love turning it on at night when its dark out & just the glow of it & the soft sounds of Christmas music in the other room while I'm cooking or blogging.... I'm going to have to play this till Spring arrives.  #sorrynotsorry 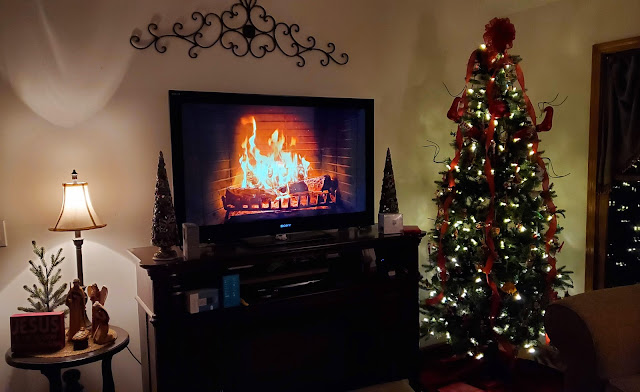 Blankets
My hubby is just the best.  He works downtown & sees quite a few homeless around.  There's a few that he sees repeatedly & some of them, he always talks to, gives them money or anything they need.  He has a heart for the older men that are on the streets.  There is one that talks to him all the time & when The Hubs went to give him some money, he said all he needs is some blankets with the cold coming.  That's all Ricky needed to hear.  We always stock up on blankets when they are on sale during Black Friday ... why? Because I'm a blanket junkie.  & we never know whose going to be here that needs a blanket. & heck, I just love blankets.  Ricky gathered them up & took them down to the guy the next day.  This man was so thankful... Ricky told him he'd give him more but that's all our new ones. He told him they didnt have to be new.... cue Ricky taking the rest of my spare blankets around the house. LOL... I'm so glad he did too because it's been so cold around here lately.  ... now granted, if you stay at my home anytime in the future (after COVID of course) ... know it may be a BYOB (Bring your own blanket) situation :) HAHA

Christmas cards
I'm the worst... WORSTTTTT... at sending out cards.  I just always forget about it until its just too late.  I need to start this year.. like in January, by addressing card - LOL.  But I've just smiled every day getting my mail & finding cards in there with beautiful family smiles on them & sweet words & Christmas cheer shared with us.

Fridge Working
I woke up over the weekend to see our tray in our water dispenser dripping water.  All the ice in the ice maker has thawed out.  & opened it up & felt everything & it wasn't as cold as it should be.  The lights were on though so it wasn't dead.  We dont know what happened.  The Hubs went down & flipped the circuit breaker & it cooled down.  ... & then it did it again.  We noticed that it happened both time when our power has gone off.  They've been working on a pole down our street & our power has been on/off so many times the past week.  BUT... all that to say, its been working again after the last circuit breaker switch.  Whew... we thought we were going to have to ask Santa for a new one.  (knocking on wood it keeps going - its not that old)

What's some good things happening in your world this week?