I went to my first Super Bowl Party!!!! I had so much fun! And yes - that is me with a Hockey Jersey on... It was close enough to me - its a sport! And at least my hockey jersey said St. Louis! I had to be corrected though - I thought for sure the Cardinals were from St. Louis - but was told that was baseball... how do people keep it all straight? 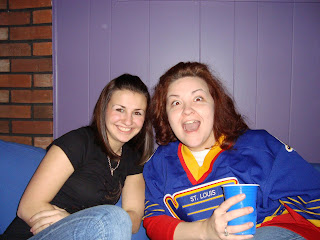 And honestly & truly, I thought they were playing the Greenbay Steelers... why? because there was a boy there with green hair... I thought, "Oh cute - he painted his hair for the team" - I asked him if he was cheering for Greenbay.... I got another round of looks!


I did get some football knowledge by my girls, Erica & Kim....the guys were too busy getting into the game! 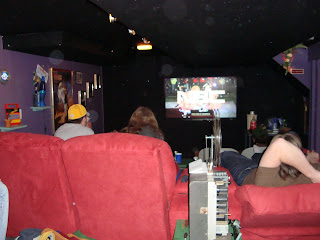 I dont know much about football - but even I knew it was a good game! I've read so much about Kurt Wagner (is that his name) that I wanted him to win & was so sad on how he went out in the end with that fumble/ stopper/ stacker/ oopsie (that's what I call it) - whatever its called!


Even better - we got to laugh with friends & some of the kids from the youth were there....they are the coolest kids! 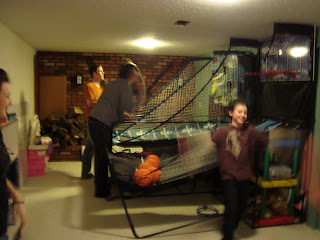 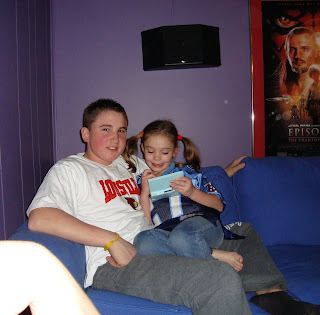 Of course, the room became quiet each time commercials came on....that was one of the best part too!


LAND OF THE LOST.... with WILL FERRELL????? Totally gotta check that out! 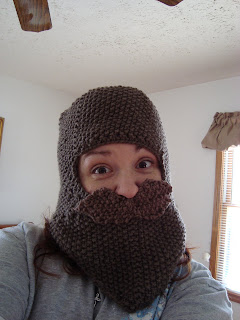