Well, as my dad noticed, the widget that I was using for Instagram updates with every picture... so when I would take a new picture, it would shift all the pictures that I had posted... so you'd look back & see a description for a picture that wasnt even there anymore... boo!!!!   So I'm back to individual pictures...

Another BUSY weekend... I literally was up & out early, home late... YAWN...
I need a vacation 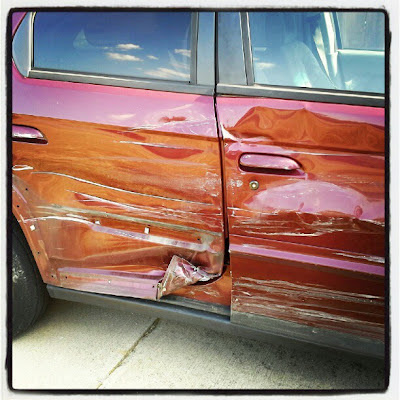 * Ricky's wreck... He was fine.  A lady just ran out of a stop sign & right into his side...its always something, aint it?  But praising God that Ricky wasnt hurt... 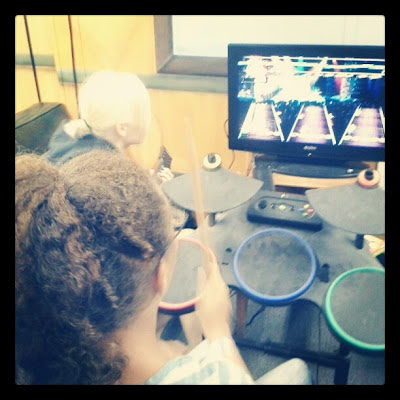 * ROCK BAND...It didnt hold Ricky up... he still was ready to go to the Youth After Hours... it was a great turn out & these kids are just the best kids ever.  So polite, so kind to each other...No drama... lots of fun... I even got to play Rock Band (picture above) & rocked the mic...I totally learned the words to Michael Jackson's "Beat It"... I cant even tell you how WRONG I had the lyrics before this night.

* Tires....we headed out of the house at 9 am to get new tires on Ricky's truck since he now has to drive that every day to work... Went to Sam's Club, which is nice to wait while they're putting them on.  Finally got "The Hunger Games" DVD 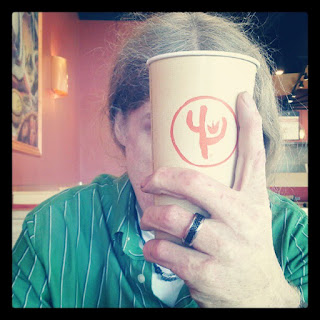 * Lunch time... headed to Q'doba - I'm now addicted to the 3 cheese nachos with rice & black beans... I dont think I've been that full in a LONG time.. 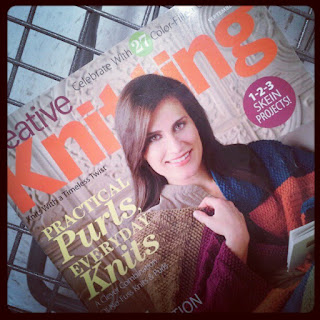 * Dreaming of Healing.....Had to head to Wal-mart to pick up some totes & while Ricky was looking at something, I found this magazine.  Now, I cant knit anymore with my bicep tendonitis.  I knit about one row & am in such pain, I cry... so Ricky was like, "put that back"... but it had such cute patterns in it.  I told Ricky I'm just holding out faith that it heals... I want knitting needles in my hands again... & now, I've got some cute patterns that I'm planning on making first. 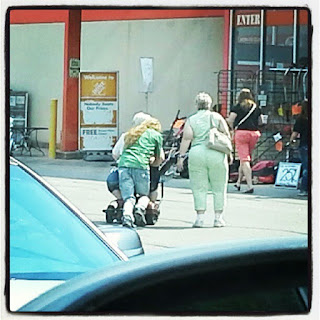 * Good Samaritian.....One more stop to Home Depot to pick up a garbage can... We look and see this lady in one of those motorized carts that stores provide... It was not going anywhere.  Ricky popped out of this car & asked if he could help.  She asked him if he could push her to the store.  Can you see the angle he is leaning?  It about killed him... & the lady?  So sad to say, she was so ungrateful too...I think she thought Ricky worked there when he came up & asked if they needed help.  Never said thanks - really short & snarky with him.  Ricky just said, "I didnt do it for her, I did it for God"... ahh...he's better then me - I told him I woulda poked her in the eyes & ran... not really, but in my mind, I would have.

* Middle school small group... was totally shocked when they couldnt answer the question, "if you would be any character in a movie, who would it be?"... you'd think I'd asked, "What is the meaning of E=MC2?" ... of course, they answered the question FOR me... Belle... no doubts or second thoughts... 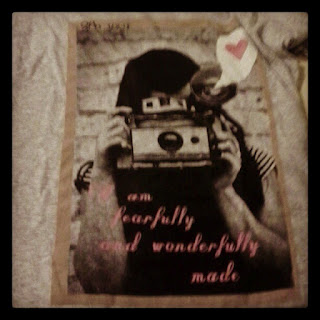 * Got a surprise!!!  My awesome friend Chasity brought me back a surprise from Women of Faith... this t-shirt... its doubly meant for me... first?  a camera... second?  the scripture is what this blog title is about.  Being Knit by God's hand in Psalm... being fearfully & wonderfully made... this just made my entire day!!! 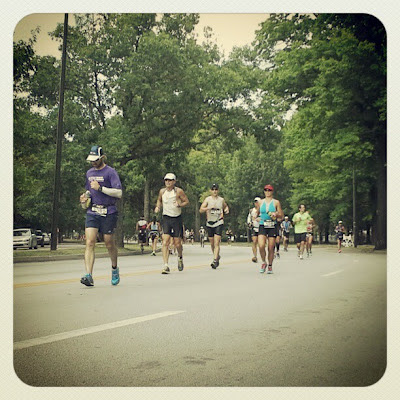 * Headed out to the IRONMAN!!!  ... these people just blow my mind.  Ricky went with me & got to see it for the first time... he even 'hooted & hollared' for the runners.  But he also heard them say, "thank you" when he cheered them on... I dont think people realize how much that pushes you on to have people rooting you on.  We tried to get down by the finish line but it was so PACKED... but I saw the athletes that came through the finish line collapsing at the medic tent.  Over 10-17 hours of movement... I dont see how they do it.

Best part?  There was a guy running who looked JUST LIKE Forrest Gump.. had the beard, the hair, the hat, the knee high socks, the same outfit & even a smiley face t-shirt... I had to yell, RUN FORREST, RUN!!!  He gave me a nod & a smile!