Can you believe its February?
As Ricky reminds me - only 10 more months to Christmas

I actually have bought 2 Christmas gifts
....but know I will totally forget them when December comes around! 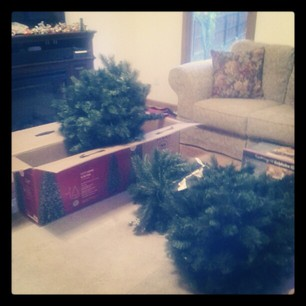 & for the record, the ornaments were off
we just had a bare tree in the corner

& for the record again, it still has presents under it

Now its so bare & empty
Only 9 more months till it goes back up :)

Dont ask me if my Christmas picture with Santa is still hanging
....Just dont ask.....

I'm hoping to be hanging upside down soon!!!

No - I'm not turning into an old school Vampire via "The Lost Boys"
(New age vampires don't hang anymore - notice that?)

I have plans to get an inversion table.

I've asked around to friends that have them & use them & they swear by them for back pain
Especially for running, they say when you take that pressure off of your back, it helps with all the pounding from hitting the pavement...

this low back pain?
I'm willing to try anything 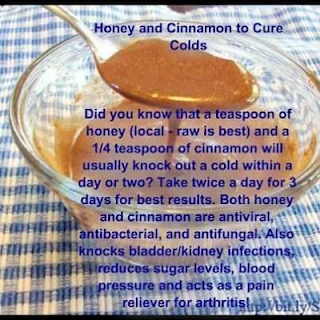 I actually eat this every day
(tastes great on a banana... even better on a graham cracker)

& I am thinking there's something to this.
I've sworn by this & green tea this flu season
.... & I'm knocking on wood right now too...
that cant hurt either

I want Ricky & the rest of my family to stop a minute today & give the Lord praise
....that I've never made them do this....

Even though I do think that Mrs. Potts costume is semi-inapporpriate

American Idol:  So I guess they are letting anyone through now.  Can you imagine Simon being there & these people forgetting words & sounding like a fool & STILL making it?  Me thinks not
Side Note:  That short guy - Matheus... he kept saying, "I've never sang with a live band" - so that says to me one of 2 things.  He's lying or Glee Project is lying.  He was in the final 5 of Season 1 Glee Project & they sang with a 'band' - so either the band isnt real or he's full of poo


Vampire Diaries:  Y'all know I love my Vampire Diaries... but I am so lost with the story line going on right now.  This 'cure' they're going after & this weird guy that has control over Bonnie.  I'm just lost.

The Bachelor:  HOW IS TIERRA STILL THERE? ... I was so sad to see Selma go.  I thought she'd make it to the final 4.  Her odd timing of whispering words always amused me

The Following:  the end where they were teaching the child to torture & kill the animals - I literally got nauseated.  This show is almost too much for me.

Real Housewives of Beverly Hills:  Can I say, I LOVE Yolanda.  I love she stays out of the drama, speaks the truth of how stupid all their fighting is, she loves to work out & cook healthy... she's like a real life Barbie Doll to me.  & her husband is cool friends with Josh Groban.  Yeah - I wouldnt mind having her life.