* Went to a surprise birthday party for an amazing young lady.  Sweet 16.  She's a lover of coffee (already!) so her mom had it set up as a little coffee shop. It was yummy to have all the coffee drinks to choose from.  I think I want my next birthday to have the same kind of party :)

Here she is walking in the door... totally surprised! 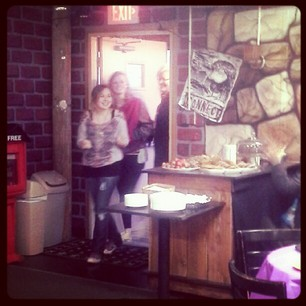 * Watched the 20/20 special with Robin Roberts... oh my word!  I knew I loved her before - but I love her even more now.  Her faith was just so amazing. & her family! Wow!  I teared up when her family was in the room singing praises with her - it just reminded me of when we all surrounded Steph & sang worship songs.

* Woke up freaked out... I know its because of watching the Robin Roberts special.  I woke up thinking, "Is Steph alive?" ... I had dreamt about her & she was telling me that she was fine & living in Colorado.  I was like, "Are you kidding me?  I thought you died?!?!!?!" - she kept assuring me she was alive & well in Colorado.  So when I woke up, I literally believed it for a few seconds... & then I realized it was a dream.  It was THAT real.  Maybe Colorado is just code for  Heaven.  Colorado needs to make new travel pamphlets to let everyone know that.

* Stopped in Joann's & bought some new fabric for a baby session I'm doing this Saturday.  So soft - so fun!  It was cool though because the lady cutting the fabric said, "What are you making?" - I told her I'm no sewer (if they only knew of my lone sewing machine that has never been threaded)... but I was a photographer" - the lady behind me said, "WHAT? I am looking for a photographer" - NICE!  Plop out a business card & hopefully have a new client. 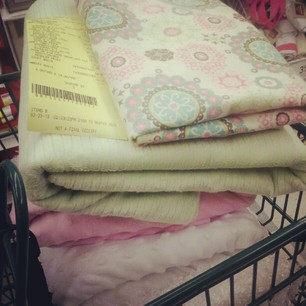 * Chili's for lunch... I think we're done with that place.  Two times we've been - two times its been awful

* Went to Kohl's to take back my shoes Ricky got me for Valentine's.  They would crease on my toes & hurt.  So I'm looking around & find a few pairs I'm interested in.  But size 9 is not easy to find - so I just find every size 9 & grab them.  I open up one box & GASP... literally GASP!  Its the Breast Cancer shoes I've been wanting since last year..... Now - get this - there is no display - there is no other shoes in that style in another size - just the one size - MINE!  I put them on... It honestly was a Cinderella moment.  I think I skipped to check out line.  It was destiny 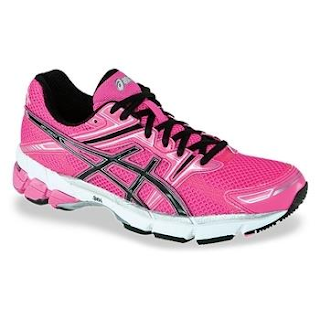 * Stopped by my parents so Ricky could do Horse duty... I've got to watch him - he's gonna sneak a horse home, I can just tell

* Ricky was tired & wanted to go to bed early -I told him I'd watch some TV in the room with him for a minute but was probably going to go in the other room to catch up on my DVR shows... next thing I know - I'm OUT OF IT... sound asleep at 9:30. Musta been all the excitement of my new shoes

* Before church - got my inversion table together.  I about freaked out the first time I went backwards on it. Feels like the whole thing is gonna tump over - but Ricky was there & said it wasn't even budging.  It felt wonderful to stretch out my back.

* Church.... Today was a frustrating day for me.  The kids in the small group were WOUND UP TIGHT.  I hate days where I feel like I'm just saying "SSSHHHH - listen to whose speaking" more then saying anything else.  Days like this make me wonder if its time to hang up my Youth Leader badget.

* Ryan was working so we were able to snag Chasity up to join us for lunch :) 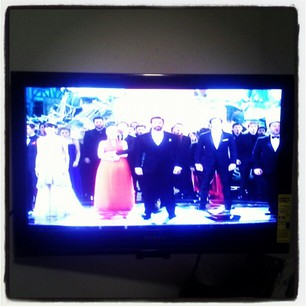 Have a great week friends!