Yahooo!!!  Is everyone else so excited?  Its crazy how much happiness comes with an extra day on the weekend.  I have a photo session with 2 Seniors this weekend, but other then that, no plans. Well, I say no plans, but I have to stick with my P90X, I have a house to clean, I have a pile of laundry, I have chores I need to do.... so its basically work.  But work at home is so much better then work at work.  Can I get an Amen?

I don't even care.  I make it known that I'm not a huge sports fan.  I don't have time to even understand how games are played.  Sitting down on a Monday night, or a weekend & watch a game - or even a FEW games?  Yeah.. not in this girls schedule. #alwaysbusy
But Ricky went to his Fantasy Football draft last night.  So I know I'm going to see a lot of papers around the house, hear a lot of "Oh man" or "Oh yeah", have a lot of "Turn the station over so I can see the score" ... People take this stuff seriously.  SER-IOUS-LY!!!!  I don't get it.  At all.  Have a great year you crazy sports people.

I'm sitting on the edge of Twitter every minute trying to see if there are any updates on Joan Rivers... like she's a great aunt of mine or something.  I just really like her.  I know she says things that gets her in trouble - but she's a comedian. That's what they do.  Did anyone watch her when she was on Celebrity Apprentice? You can't say the woman doesn't work.  She's clever, has a smart mind & you can tell she really cares about people.  If you haven't seen her documentary - you really should. (that's the name of it in the picture above) ... I hope I'm still that active & doing everything she does at 81 years old. 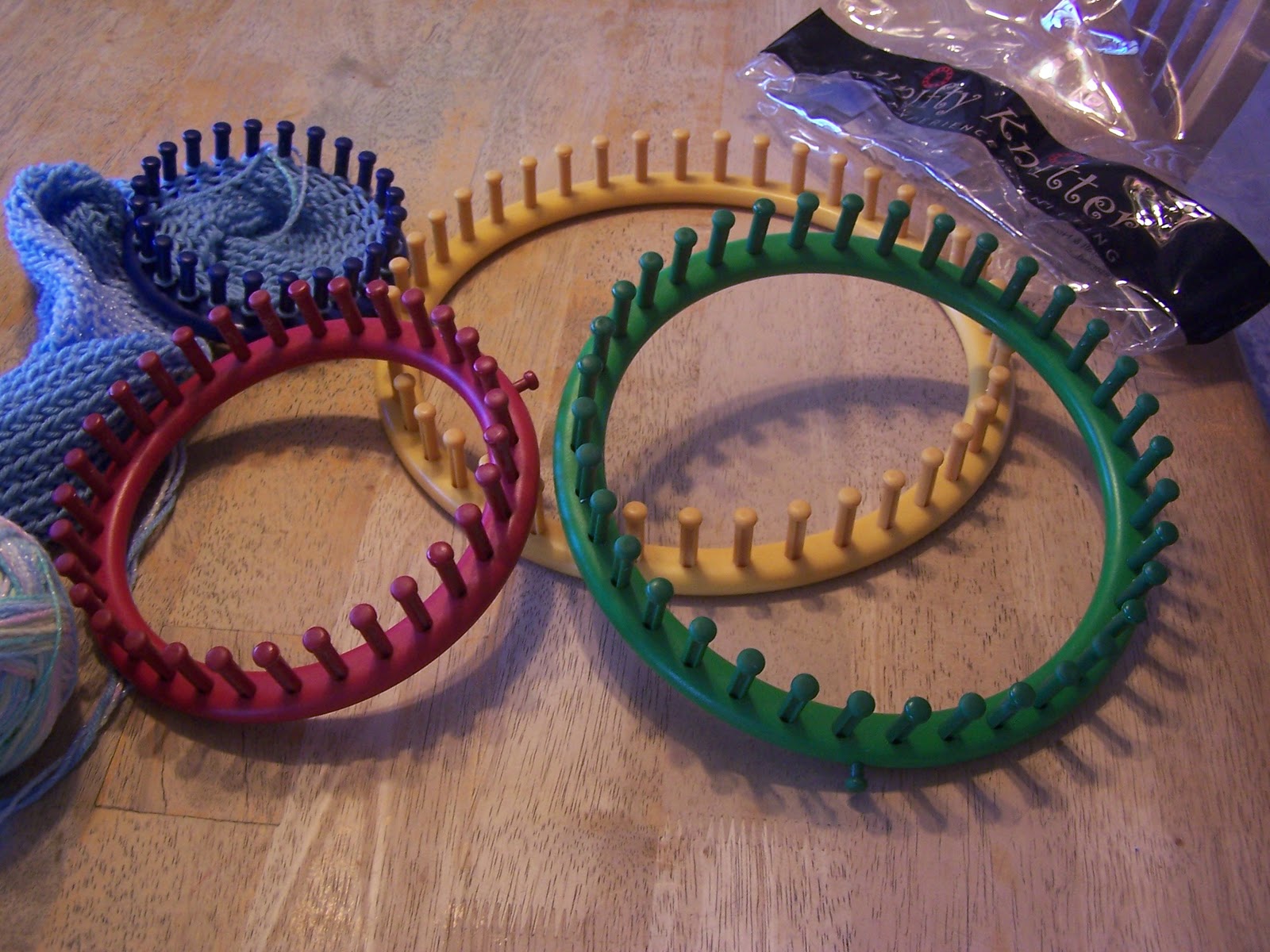 I did it! I made my first hat on my loom ... in less then 24 hours.  Granted, I thought it was going to be an adult size hat, but its only going to fit a small child, but I'm learning.  I don't know how to gauge the sizes of these things yet.  & while I like the look of straight, regular knitting better, this at least feeds my fiber fix that I've been missing so badly.

I do have to keep an eye out though on Harvey Dent. He just keeps staring at the looms.  They are round.  Which to his eyes are his favorite toys - Frisbees.  If you follow me on Instagram or Twitter, you know his destructive ways are still in full force... it would be nothing for him to tear up a loom... or two... or three...

So Brad & Angelina got married... & the whole word rejoices?  Apparently... not in my world.  In my world, I'm like, "That's nice... move on"... but its on every entertainment page over & over & every entertainment news show.  Its not like they haven't been together for the longest time & a dozen kids ago...

The one thing that irks me is how they still, STILL, bring up Jennifer Aniston.  I heard on a show last night, "I think they planned their wedding because Jennifer Aniston has a new movie coming out & she's doing press for it"... really?  REALLY?  & one of the headlines I saw just this moring said, "Jennifer Aniston looks sad about Brad & Angelina"... oh my gosh people... MOVE ON!

For the record, I think Justin Theroux is WAY hotter then Brad Pitt...


Are you #TeamJennifer or #TeamAngelina?  #TeamBrad or #TeamJustin?
Do you loom knit? (send me some tips)
What are your long weekend plans?