This week I am Thankful For:
{Numbers go with my One Thousand Gifts Journal / just ignore}

322/ Mammogram OK!
WHEWWWWW!!!!
There is nothing more nerve wrecking than sitting there waiting for the radiologist to read it to let you know how everything looks.
If you missed my post a few weeks ago, they found a spot in November but they said it was too small to worry about & to just keep an eye on it & get mammograms every 6 months for awhile.  This was the day.  & everything was OK. The spot is still there, but they said it looks exactly the same - no change at all, which makes them think its some sort of cyst. But they'll keep an eye on it & do another diagnostic mammogram in 6 months!  Thank you Jesus!!!

323 / Comfort Cross
This totally had my hands busy while waiting for my results.  It really was comforting to hold it & rub how smooth it was while I was talking God's ear off while sitting in the waiting room alone. 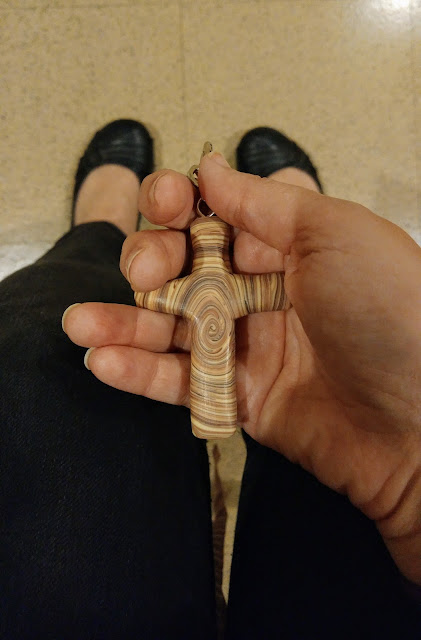 324 / Ricky show up.
The hubs had an electrician meeting us at the house at the same time my mammogram appointment was. (He totally forgot when he scheduled the electrician)... he called the electrician & told him he couldnt help it, he was just going to be late getting there - so when I got out of the radiology place, he was there waiting to hear the results.  My love.

325 / Bed Rail.
Ricky couldnt take it any longer - the stress of Bruno in the bed.  So he ordered a kid's bed rail.  & let me tell you, its perfect. It's just enough to keep him from falling. I think he likes it too because he goes right up to it & will lay his head right by it.  No more falls out of the bed for our little blind man. 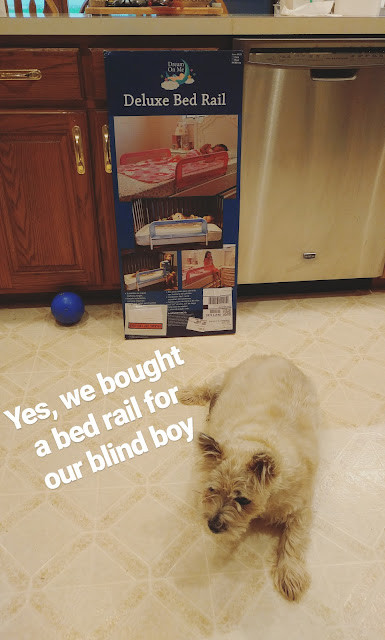 328 / Reading instead of working out.
I decided to just take the week off from working out since the half marathon. I've got a new plan starting next week to get my 10k distance down to a good pace & a comfortable run - but not this week. I've been enjoying reading & listening to the rain.  Reading in the rain is like my top notch thing in the world to do.


329 / Ricky home for treadmill delivery.
Read Monday's post if you dont know about this nightmare. I'm just so glad the hubs was home to basically do what we paid $150.00 for this sketchy guy to do.

331 / Day off!!!!
I had  few things planned for Saturday but the weather canceled everything out & let me tell you - it was GLORIOUSSSSSSSS to have a real day off.  I want more.  Seriously.

332 / Girls Day Out with Joysters!!!
Since we were in between Bible Studies, we took the day to just have a fun time. I think we need to make this a tradition to do in between every Bible Study from now on.


333 / Free Ticket!!!!
All the movie going has paid off! Earned enough credits to get a free movie ticket.  I'll take it!

334 / Seeing Beauty & the Beast with my Grandbuddy.
OK.  I have to say, I have grand sons so when I finally got a GIRL Grand buddy, I knew I was going to emphasis Beauty & the Beast & the love for Belle to her as soon as I could.  I never knew she was going to love it as much as I do though. It's so fun to see it all through her soon to be 3 year old eyes.  & when she came to the movie with us, I knew I had to sit next to her so we could sing & gasp & smile together.  Chasity took some pictures of us while we were watching it & these just make my whole world.

She is such an dramatic little thing & her reactions throughout the movie was fantastic.  At the end, she grabbed her mommy's arm & leaned into it ... "OHHH MOMMMYYYYY - the BEASST is DYYYINNNGGGGG"... OH my heart. I cant get enough of it.


335 / Beauty & the Beast Surprise!
I came home & the hubs said, I found something you might like.  I thought it might be a new coffee to try or a candy bar... nope, he found me a Belle sign.  He said he really liked the drawing on it & he knew I'd like it too.  My love knows me. 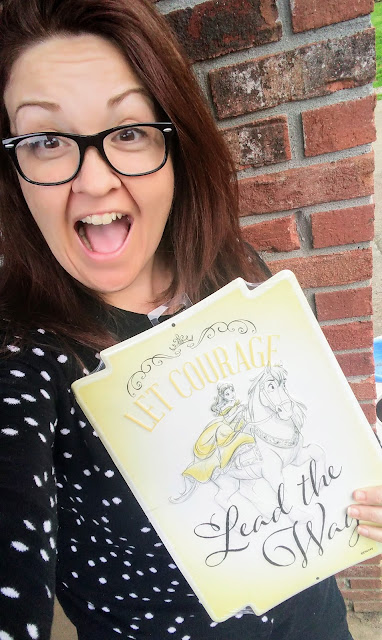 336 Camera Leggings.
I've talked how much I've been loving my LulaRoe leggings lately. But when someone pointed out to me camera leggings - you KNOWWWW I had to have them. I so love them!  They may be my favorites yet. 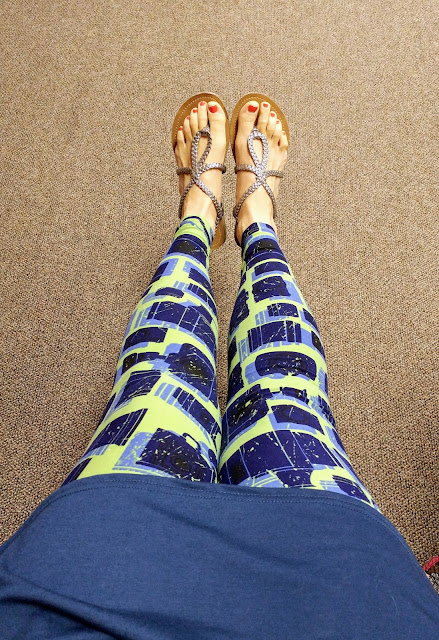 337 / Two for one tennis game.
So I've been going to watch my niece play tennis & its been a double bonus because one of my MSM girls is always on the tennis team.  Love rooting them both on.  So when they played against each other this week, I loved getting to watch them on the same court.  & of course, I was rooting for both sides.  No losers in my book.  (They had actually played doubles on the same team the day before but I didnt get to make that away game) 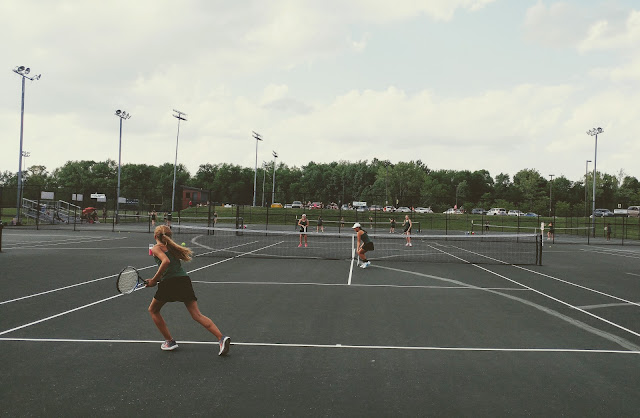 Thank you Lord!  I am truly Thankful!!!

So tell me something good about your week!!!