Nobody puts Patrick Swayze in a corner....

Anyone else see all these commercials for the new Dirty Dancing coming up in a few weeks? 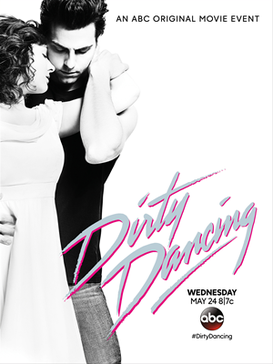 I'm not sure how I feel about it.

First of all, I think its strange how everything is being remade - like there are no new ideas in the world so we have to remake classic shows & movies with new characters - but keep the same plot & story line.

I'm looking at you Beaches 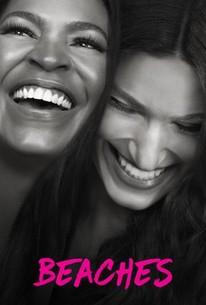 (& side note - Beauty & the Beast totally gets a free pass on this topic... you can never make that movie too much) #truth

& I'm not sure if I feel like this new Dirty Dancing is stomping on toes either.

Because it looks like its going to be kinda good.

Maybe because I love the story.

Throw in dancing in basically any movie & I'm there, with bells on, ready to fall in love with the movie.

Life just needs random dancing scenes & everyone in a crowd knowing the choreography of how the main person is feeling.  It just needs to be a real life thing.

The original came out when I was in high school. 1988.  The time of life when you are the nerdy girl & you want the cool, bad boy to fall in love with you.

& plus, there was Cynthia Rhodes, with legs for days - & I remember she was married to Richard Marx - one of the singers of the 80's / 90's with great hair.  I just thought she was so beautiful to watch.

I think Nicole Scherzinger is taking her role in the new one... which she's a Louisville girl so I already appreciate her in that part.

I was so enchanted with this movie... & this was before Beauty & the Beast came out & Baby's dad was going to graduate to one of my favorite people in the world - Lumiere!!! 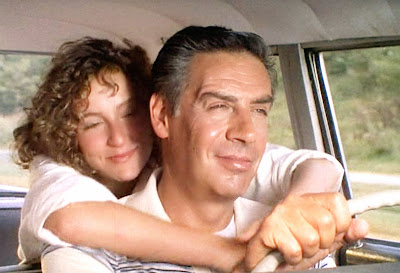 I'm not even joking when I say, I had the soundtrack on an ALBUM growing up.  I bet I still have it somewhere.

& lest you dont remember these days of long ago - there was actually the original soundtrack & then they added another one that came out later "More Dirty Dancing"... I had them both. 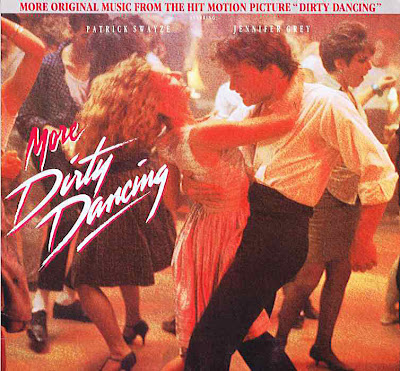 & I played them all the time.

I even went & saw  Dirty Dancing in Concert.

The original dancers from the movie went around & danced on stage to some of the songs. I sat in the 2nd row.  I still remember every thing about it.

Eric Carmen was there singing his song "Hungry Eyes"... & they had other people there singing the big song "Time of My Life"... & of course, dancers with the big lift happened.  & it felt like you were watching Johnny & Baby in real life.

Of course, being 16 years old, I tended to be dramatic anyways, so I totally got into this concert & convincing myself I was back Kellerman's Resort.... carrying a watermelon.

It was a great concert.

If you didnt live back in those days, when all this came out, it was a big deal.  Like people were SHOCKED by it.
Dirty Dancing was soooo.... DIRTY.

Funny to think that now, isn't it? In a world where twerking is a thing & when people dance, you sometimes have to avert your eyes because of how on top of each other they can get.  Times, they are a changing.

But for me, with this new one, I'm just anxious to see how the role of Baby & Johnny get played out.

Jennifer Grey will always be Baby. Always. She even got a nose job to try & get away from being Baby.  Nope, still doesnt work. She's Baby ... forever more.

For some reason, I dont mind that Abigail Breslin is going to be the new Baby.

I think I just love her because she's loved dance since her younger days... anyone else ever see Little Miss Sunshine?

The guy who was a rough looking, tough guy - but who could dance.
The guy in the leather jacket that could do the mambo.
The guy who had slicked back hair & everyone looked up to, who wanted to plan a big dance for the year end of a season.

This new guy portraying Johnny has big shoes to fill...

I cant imagine how he's going to do it.

Good for him for attempting it.

I just know I'm going to hold my breath when the big moment arises & he says THE line of the movie....

Even if he's great in this role.  If he nails everything else.  He'll still never be Patrick Swayze.

But I'll be watching & reliving the days of being a teenager & loving the idea that a boy can sweep you off your feet, twirl you on the floor & lift you over his head... just to show you he loves you.


Are you going to watch?

Did you love the original?

Anyone else go the concert or remember the big craze of the "Dirty Dance"?