The weekend that had it all...including an extra day

Can we all confess how badly we want 3-day weekends to be a normal thing in life?

Friday had me stopping to celebrate the long weekend by getting a Frappe... a free on with my reward stars. That always makes it taste even more yummy. 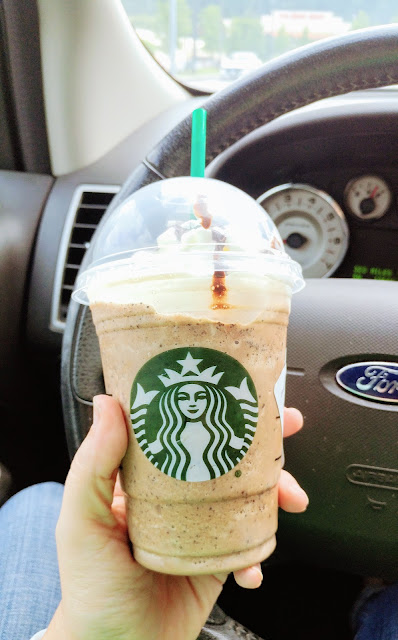 I didnt eat any dinner for the night so I figure those calories balanced out.

But I ended up sitting out there reading this book that I had just started the night before...

& I ended up sitting outside & reading it until I was finished.

I can't believe I did that. I never just sit & read a whole book... it was heavenly. 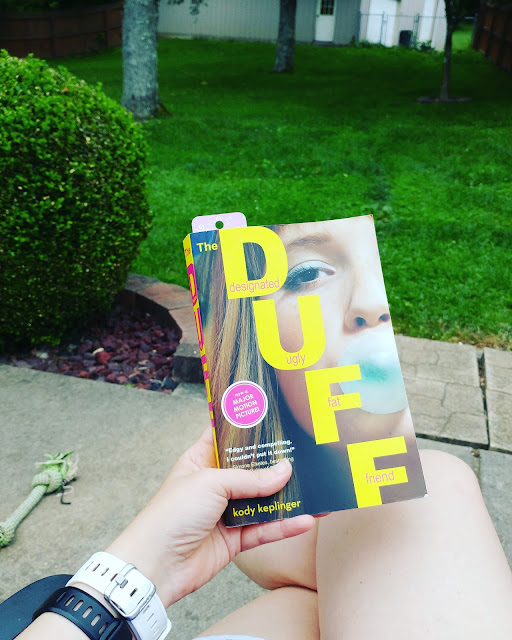 & then I was shocked it was 2 in the afternoon & I had spent 5 hours sitting in that same position.

Guess you could say the book had its hold on me.

Ricky &I had run down to get some dinner & I was sure I was going to run into everyone I knew because I didnt have on any make up. Luckily, I survived that one without bumping into someone.

We arent appetizer kind of people, but Ricky wanted to try something new... they are called Sauer Balls... they are fried balls of sauerkraut. OH MY GOSH - they were AMAZING. The waitress brought us some Thousand Island dressing with them because she said she liked it... I cant get over how good they were. 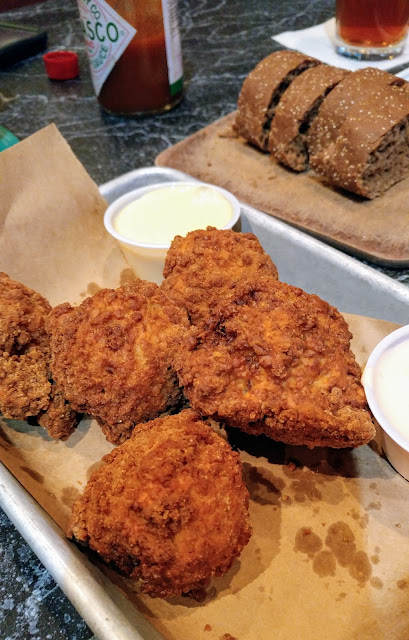 Needless to say, we were so stuffed from these that we had a big TO GO bag to take home.

Ricky needed to run into Home Depot, which is like torture to me... so for payback, we also ran over to do a Target run.  I was good with that. 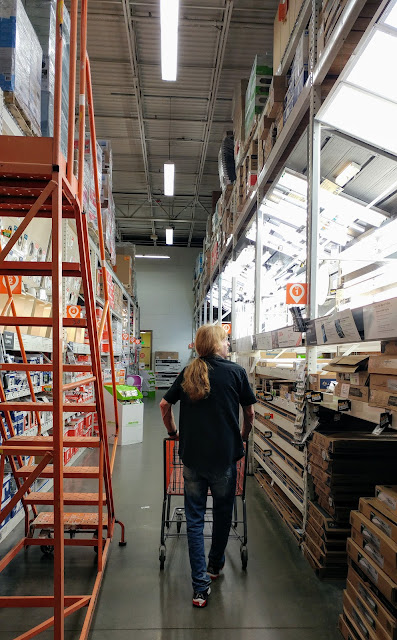 Sunday had me at church - with only one more MSM meet up for the year next week. I can't believe that.  So sad.

But after that, we changed our bible study time so I had 3 hours to kill.... so Ricky & I went to Sam's Club to shop around & where I could buy some fresh pineapple... yum!  & then we went to grab some lunch at McAlisters.  I love they have changed their menus that now show the calories... which is kind of shocking on some dishes. YIKES.

We kicked off our new study & had new faces join in ... & it was just so wonderful to get some good discussion going & to kick off our study of BREATHE by Priscilla Shirer... we can tell that its going to be a good study for everyone.

Because we start late now, I ended up not getting home till nearly 8... yikes.

I'm glad it was a long weekend just for that reason.

Monday, I ended up sleeping in till 8. THANK YOU LORD> That's how you do a long weekend!!!!

But I was so productive on Monday, I was actually amazed.

I got my closet switched over... which was sort of depressing going through clothes that are a little snugger this year than last. But I'm going to turn that to motivation & not depression.  Right?

& while I was cleaning out my closet, I ended up finding a box that I wasnt even sure what was in it.  It was like finding a time capsule. It held so many things from when Ricky & I first started dating... & cards from friends... & concert & movie tickets. We found a movie ticket where it cost $4.00 for the movie. WHAT?!?!? Have we been together a long time or what?


& then I ended up cleaning up my library which is a job in itself. That room has turned int our 'catch all' room -  especially around Christmas - so I still have wrapping stuff & boxes & gifts that we bought at the end of the year for next holiday all laying around in there. It was exhausting... & I still have a load to do.

I do have a bunch of books I need to give to my reading friends too that have those little free libraries in their area.  I have a LOADDDDDD.

Between my closet & the library, I have a HUGE load that will be going to Goodwill soon.

I wasnt about to cook dinner after all the work for the day, so Ricky let me pick Beef O'Brady's for dinner - some place he's never been a huge fan of - but it looks like they've changed up their menu & we were both happy.


& then it's always depressing to know that a weekend is winding down - especially a long weekend.

But at least this one was full of friends, of reading, of productivity... it doesnt get any better than that.